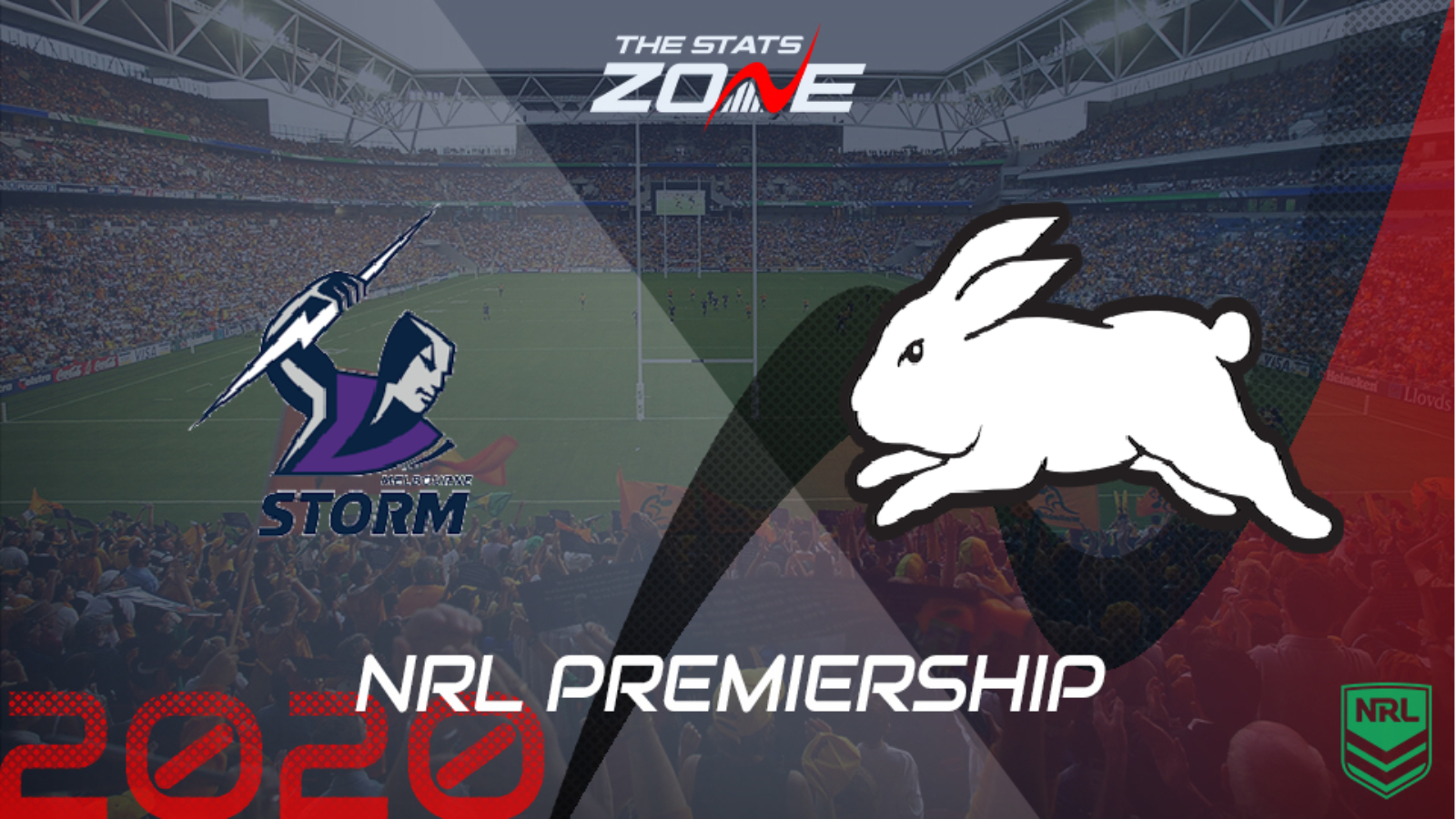 What is the expected weather for Melbourne Storm vs South Sydney Rabbitohs? 8c, partly cloudy

What channel is Melbourne Storm vs South Sydney Rabbitohs on? Sky Sports Arena will be televising selected NRL games in the UK and you can find their schedule here. For Australian broadcasters, you can find a list here

Where can I stream Melbourne Storm vs South Sydney Rabbitohs? If televised on Sky Sports, then subscribers will be able to stream the match live via Sky Go. Alternatively, the match will be available to subscribers of Watch NRL

Where can I get tickets for Melbourne Storm vs South Sydney Rabbitohs? No tickets are available as NRL matches are currently taking place behind closed doors

Melbourne Storm have felt the wrath of head coach Craig Bellamy this week as he voiced his displeasure at their performance in their loss to Canberra Raiders in Round 3. That usually invokes a response which spells bad news for South Sydney Rabbitohs who lost out in their derby to Sydney Roosters last week. The Rabbits have lost on all of their 15 previous trips to Melbourne and they look set for more misery here with the Storm likely to be more clinical than they were last week. If that is the case, South Sydney’s defence does not look capable of keeping them at bay having conceded almost double the amount of points than their hosts through just three rounds and the Storm's superior defence should ensure that they are able to cover the -6 handicap.