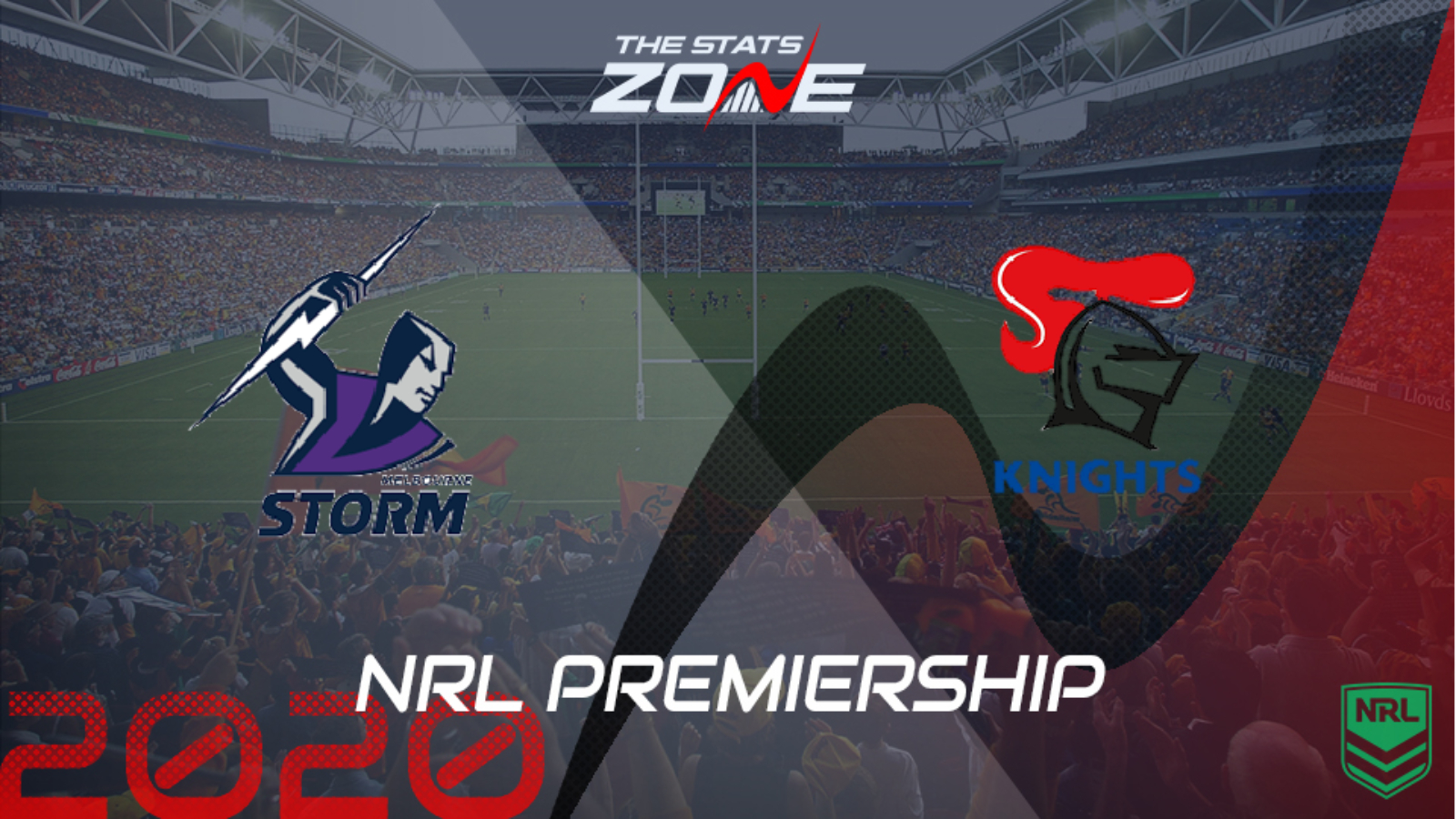 What is the expected weather for Melbourne Storm vs Newcastle Knights? 19c, mostly sunny

What channel is Melbourne Storm vs Newcastle Knights on? Sky Sports Arena will be televising selected NRL games in the UK and you can find their schedule here. For Australian broadcasters, you can find a list here

Where can I stream Melbourne Storm vs Newcastle Knights? If televised on Sky Sports, then subscribers will be able to stream the match live via Sky Go. Alternatively, the match will be available to subscribers of Watch NRL

Where can I get tickets for Melbourne Storm vs Newcastle Knights? Click here for ticket information on 2020 NRL matches

Newcastle Knights could barely have put in a worse performance than the one they served up last week as they allowed Canterbury Bulldogs to earn just their second win of the season. It was a terrible showing from the Knights and if there is not a reaction in this game with Melbourne Storm, things could get messy with the Storm capable of putting them to the sword. That is exactly what Melbourne did to Newcastle last week and having won five games in a row as well as beating the Knights in their last eight matches, this is set to be a straightforward win for the Storm who should win by at least eight points.