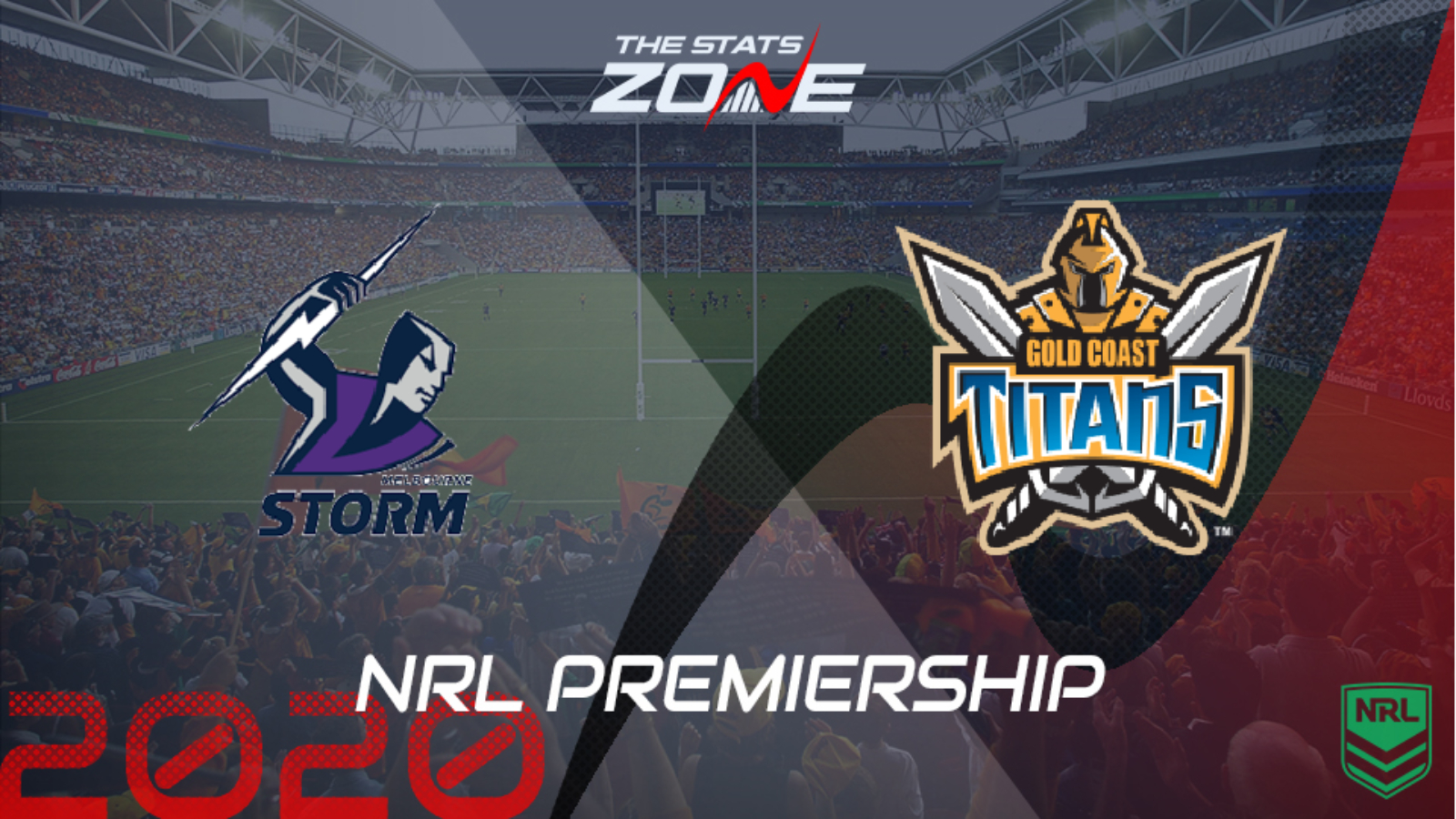 What is the expected weather for Melbourne Storm vs Gold Coast Titans? 17c, clear skies

What channel is Melbourne Storm vs Gold Coast Titans on? Sky Sports Arena will be televising selected NRL games in the UK and you can find their schedule here. For Australian broadcasters, you can find a list here

Where can I stream Melbourne Storm vs Gold Coast Titans? If televised on Sky Sports, then subscribers will be able to stream the match live via Sky Go. Alternatively, the match will be available to subscribers of Watch NRL

Where can I get tickets for Melbourne Storm vs Gold Coast Titans? Click here for ticket information on 2020 NRL matches

Melbourne Storm did a solid job in making it three wins in a row as they were once again able to claim a victory without the presence of Cameron Munster in the halves. He will make his comeback in this contest as they look to make it four successive victories following last week’s win over Canberra Raiders. They come up against Gold Coast Titans who managed to see off New Zealand Warriors last week but this is a different challenge altogether for the Titans who are set to lose a ninth game from 10 against the Storm with the margin likely to be at least 16 points.