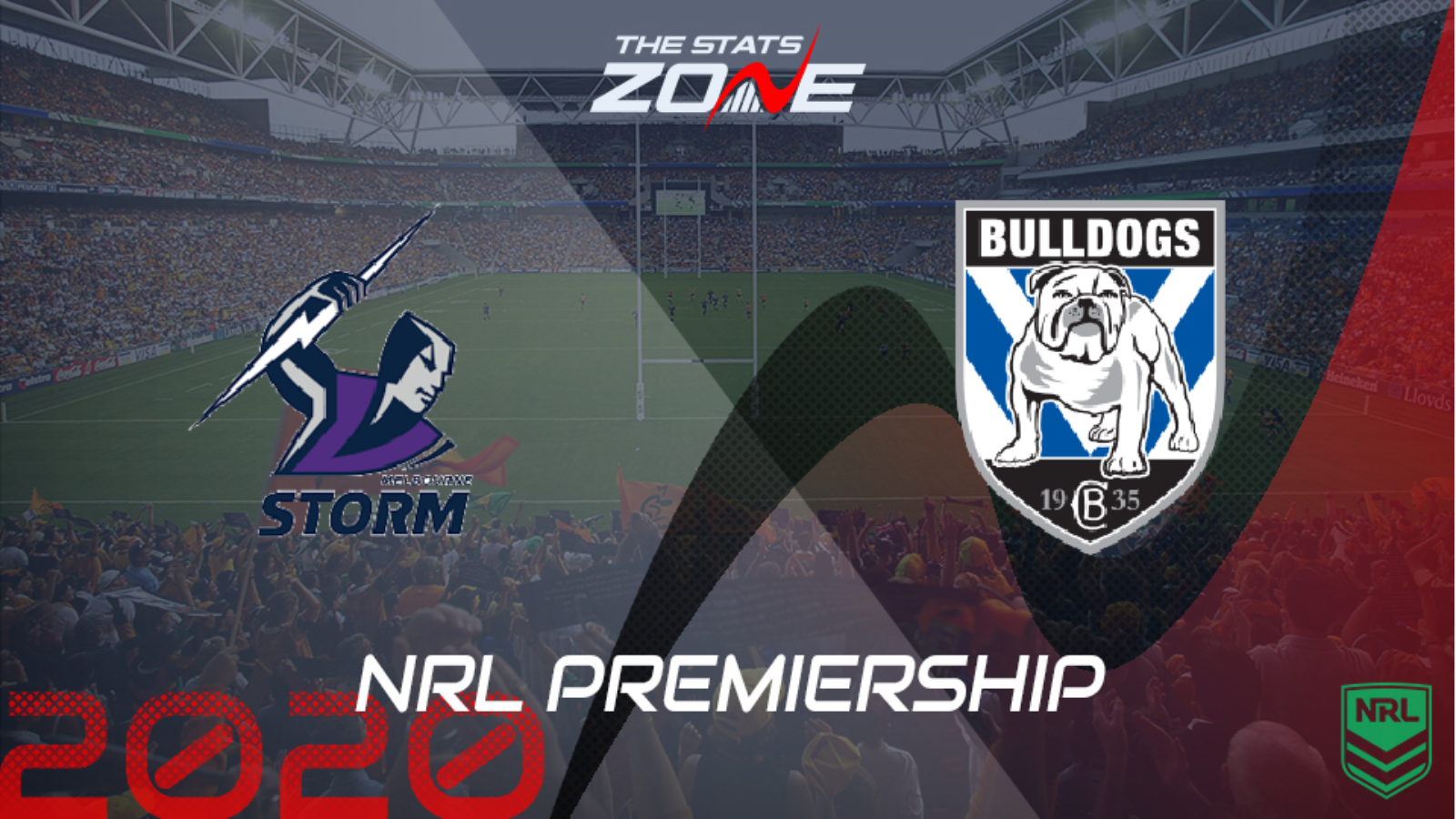 What is the expected weather for Melbourne Storm vs Canterbury Bulldogs? 22c, partly cloudy

What channel is Melbourne Storm vs Canterbury Bulldogs on? Sky Sports Arena will be televising selected NRL games in the UK and you can find their schedule here. For Australian broadcasters, you can find a list here

Where can I stream Melbourne Storm vs Canterbury Bulldogs? If televised on Sky Sports, then subscribers will be able to stream the match live via Sky Go. Alternatively, the match will be available to subscribers of Watch NRL

Where can I get tickets for Melbourne Storm vs Canterbury Bulldogs? Click here for ticket information on 2020 NRL matches

Melbourne Storm continued their superb run of form by making it six wins in a row with a victory over Newcastle Knights last week and they will be confident of extending that run as they face Canterbury Bulldogs. Their opponents suffered a narrow loss to Parramatta Eels last week and the Bulldogs will be hoping they can show further signs of improvement here after two solid showings in succession. The Storm are without a couple of their key players but they should still have too much to see off the Bulldogs here, although points may be at a premium with under 42 points likely.