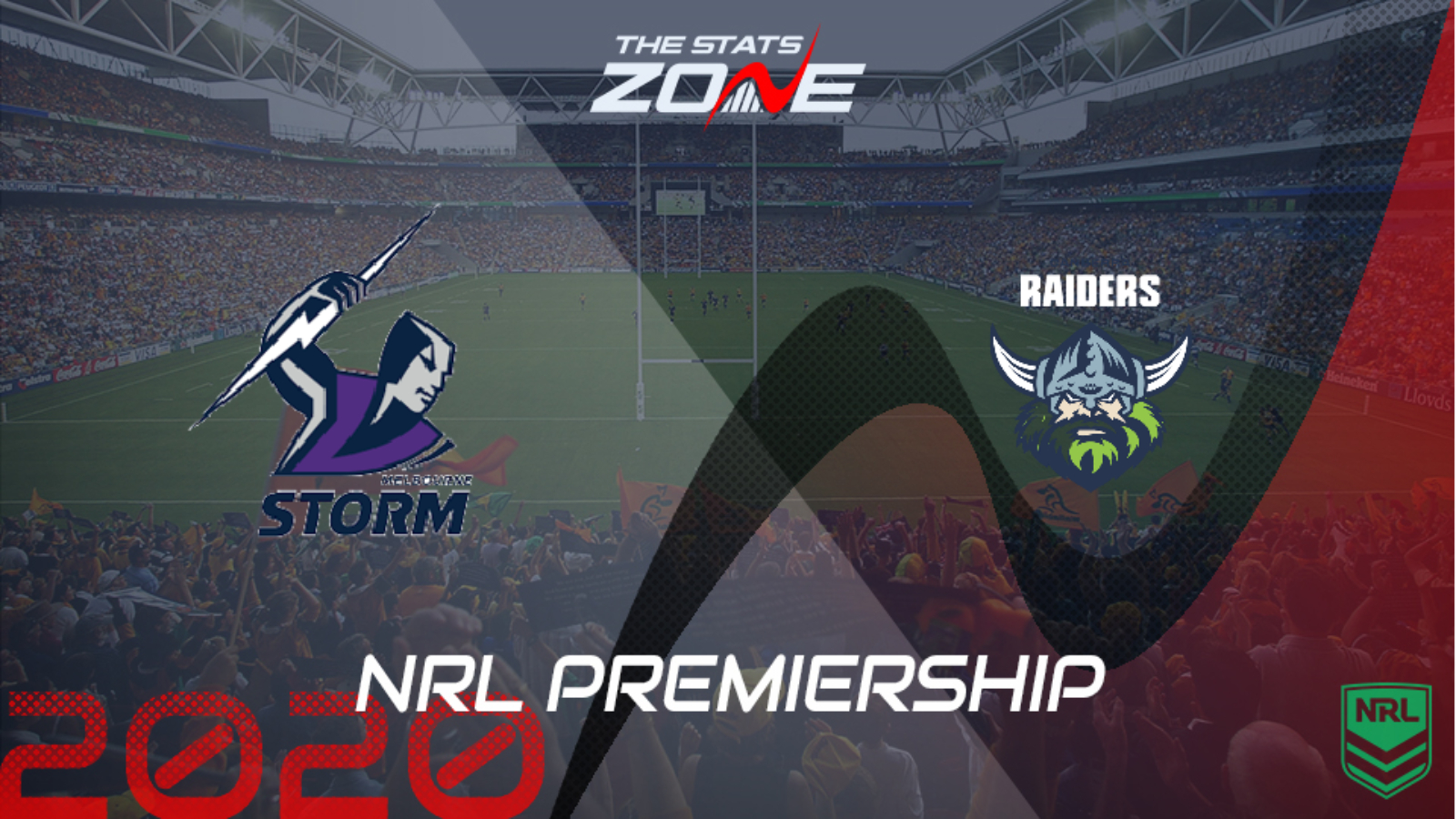 What is the expected weather for Melbourne Storm vs Canberra Raiders? 21c, partly cloudy

What channel is Melbourne Storm vs Canberra Raiders on? Sky Sports Arena will be televising selected NRL games in the UK and you can find their schedule here. For Australian broadcasters, you can find a list here

Where can I stream Melbourne Storm vs Canberra Raiders? If televised on Sky Sports, then subscribers will be able to stream the match live via Sky Go. Alternatively, the match will be available to subscribers of Watch NRL

Where can I get tickets for Melbourne Storm vs Canberra Raiders? Click here for ticket information on 2020 NRL matches

Melbourne Storm and Canberra Raiders will meet in the first of the preliminary finals as they look to book their spot in the NRL Grand Final. The Storm have enjoyed a week off to prepare for this having beaten Parramatta Eels 36-24 in week 1 and they will relish this clash with the Raiders, who looked extremely tired at the end of their energy-sapping win over Sydney Roosters last week. They will have a renewed vigour as they aim to reach their second Grand Final in a row but it will be a tall order against the Storm who could arguably name their strongest 17 for this clash. Canberra have won three of their last four meetings with Melbourne but the fact this is in Brisbane could swing it in the Storm’s favour owing to their incredible record in the city as well as the stadium and with that in mind, Craig Bellamy’s men can do enough to advance to the final.