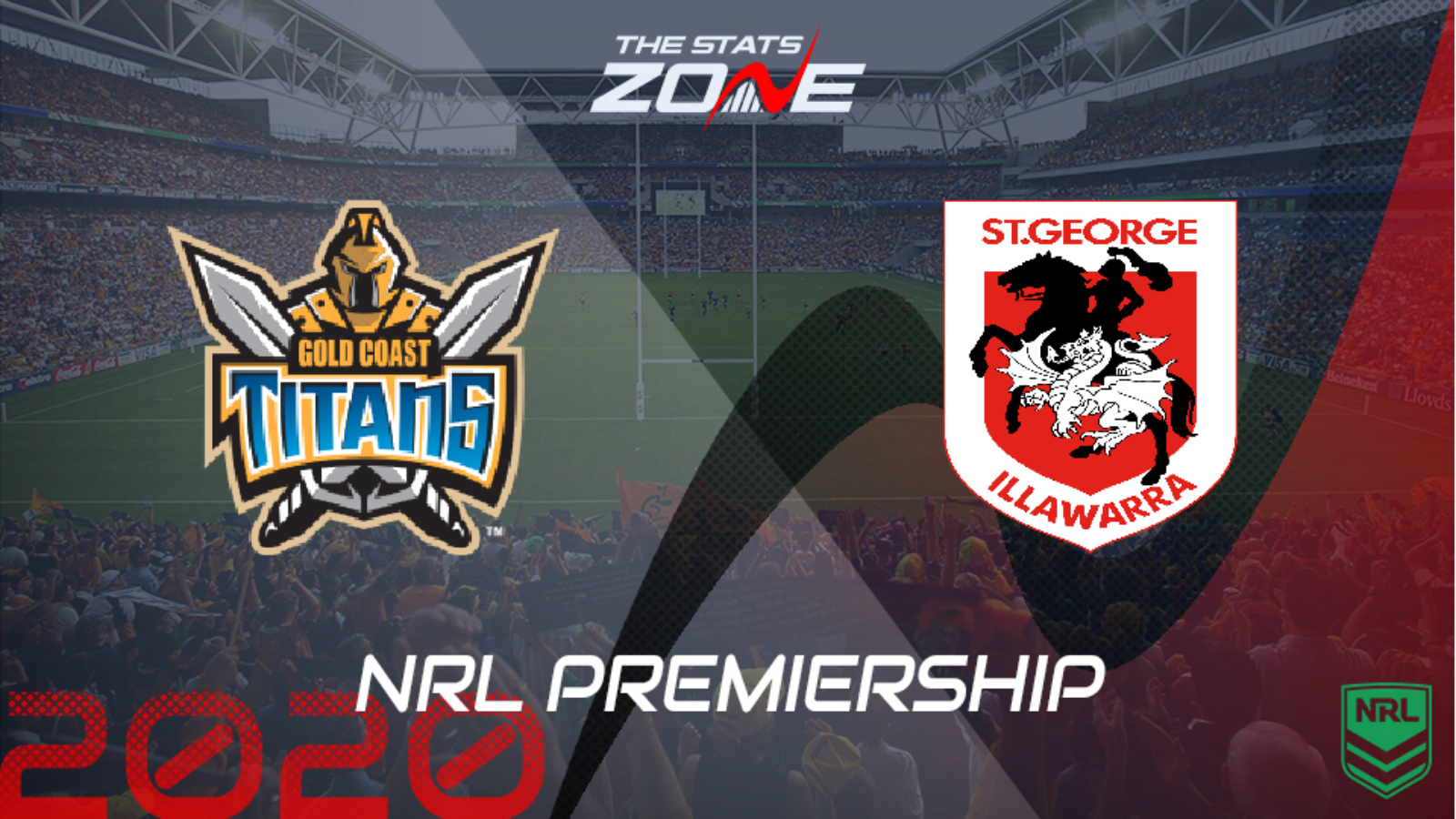 What channel is Gold Coast Titans vs St. George Illawarra Dragons on? Sky Sports Arena will be televising selected NRL games in the UK and you can find their schedule here. For Australian broadcasters, you can find a list here

Where can I stream Gold Coast Titans vs St. George Illawarra Dragons? If televised on Sky Sports, then subscribers will be able to stream the match live via Sky Go. Alternatively, the match will be available to subscribers of Watch NRL

Where can I get tickets for Gold Coast Titans vs St. George Illawarra Dragons? Click here for ticket information on 2020 NRL matches

St. George Illawarra Dragons became the last team to get off the mark in the 2020 season as they came out on top against Cronulla Sharks last week but their challenge will be to back that up here. They face Gold Coast Titans who were outclassed by South Sydney Rabbitohs last week but this is a different level of opposition and they are also boosted by the signing of Corey Thompson from Wests Tigers. The quality on show in this game is unlikely to be the best of the weekend and despite the Titans losing their last four against the Dragons, Gold Coast can come out on top with a +4 start.