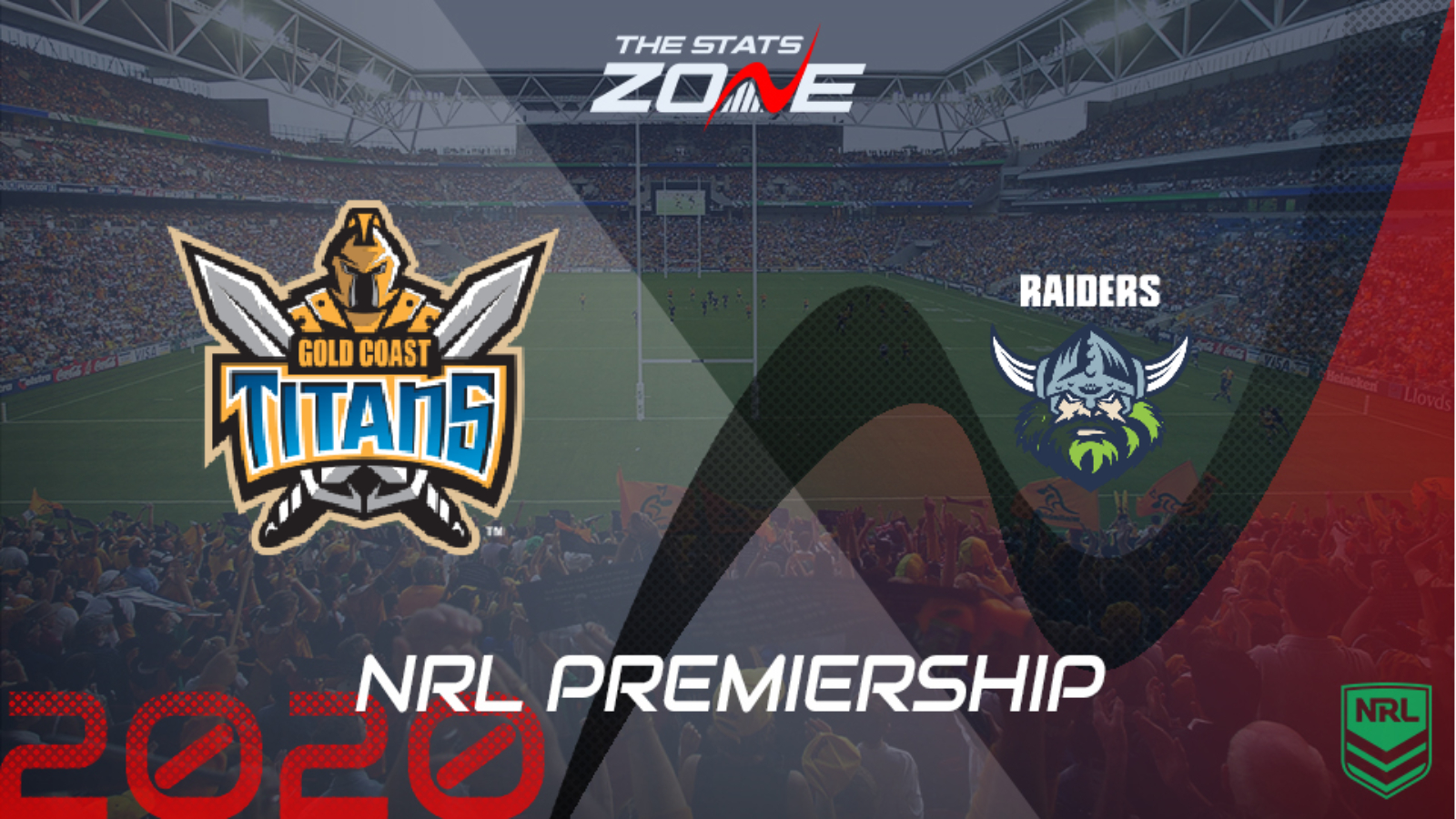 What is the expected weather for Gold Coast Titans vs Canberra Raiders? 20c, sunny

What channel is Gold Coast Titans vs Canberra Raiders on? Sky Sports Arena will be televising selected NRL games in the UK and you can find their schedule here. For Australian broadcasters, you can find a list here

Where can I stream Gold Coast Titans vs Canberra Raiders? If televised on Sky Sports, then subscribers will be able to stream the match live via Sky Go. Alternatively, the match will be available to subscribers of Watch NRL

Where can I get tickets for Gold Coast Titans vs Canberra Raiders? Click here for ticket information on 2020 NRL matches

Gold Coast Titans have shown a marked improvement this season but they will want to add a few more wins before the campaign is over and they must build on performances like last week’s if they are to do so. They were going toe-to-toe with Cronulla Sharks last week but they fell away when captain Kevin Proctor was sent from the field for a bite. They will return to home soil hoping to respond to that but face an in-form Canberra Raiders outfit that have won four of their last five matches. They should be too good once again here but the Titans can at least keep things close and a +12.5 start on the handicap looks generous.