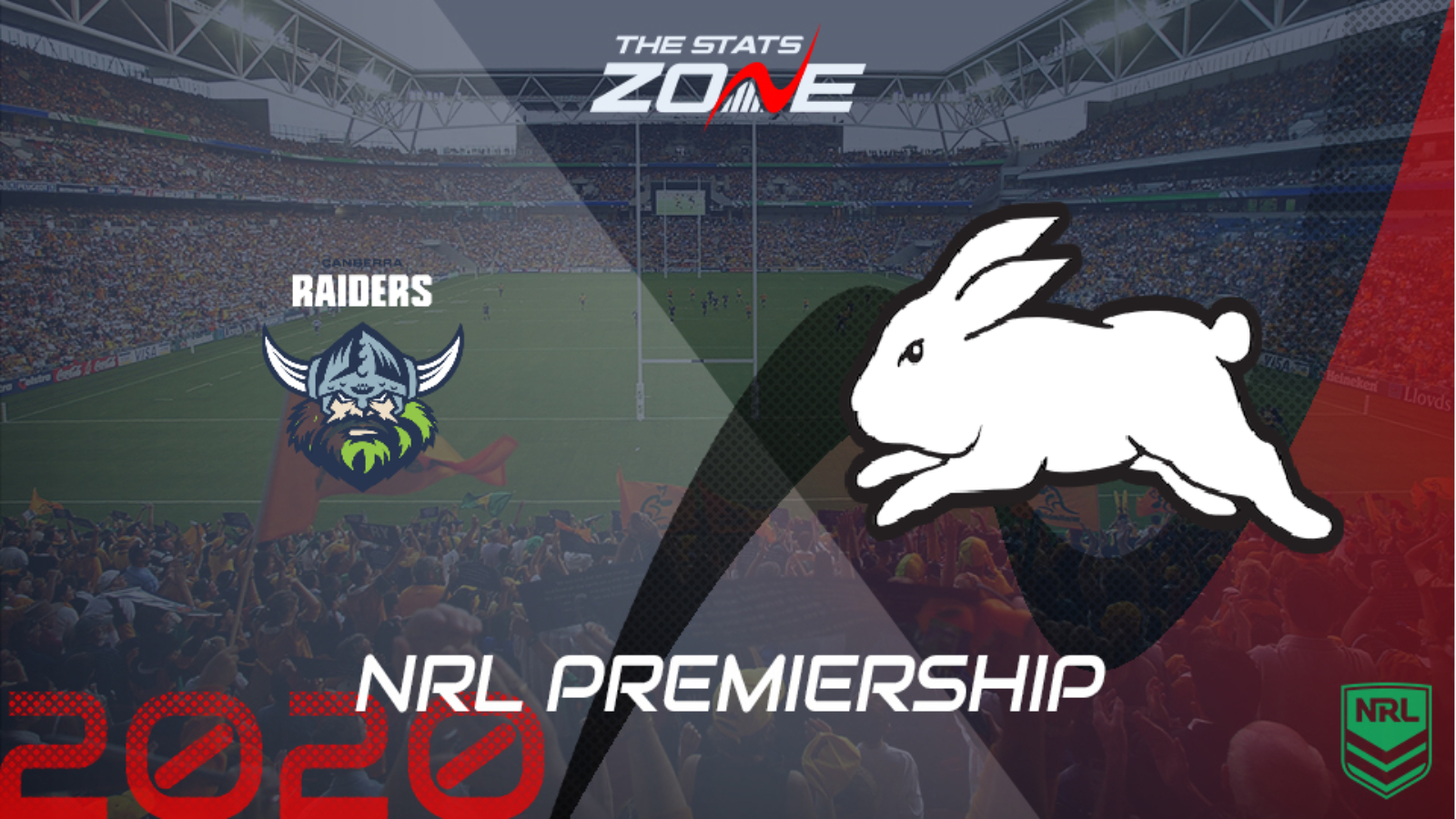 What is the expected weather for Canberra Raiders vs South Sydney Rabbitohs? 8c, showers

What channel is Canberra Raiders vs South Sydney Rabbitohs on? Sky Sports Arena will be televising selected NRL games in the UK and you can find their schedule here. For Australian broadcasters, you can find a list here

Where can I stream Canberra Raiders vs South Sydney Rabbitohs? If televised on Sky Sports, then subscribers will be able to stream the match live via Sky Go. Alternatively, the match will be available to subscribers of Watch NRL

Where can I get tickets for Canberra Raiders vs South Sydney Rabbitohs? Click here for ticket information on 2020 NRL matches

Canberra Raiders and South Sydney Rabbitohs go head-to-head in what could turn out to be an important clash between the two teams. They will both be eager to come out on top as they bid to further cement their spots in the top eight in their first game of the second half of the season with just two points separating the teams at this point. The Raiders put their injury woes behind them last week with a hugely important and impressive win over Sydney Roosters and although they can make it back-to-back wins, the smart play could be on a low-scoring game with the last three matches between the two teams seeing no more than 38 points and that is likely to be the case again in this one.