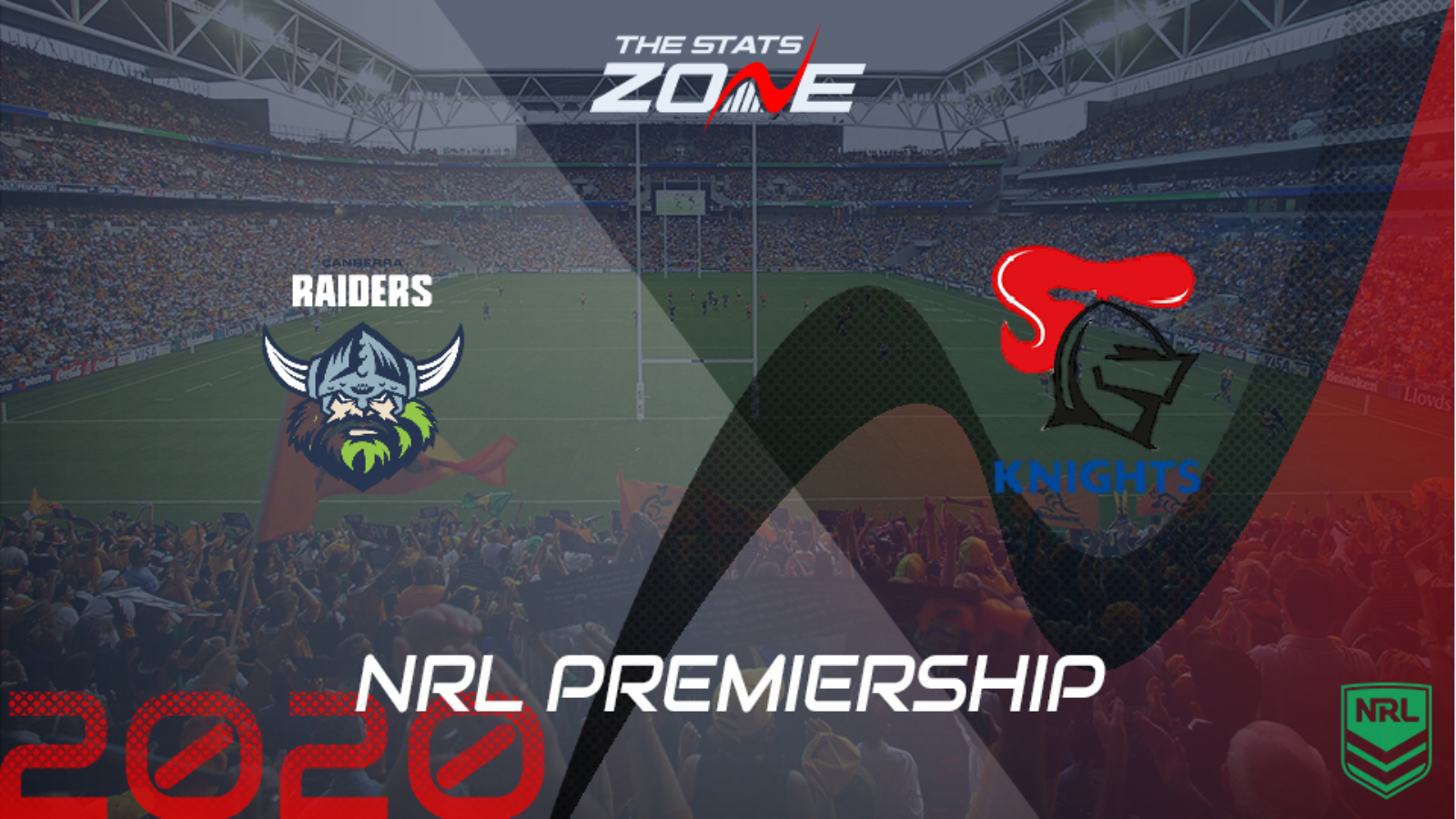 What is the expected weather for Canberra Raiders vs Newcastle Knights? 14c, mostly cloudy

What channel is Canberra Raiders vs Newcastle Knights on? Sky Sports Arena will be televising selected NRL games in the UK and you can find their schedule here. For Australian broadcasters, you can find a list here

Where can I stream Canberra Raiders vs Newcastle Knights? If televised on Sky Sports, then subscribers will be able to stream the match live via Sky Go. Alternatively, the match will be available to subscribers of Watch NRL

Where can I get tickets for Canberra Raiders vs Newcastle Knights? No tickets are available as NRL matches are currently taking place behind closed doors

Canberra Raiders announced themselves as genuine challengers for the NRL Premiership with a brilliant display to put Melbourne Storm to the sword last week. The Raiders are three from three but now come up against another unbeaten side in Newcastle Knights who did superbly to earn a point from their game with Penrith Panthers in extremely difficult circumstances. The Knights showed they could be in for a solid season under new head coach Adam O’Brien but his side will be put under enormous pressure here and are likely to come up short against the Raiders.