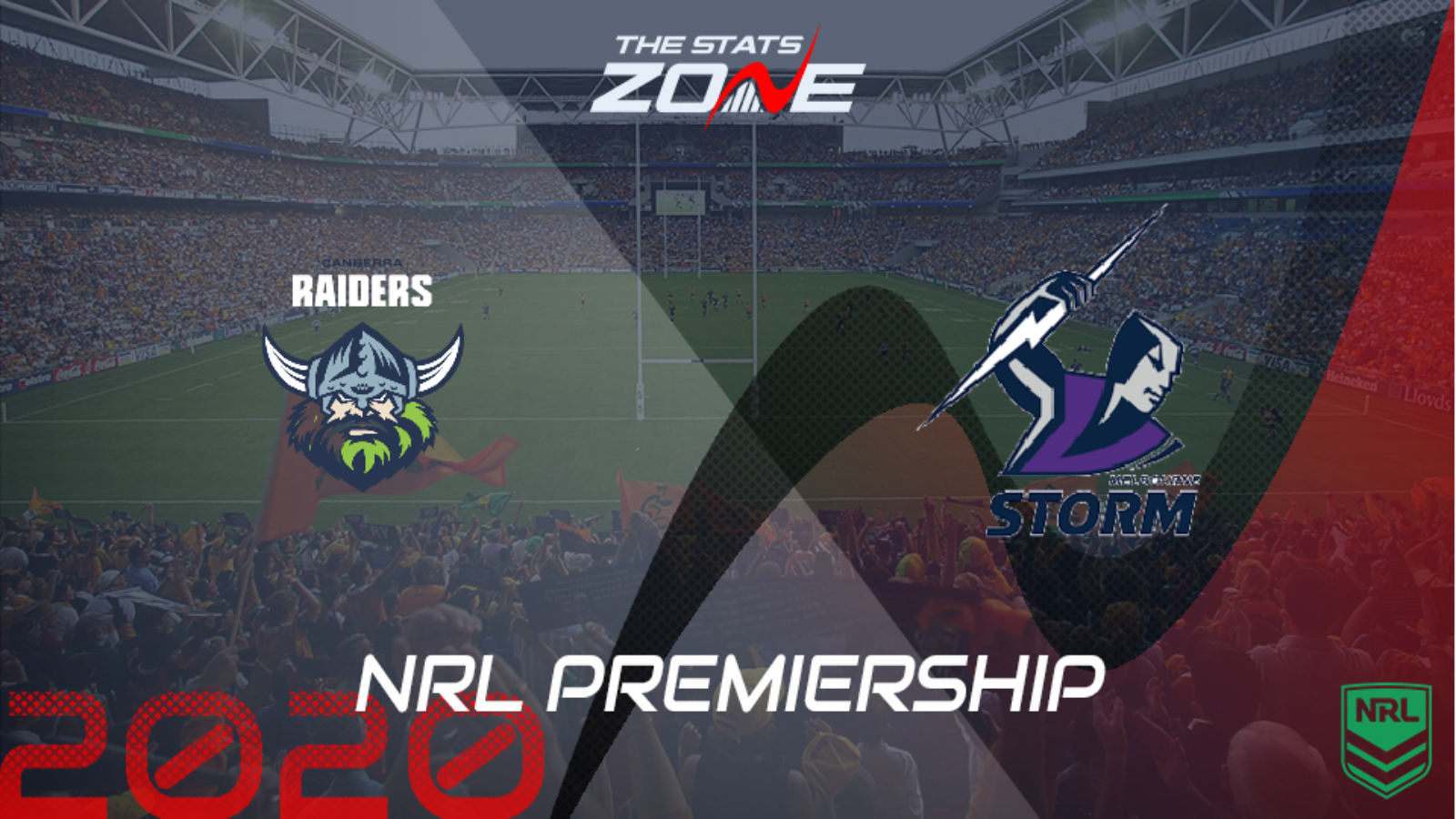 What is the expected weather for Canberra Raiders vs Melbourne Storm? 7c, partly cloudy

What channel is Canberra Raiders vs Melbourne Storm on? Sky Sports Arena will be televising selected NRL games in the UK and you can find their schedule here. For Australian broadcasters, you can find a list here

Where can I stream Canberra Raiders vs Melbourne Storm? If televised on Sky Sports, then subscribers will be able to stream the match live via Sky Go. Alternatively, the match will be available to subscribers of Watch NRL

Where can I get tickets for Canberra Raiders vs Melbourne Storm? Click here for ticket information on 2020 NRL matches

Melbourne Storm were involved in one of the most enthralling NRL matches of all-time as they produced a late fightback to see off Sydney Roosters last week. They will hope to back that up as they head to Canberra to face the Raiders. The hosts won for the first time in three games last week but they still failed to impress and this will be a hugely difficult task, especially with their injury woes in the forwards. The Raiders have won their last three against the Storm but the Storm have won four of their last five since their Round 3 defeat against Canberra and Melbourne can earn revenge for that loss by coming out on top of this one, although a low-scoring encounter is likely.