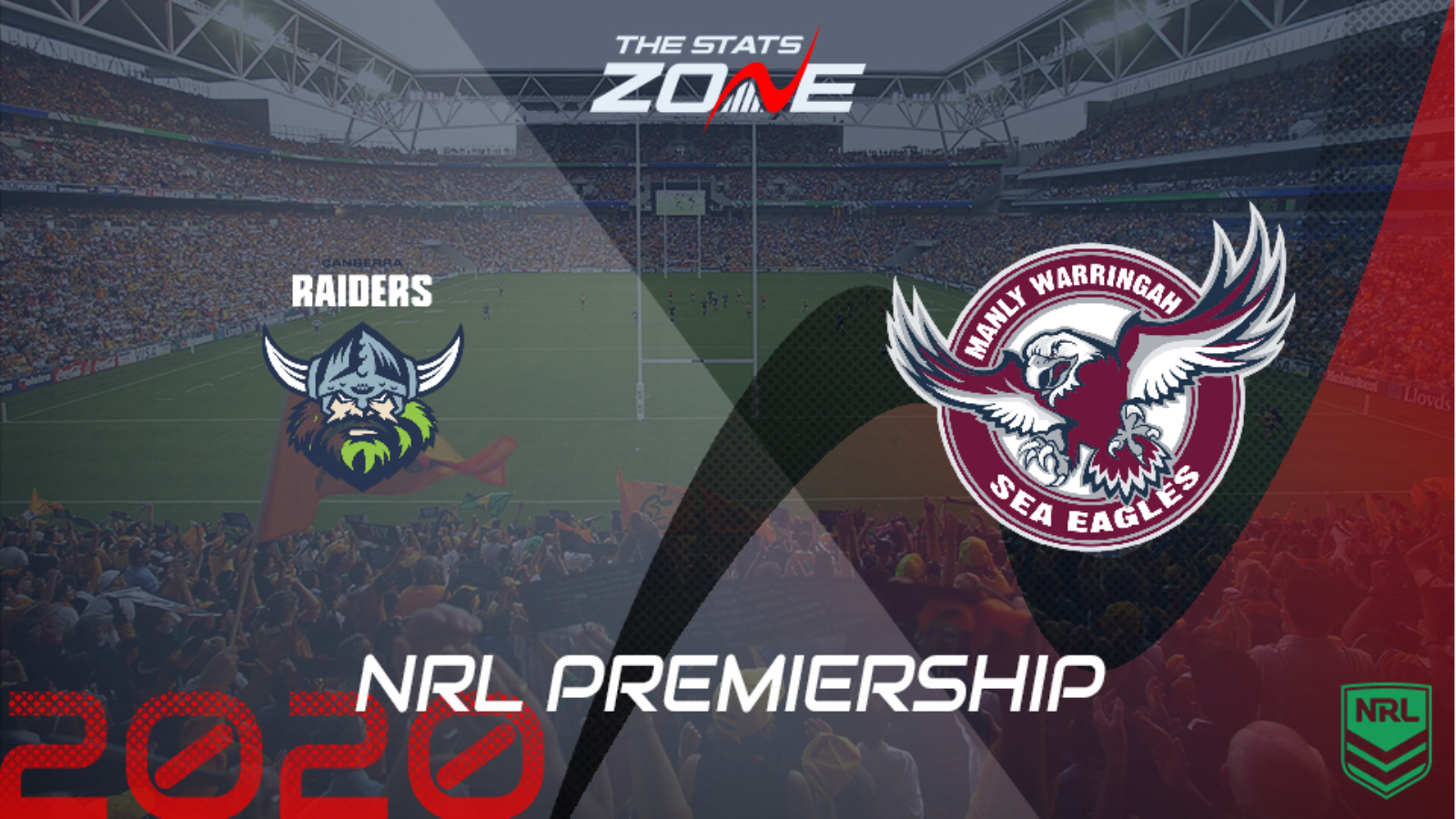 What is the expected weather for Canberra Raiders vs Manly Sea Eagles? 16c, partly cloudy

What channel is Canberra Raiders vs Manly Sea Eagles on? Sky Sports Arena will be televising selected NRL games in the UK and you can find their schedule here. For Australian broadcasters, you can find a list here

Where can I stream Canberra Raiders vs Manly Sea Eagles? If televised on Sky Sports, then subscribers will be able to stream the match live via Sky Go. Alternatively, the match will be available to subscribers of Watch NRL

Where can I get tickets for Canberra Raiders vs Manly Sea Eagles? Click here for ticket information on 2020 NRL matches

Canberra Raiders were underwhelming in their win over Wests Tigers last week and must improve here but the same can be said for their opponents. Manly Sea Eagles had to fight back from an 18-point deficit after a poor start and they cannot afford a similar opening to this contest. Both teams showed glimpses of their quality with the ball last week but need to find greater consistency and Manly’s injury issues may prove to be problematic with Canberra able to come out on top in a low-scoring contest.