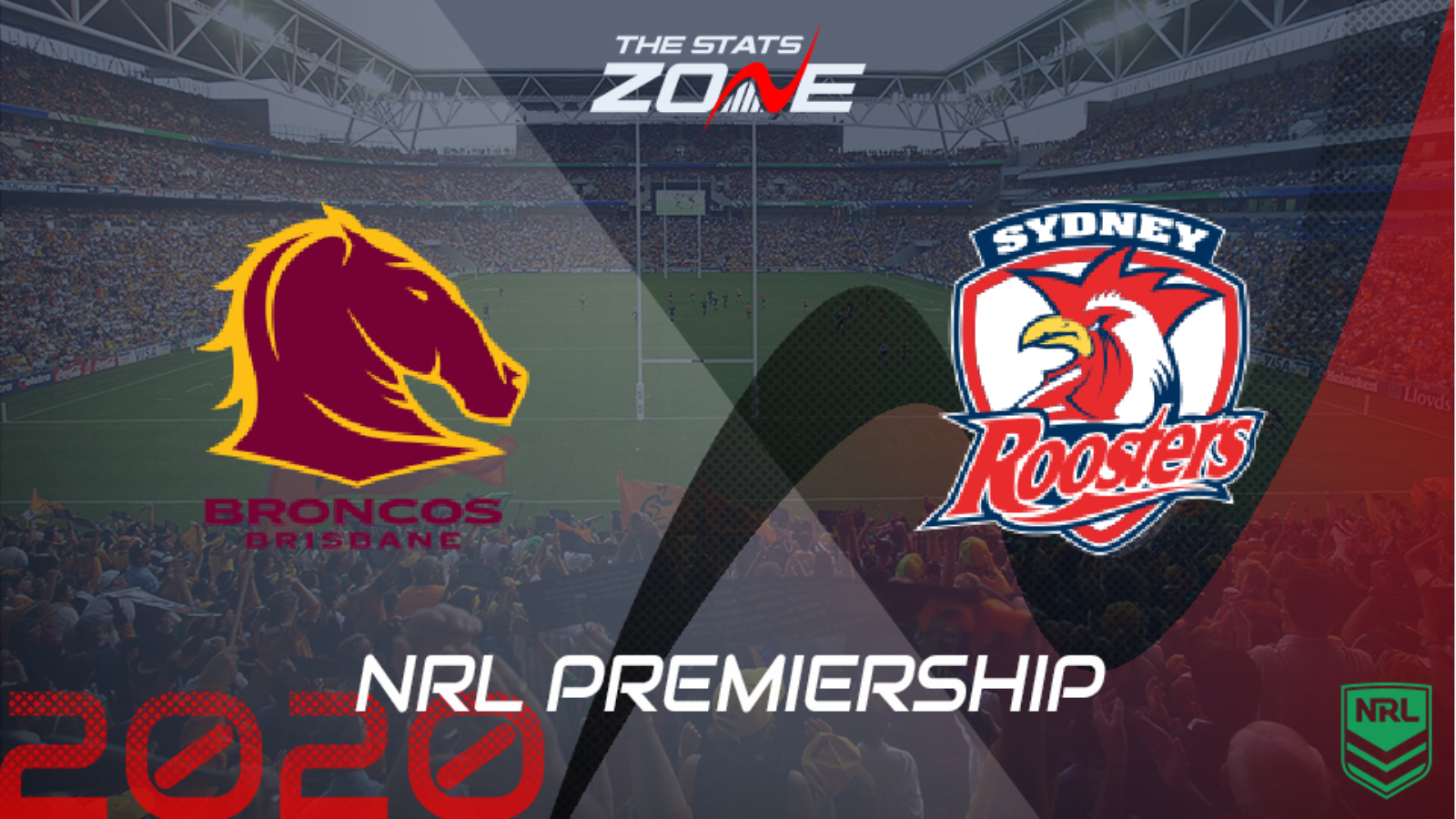 What is the expected weather for Brisbane Broncos vs Sydney Roosters? 14c, clear skies

What channel is Brisbane Broncos vs Sydney Roosters on? Sky Sports Arena will be televising selected NRL games in the UK and you can find their schedule here. For Australian broadcasters, you can find a list here

Where can I stream Brisbane Broncos vs Sydney Roosters? If televised on Sky Sports, then subscribers will be able to stream the match live via Sky Go. Alternatively, the match will be available to subscribers of Watch NRL

Where can I get tickets for Brisbane Broncos vs Sydney Roosters? No tickets are available as NRL matches are currently taking place behind closed doors

Brisbane Broncos put in a display that will have brought back painful memories of last season as they were swept aside by Parramatta Eels in their first game back in action. They face another difficult challenge here as they host premiers Sydney Roosters who collected their first win of the campaign over South Sydney Rabbitohs last week. The Tricolours looked strong on both sides of the ball and a similar performance here will spell trouble for the hosts. Despite losing their last six matches against the Broncos at Suncorp, the Roosters look well set to pick up their first win at this venue against Brisbane since 2014 and should be able to do so by at least eight points.