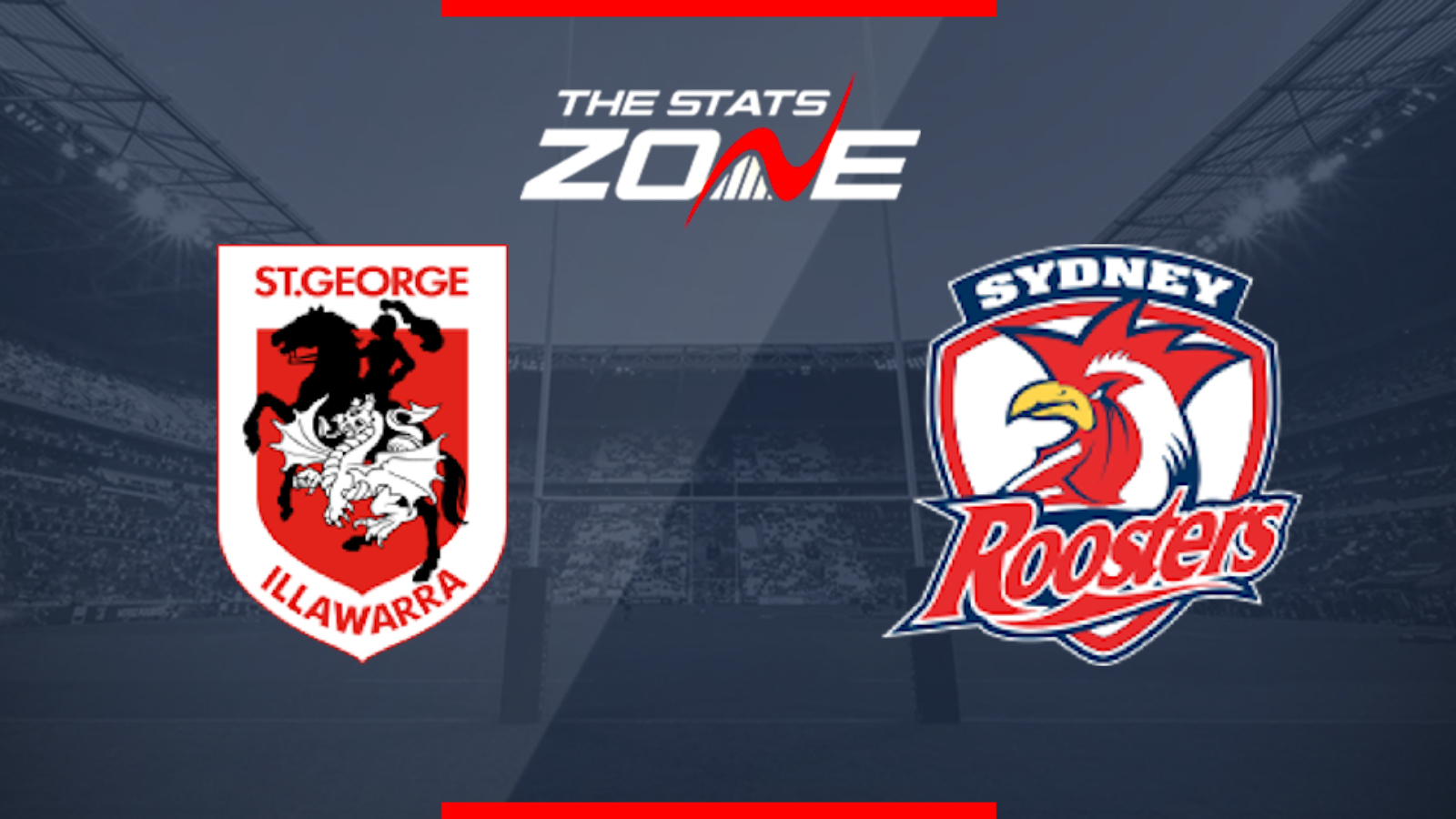 What channel is St. George-Illawarra Dragons vs Sydney Roosters on?
UK – This match will not be televised live in the UK
Australia – Fox Sports

St. George have had a nightmare season on and off the pitch but things could get far worse on it as they face Sydney Roosters here. The Roosters were brilliant last week as they ramped up their preparations for the finals and with the Dragons struggling for form, the away side could win comfortably. St. George will need to be wary of a blow out here with their lack of confidence something which the Roosters could severely punish.