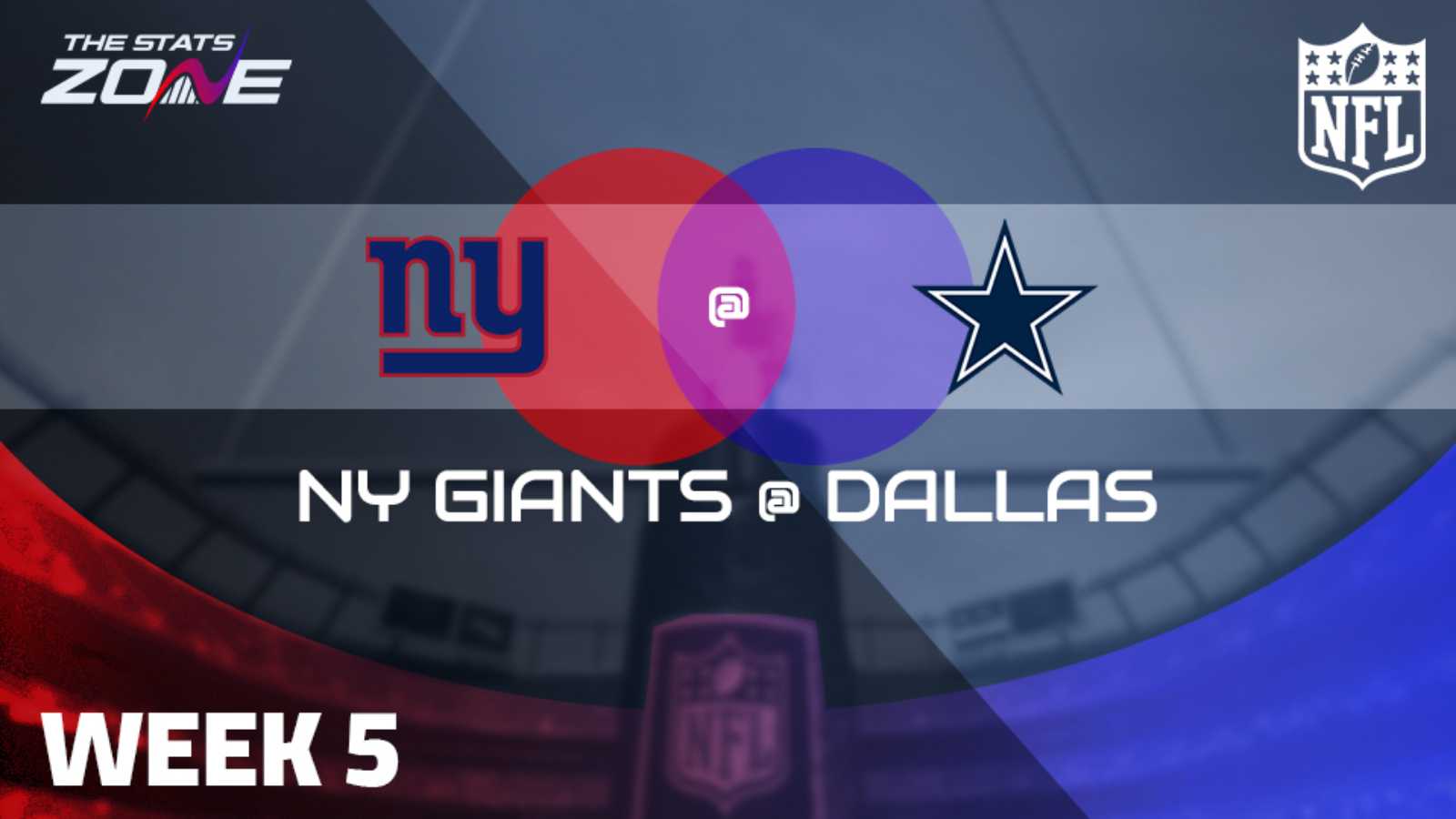 Where can I get tickets for New York Giants @ Dallas Cowboys? Check Ticketmaster for ticket information on selected games

New York Giants shocked New Orleans Saints last week to earn their first win of the season. The Giants prevailed in overtime to lift the building pressure on the organisation but they will be hard-pressed to make it back-to-back wins as they head to Dallas to face the Cowboys. With three straight wins under their belt, the Cowboys sit at the top of the NFC East and having won seven of the past eight matchups against their divisional rivals, the home team look a good thing here. They were very impressive on offense once again in seeing off Carolina Panthers last week and the Cowboys should be able to improve to 4-1 with yet another win to maintain their recent dominance over the Giants.