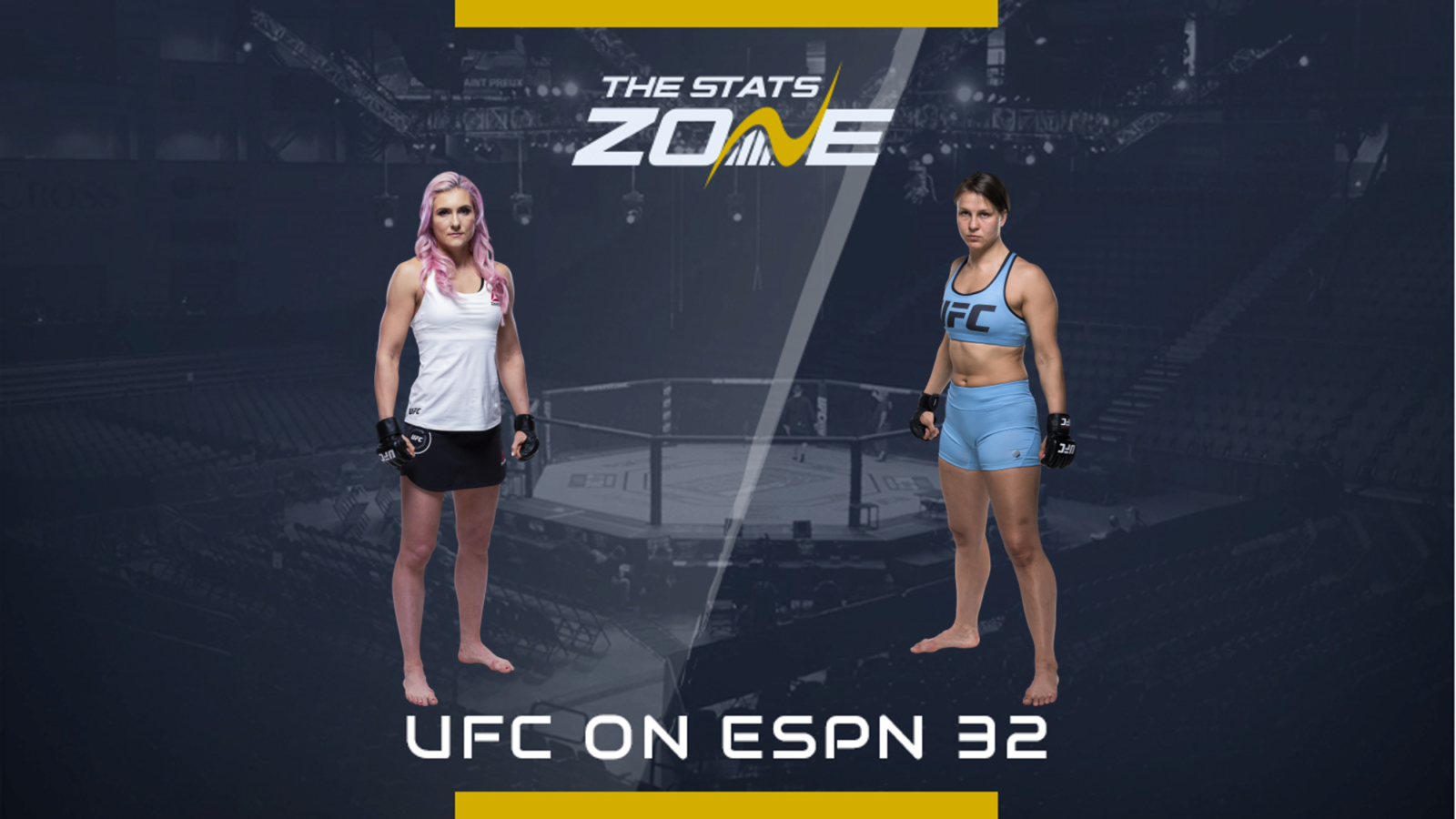 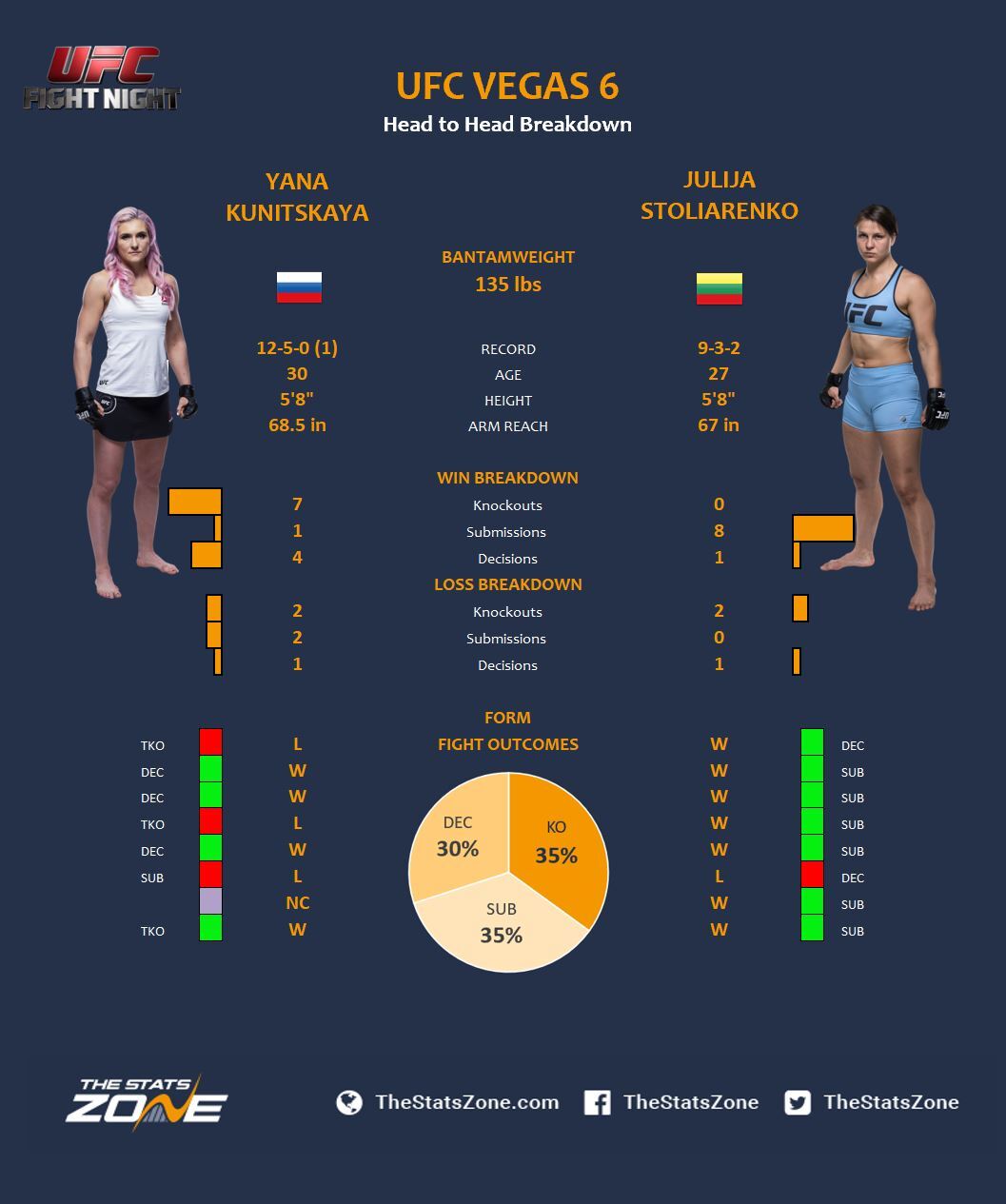 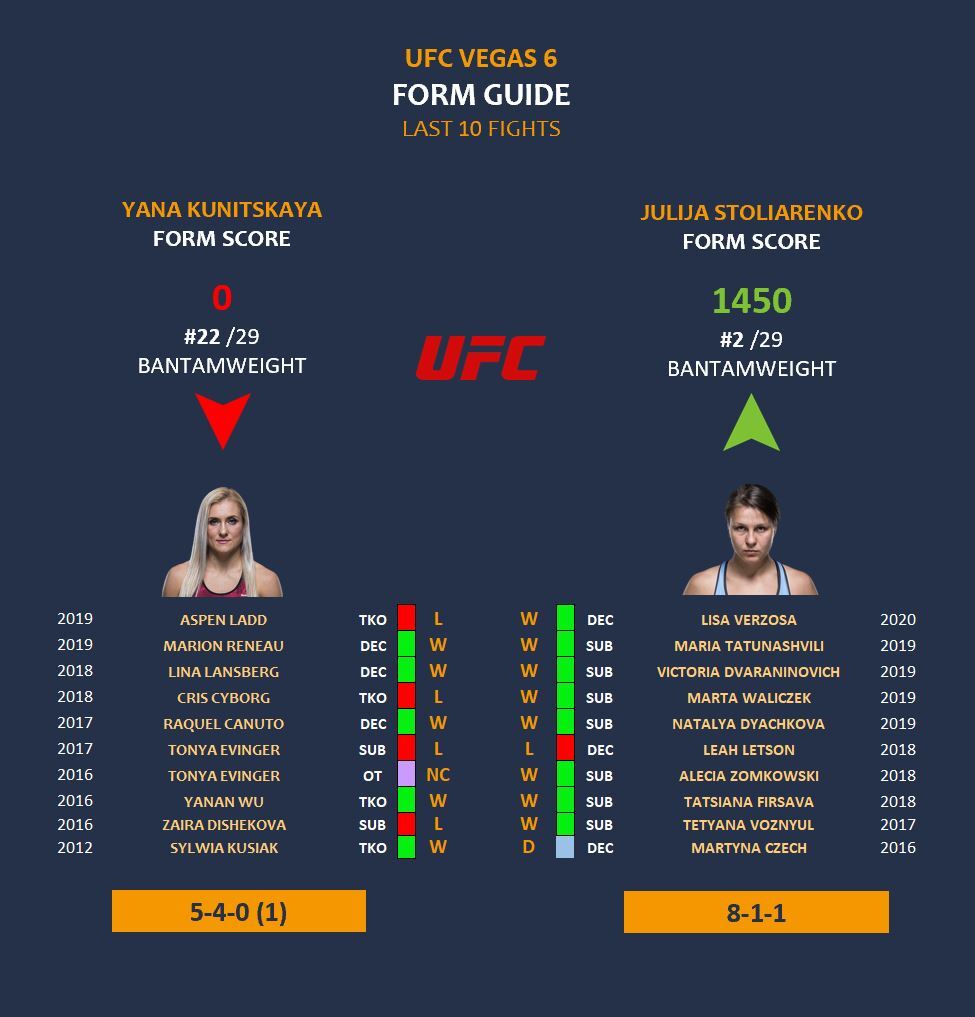 Yana Kunitskaya returns after her TKO loss to Aspen Ladd back in December at UFC on ESPN 7. It is not the first time we have seen a Kunitskaya beat down after she stepped up to fight Cris Cyborg at featherweight for UFC debut – a testament to how game she is. She now welcomes Julija Stoliarenko back to the octagon hoping to build on her two impressive wins over Lina Lansberg and Marion Reneau.

We first saw Stoliarenko back in 2018 on The Ultimate Fighter 28 where she did not quite impress enough to earn a contract. This gave her the opportunity to gain some experience and get some some wins under her belt which she did. She has won five fights on the bounce to spike her form score and she even picked up the vacant Invicta bantamweight title coming out victorious in a bloody war with Lisa Verzosa.

Stoliarenko has all of the form but there is a huge difference in the standard of competition in the UFC. The combined record of her last five opponents is just 12-9 - lacking wins and experience. That said, Stoliarenko absolutely deserves to be in the UFC and has every chance of beating Kunitskaya. She is powerful, aggressive and hard as nails with a successful stint in Lethwei.

Stoliarenko’s clear route to victory is on the ground. She hits hard but she has weak defence and Kunitskaya will find it easy to predict her shots. The Russian’s bread and butter is her striking and she will be working her drilling her takedown defence aware of Stoliarenko’s submission threat.

Stoliarenko will be a constant threat with her power and durability but if she does not get the fight to the ground, Kunitskaya will have fun picking her apart.