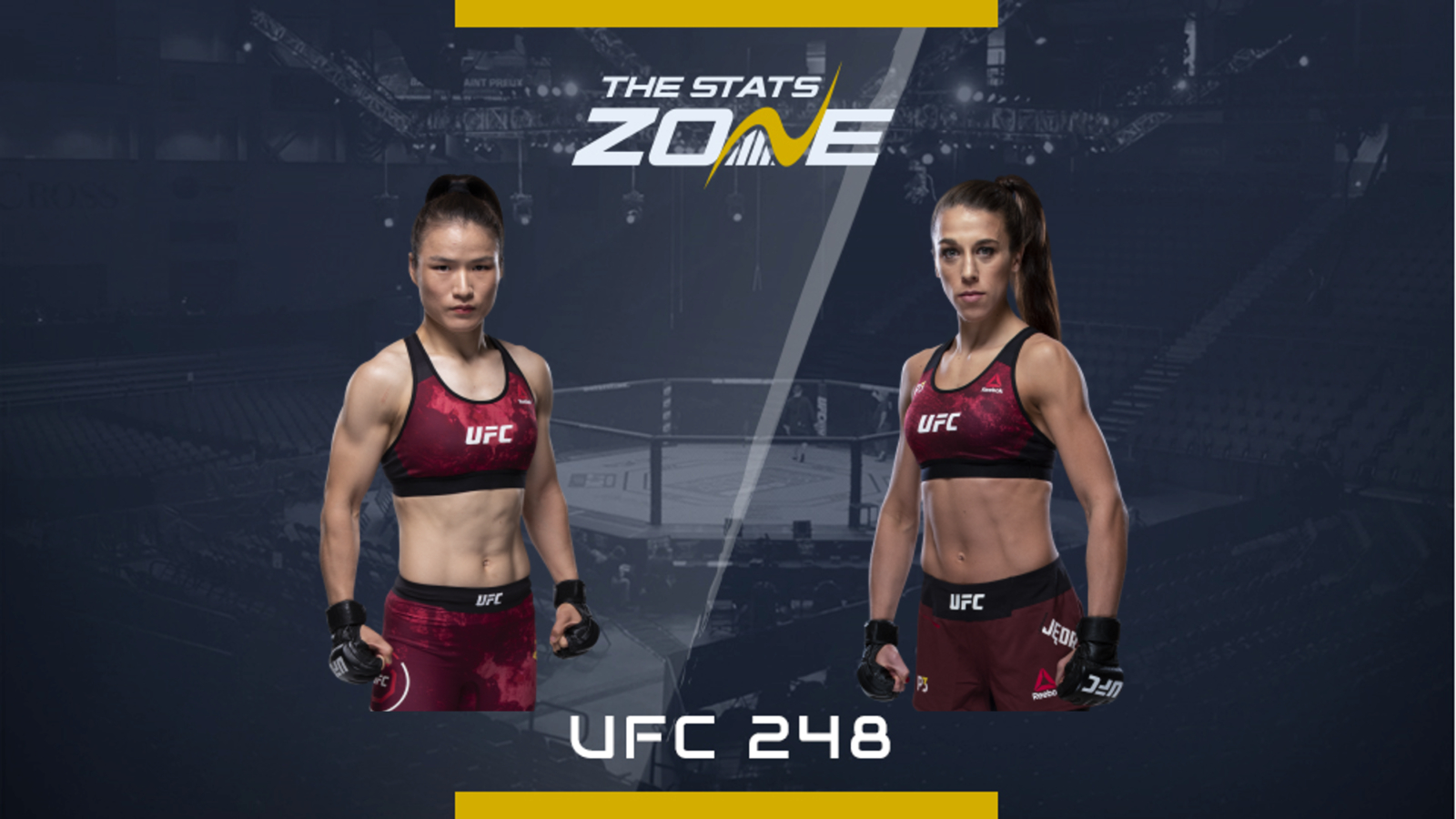 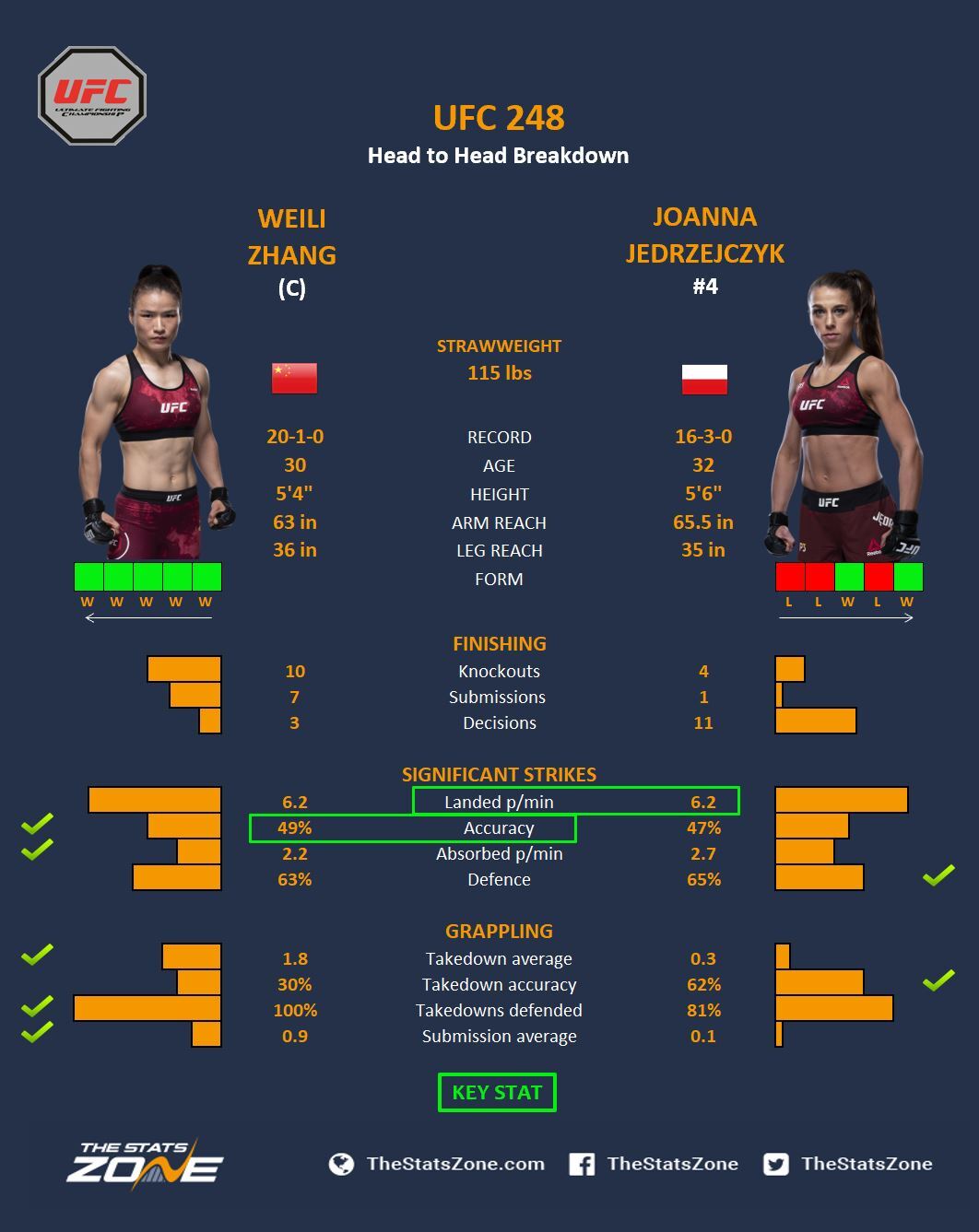 The first championship fight of the night features Chinese sensation Weili Zhang who defends the crown that Joanna Jedrzejczyk kept clean for over two years.

Zhang only appeared on the UFC scene back in August 2018, where she outpointed Danielle Taylor on her debut and then went on to submit Jessica Aguilar but it was after her decision win over Tecia Torres that people began to take notice. At this point she was riding a monster 19-fight win streak and finally proved she can hang at the top of the division. Zhang was then awarded a title shot on home soil against the new champion Jessica Andrade. Everything was set up perfectly for her and she did not disappoint – ruthlessly putting Andrade away in the first round with a flurry of knees and punches.

What a first assignment for Zhang - taking on the most dominant champion in strawweight history. After five title defences Jedrzejczyk lost the belt to Rose Namajunas and failed to avenge that in the rematch. She got back in the winning column with a decision win over Torres but then met the assassin Valentina Shevchenko up at flyweight for the vacant title. She was outclassed in the end but bounced back with another decision win over Michelle Waterson and now she has the chance to recapture the title that became a huge part of her identity.

Zhang is as dangerous as it gets in the strawweight division. She is a powerhouse of an athlete with the technique to match and is improving so drastically we can expect another breath-taking performance.

However, the key factor on paper is that Zhang has never gone past 15 minutes and Jedrzejczyk excels in the championship rounds. If Jedrzejczyk can stay out of trouble for the first two rounds and avoid the power of Zhang, whether that be punches, kicks or her clinch, she can exploit any holes Zhang’s gas tank may have.

If they get into the third round expect Jedrzejczyk to up the output and wear Zhang down with technical combinations to snatch a decision.