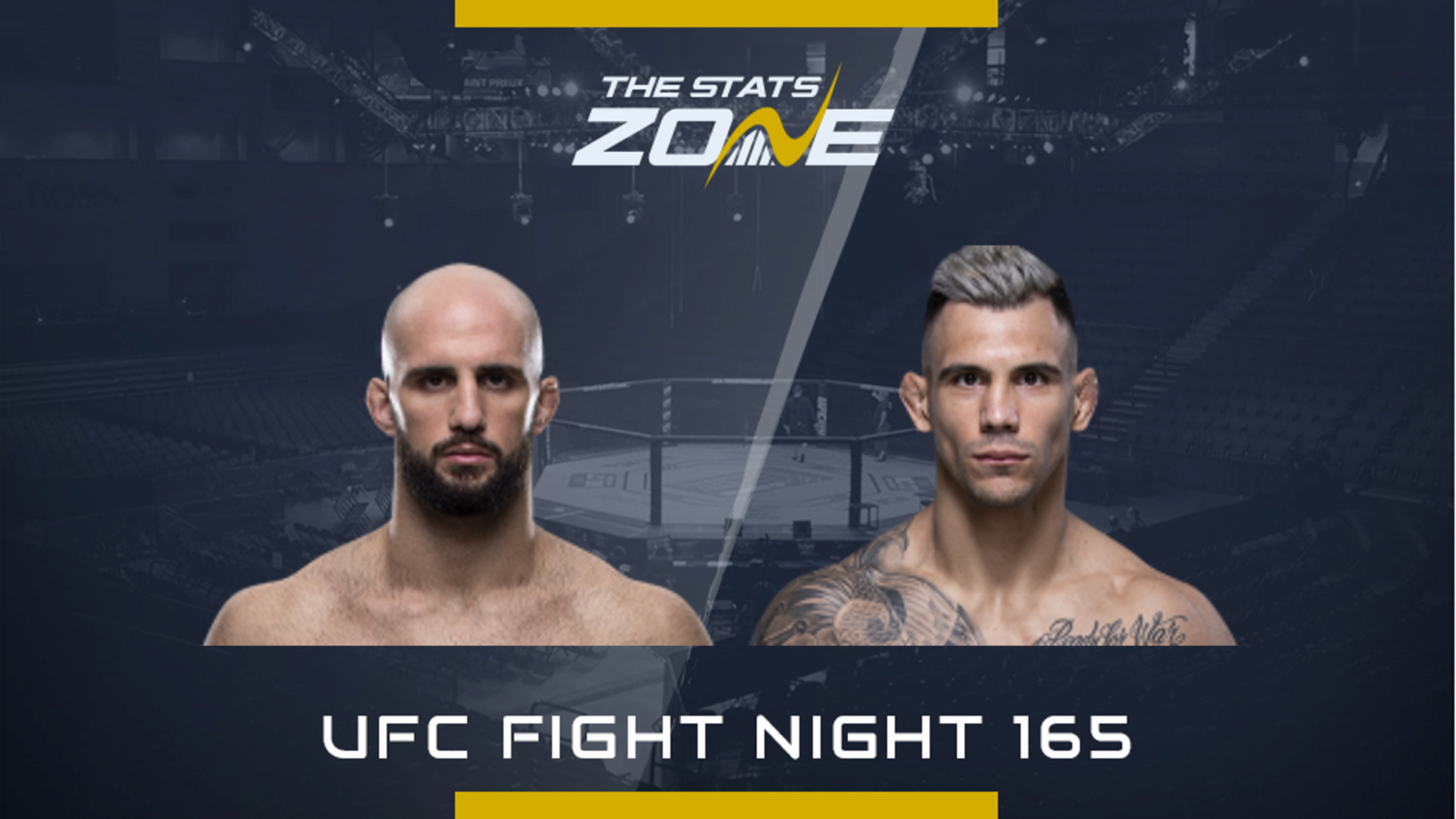 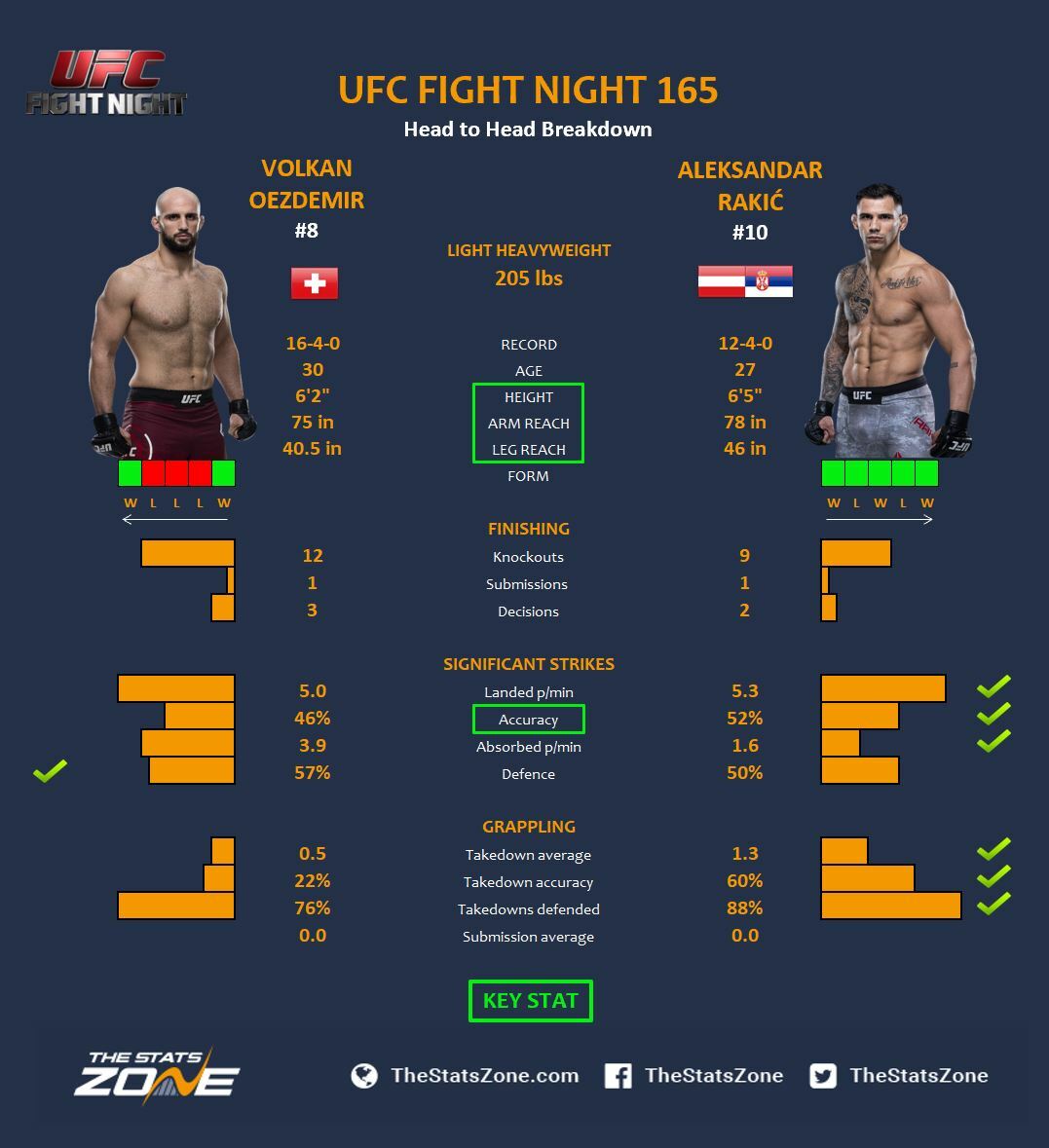 Two of the most explosive strikers in the UFC support the main event in Busan, South Korea as two European weapons Volkan Oezdemir and Aleksandar Rakic throw down in a slobberknocker.

Volkan Oezdemir looked back to his best in his last outing against Ilir Latifi. After three straight losses to the gold standard of the light heavyweight division - Daniel Cormier, Anthony Smith and Dominic Reyes - Oezdemir put on an immaculate performance. He patiently settled, waiting for Latifi to tire, and put it on him in the second round with his power proving intolerable once again.

Cut from the same cloth, Rakic is an assassin. His combination of power, technique and athleticism is frightening as nine of his 12 victims have experienced, in particular his last two. He is coming off a violent finish over Devin Clark a year ago and one of the most devastating head kick knockouts you will ever see against Jimi Manuwa back in June.

This promises to be an intense and violent encounter for however long it lasts. Both men are scary knockout artists with little interest in grappling so either man may go stiff on the night. Oezdemir has far more valuable experience but Rakic gets the nod with the extra speed, height, arm and leg reach advantage.