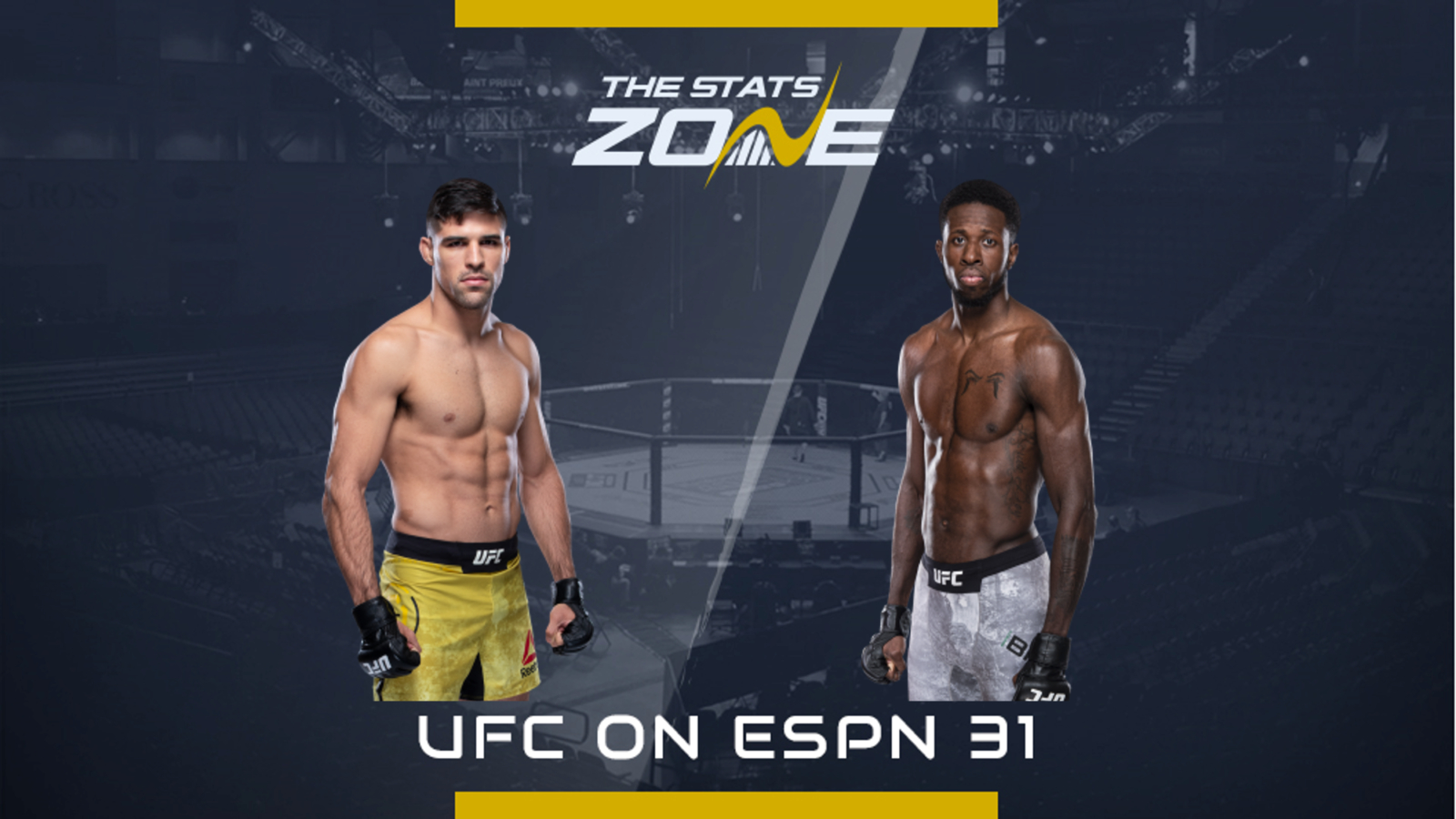 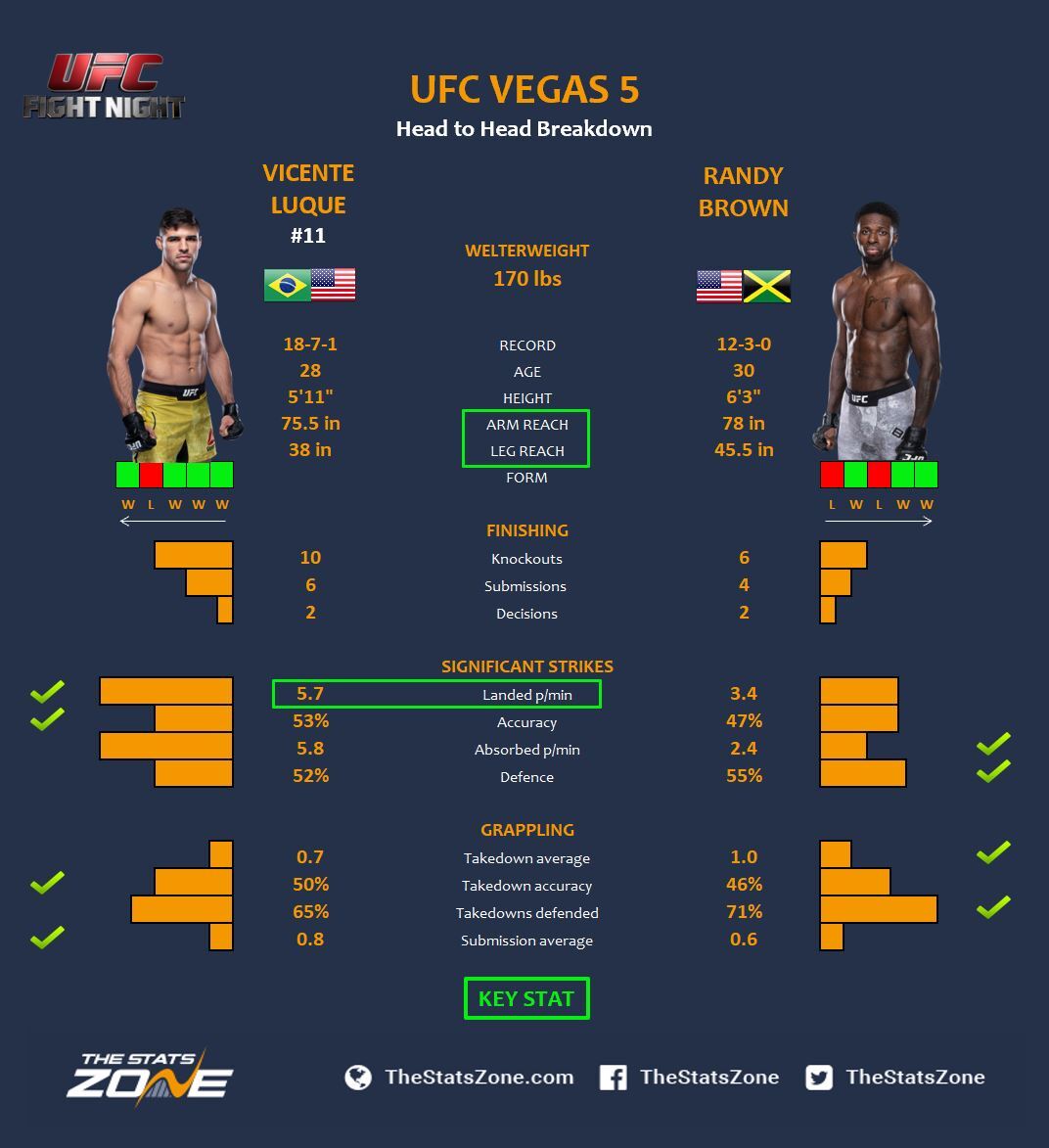 Vicente Luque makes another quick turnaround, this time after knocking out Niko Price back in May at UFC 249. He was scheduled to fight Randy Brown back in April, but the event fell through due to the COVID-19 pandemic. They now have their date and Luque wants to waste no time in rebuilding another run after Stephen Thompson expertly snapped his six-fight streak at UFC 244.

Brown did not fare as well against Price back in 2018 losing via knockout but he has responded with his two biggest wins to date in 2019. He finished the super durable Bryan Barberena and went on to submit Warlley Alves picking up a ‘performance of the night’ in the process.

Like all Luque’s fights, this should be a violent war. He has come out on top of every stand-up battle apart from Thompson who technically and tactically is just a level above most fighters when it comes to striking.

So, we are expecting Luque to edge out another thrilling fight. However, he has to watch out for Brown’s significant reach advantage and he cannot keep relying on his chin to absorb as much damage as he dishes out.

Brown has a good chance here but Luque’s chin seems like it is still made of granite and he is expected to win the majority of exchanges, landing more damage and pulling off a late knockout.