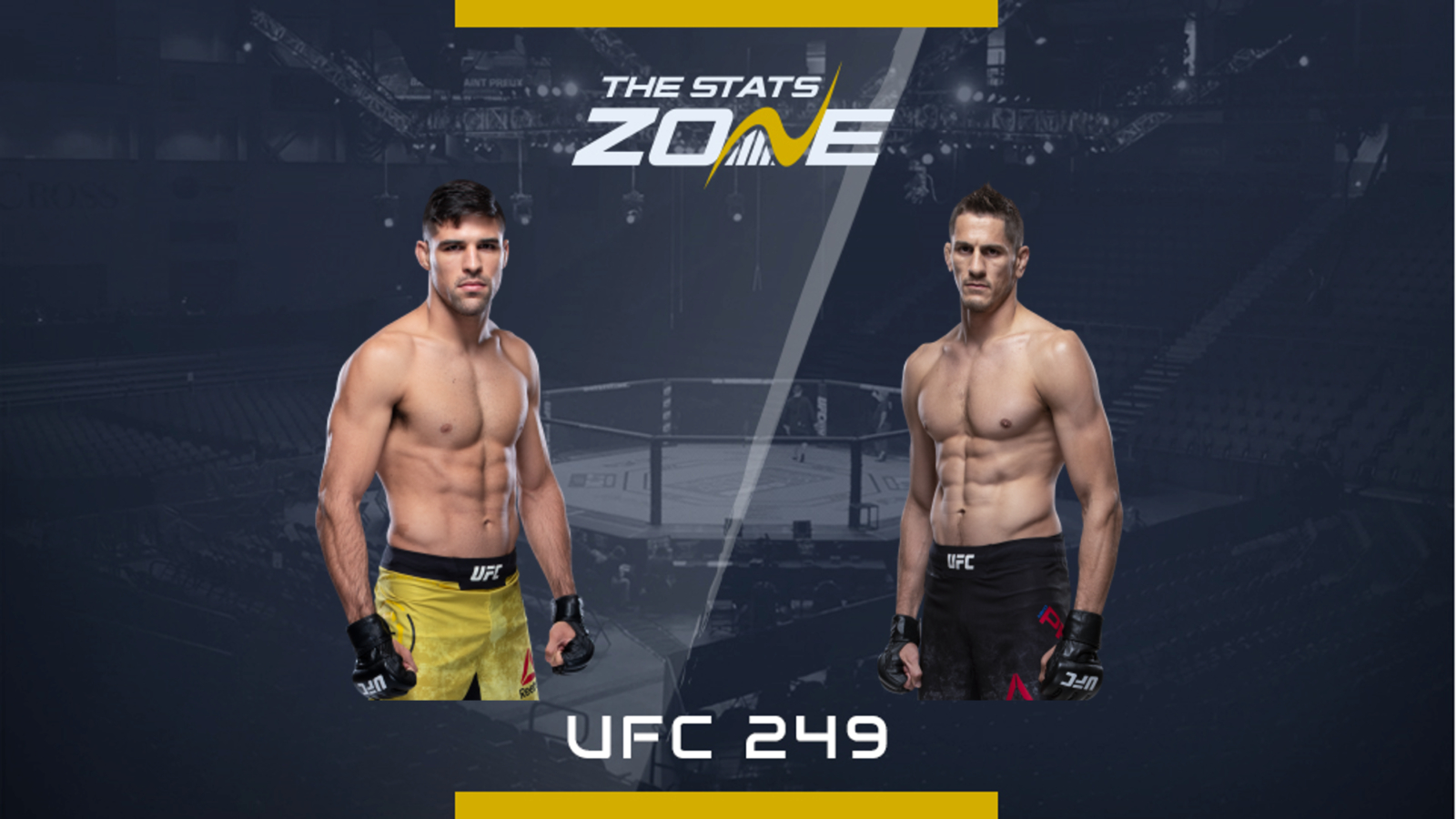 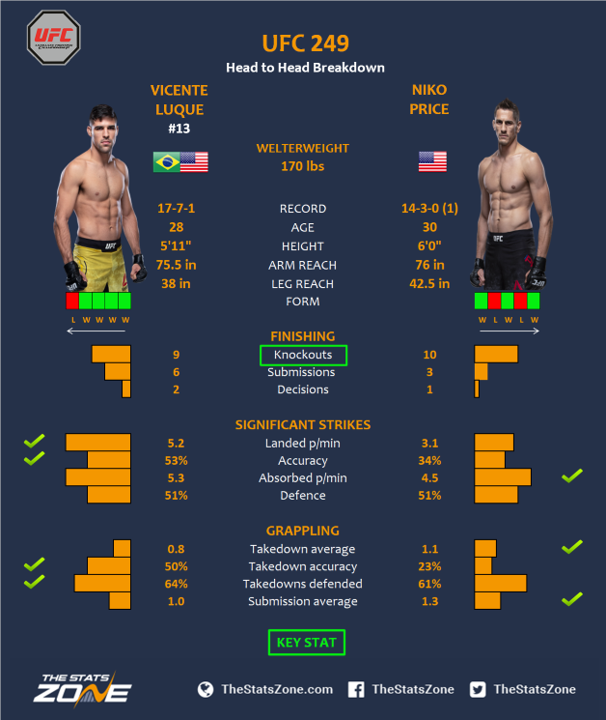 This match-up represents a fascinating encounter between Luque and Price in what is their second meeting after Luque submitted Price by D'Arce choke back in October 2017 at ‘UFC Fight Night: Brunson vs. Machida’.

That victory saw Luque string together a six-fight winning streak but that run was snapped last time out as he fell short in a unanimous decision loss at the hands of Stephen Thompson. His only two defeats in his last 12 bouts have come against high quality opposition in Thompson and Leon Edwards, but he has had no trouble dispatching low quality opponents.

Price is coming off a spectacular knockout win over James Vick when his upkick from his back landed and saw him win in a Performance of the Night display at UFC Fight Night 168 last October. That victory earned him this rematch as he looks to try and build on his win last time out.

Vicente Luque won the first fight between these two and he will be confident of picking up another win despite coming off a loss. His level of performance in recent times has been far superior to that of Price, while Price’s upkick win last time out against James Vick was somewhat freakish. He has that knockout power and he will be pushing for a quick finish but Luque knows how to handle him and will look to take it deep. He may be the one coming off the loss but barring any psychological struggles, he has the edge and should overcome Price, either by decision or via late stoppage.