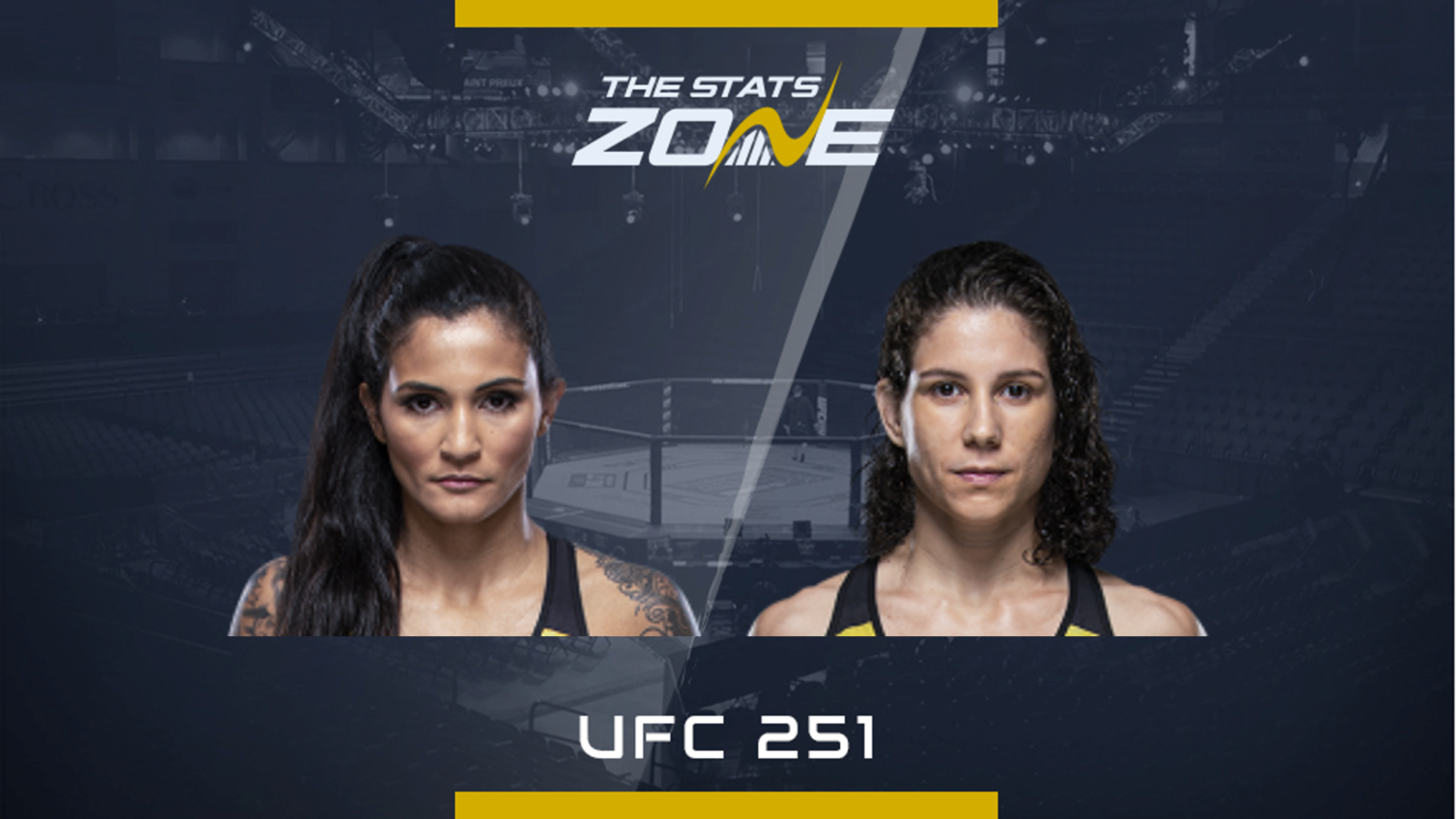 Vanessa Melo comes into this fight at UFC 251 desperate to get her first win in the Octagon as she has lost both fights to Irene Aldana and Tracy Cortez since signing for the organisation. Those losses came after a five-fight win streak that saw her earn the contract but now she is under some pressure to improve her 10-7 record. All but three of her 17 pro bouts have gone the distance and she will know that she is going to have to outwork her opponent given she lacks knockout power and submission skills.

Karol Rosa comes into what is her second bout in the UFC after she made a successful debut by beating Lara Fritzen Procopio. That split decision victory was her third consecutive win and takes her record to 12-3. While have of her wins have come via the judges’ scorecards, she has four knockouts on her resume and she does carry that greater threat with her fists.

This fight in the women’s flyweight division sees Vanessa Melo face off against Karol Rosa in a fight that will likely go the distance. It is Rosa who has the more ways to win this fight and why she is preferred to edge it. She has won her last three fights and has the greater confidence coming in unlike Melo who has lost her last two. Melo is resilient however and will likely go the distance, but Rosa just has the greater all-round skillset that should make the difference.