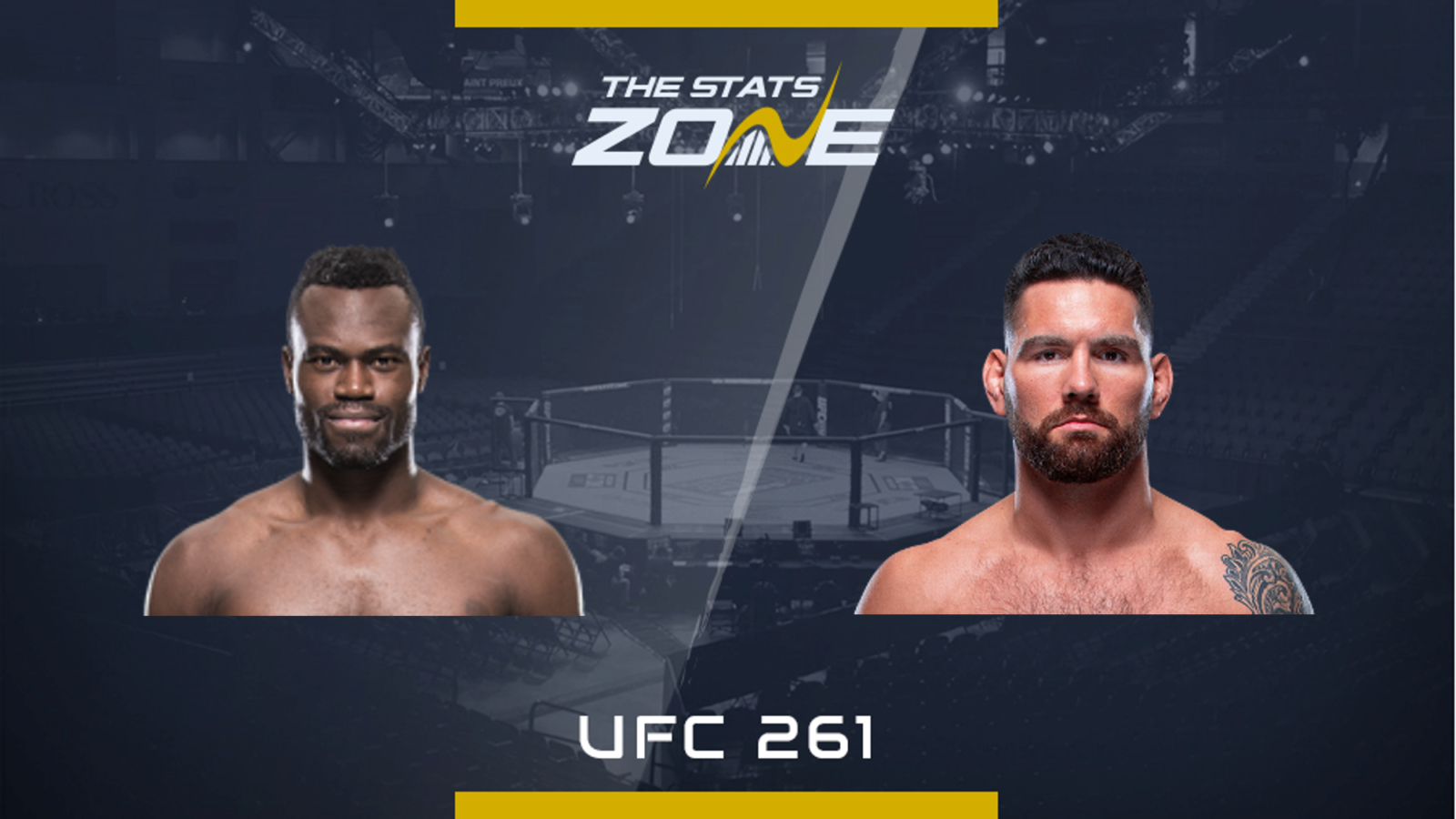 Where is UFC 261? VyStar Veterans Memorial Arena, Jacksonville, Florida (US)

Where can I stream UFC 261? BT Sport subscribers can stream the fight online via the BT Sport website

Uriah Hall (16-9) is finally getting a run going with a three-fight win streak. He has fought a plethora of middleweight monsters, but he has been inconsistent with his performances. He lost four in five, losing a unanimous decision to Robert Whittaker and getting TKO’d by Derek Brunson, Gegard Mousasi and Paulo Costa but it looks like he has turned a leaf now. He responded to the Costa pounding by erasing Bevon Lewis with a counter right hand, earnt a split decision over Antonio Carlos Junior and is coming off a brilliant TKO win over the legend Anderson Silva.

Another man who has struggled to stay afloat in the sea of monsters is Chris Weidman (15-5). After taking the title from Anderson Silva and defending it against two other legends Lyoto Machida and Vitor Belfort, he has gone 2-5. It is not just the losses that have been crushing, it is the fact they were all emphatic knockouts. Luke Rockhold, Yoel Romero, Mousasi, Jacare Souza and Dominick Reyes have all stolen some of Weidman’s brain cells, but he did earn a dominant decision over Kelvin Gastelum after the Mousasi fight and is coming off a hard-fought unanimous decision over Omari Akhmedov.

If you look down at Weidman’s record, he has not beaten an out an out striker since Belfort in 2015. Gastelum is a great boxer but he was completely undersized and got man-handled by Weidman. Akhmedov is also decent but that was more of a grappling contest.

Unfortunately for Weidman, he is up against another top tier striker and his chin will be sweating. If he can take Hall down and keep him there he can win but that is easier said than done and Hall has all of the momentum. He has the speed, technique and power to land on the damaged chin of Weidman before he enforces his wrestling, and we expect another painful night for the former champion.