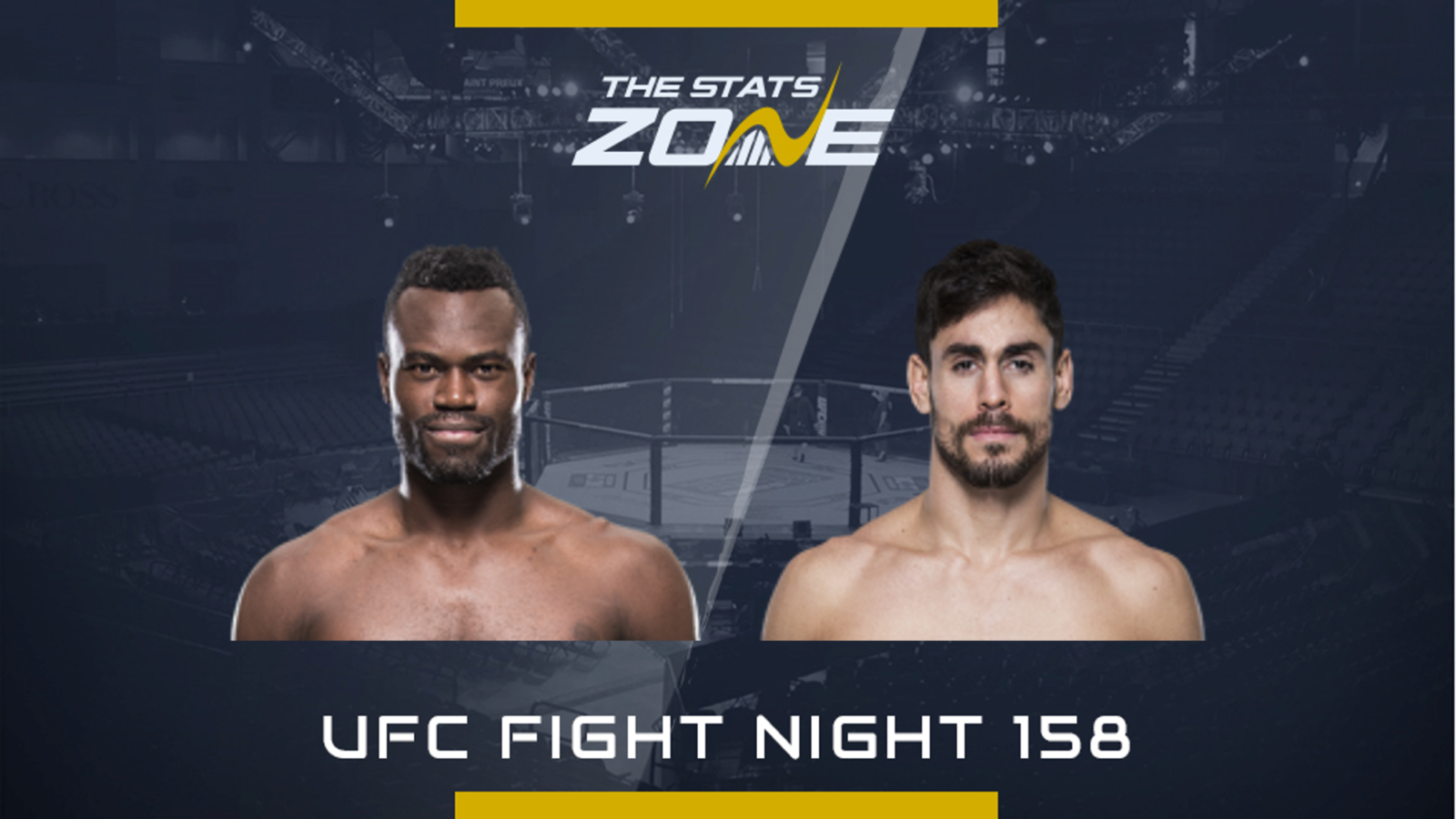 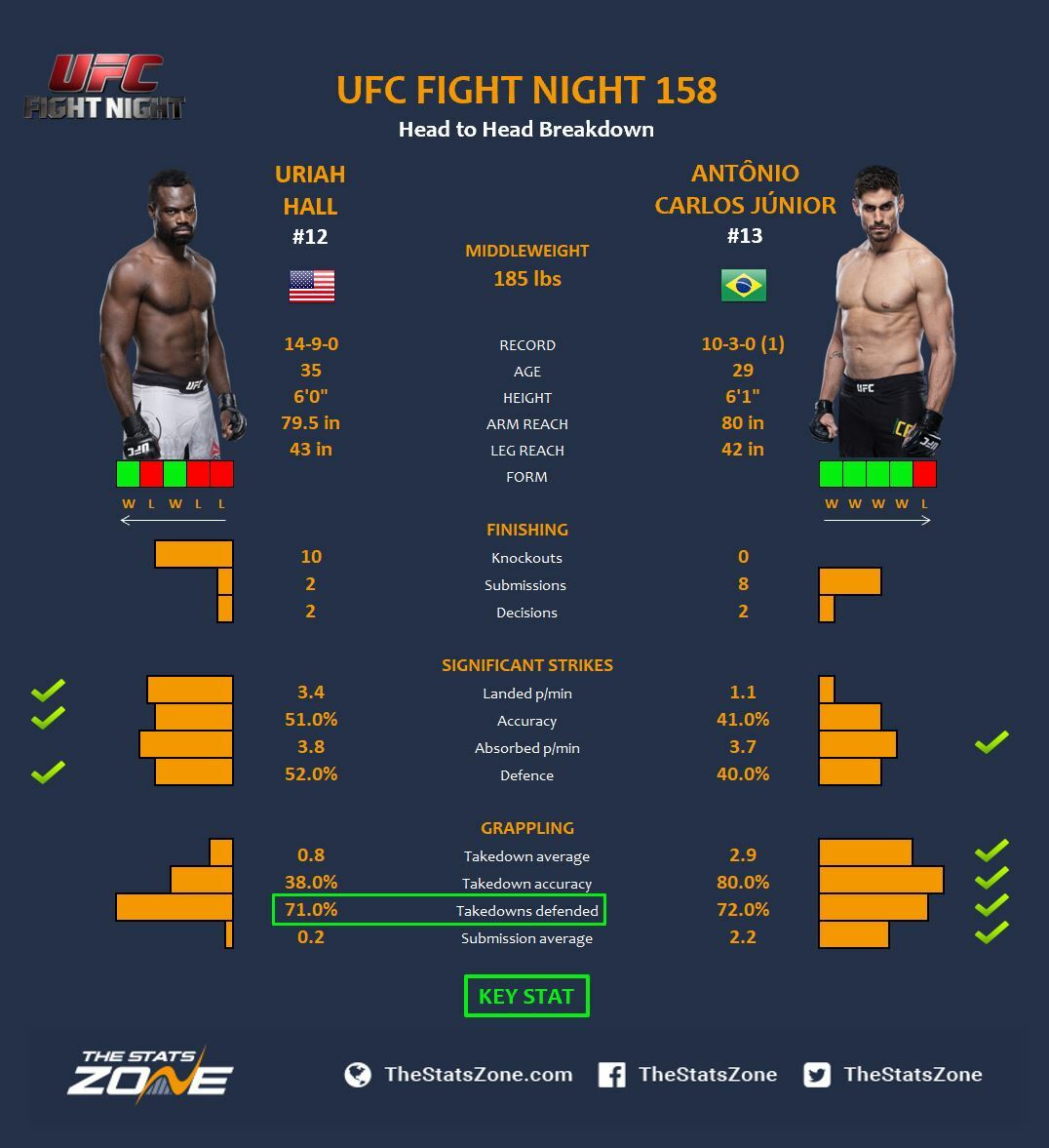 ‘Prime Time’ Uriah Hall is back in action and it seems we are still waiting for him to live up to his potential. However, he is coming off a vintage knockout and now faces Antonio Carlos Junior, a jiu-jitsu world champion, to test his skills and his mind set.

Hall is an athletic specimen and capable of knocking out anyone out on his day. He has even finished one of the best middleweights of all time in Gegard Mousasi but after that win he lost his next three. He bounced back with a knockout over Krzysztof Jotko, but then got pummelled by Paul Costa before a stunning knockout over Bevon Lewis in his last fight.

Carlos Junior poses a different threat to previous opponents. He is a grappling wizard with little interest in striking and certainly won’t want to break tradition against someone as dangerous as Hall. The Brazilian also just got his five-fight winning streak snapped by Ian Heinisch in a disappointing decision.

This all depends on which version of Hall turns up. If he is more relaxed and lets his hands go he can unleash that show-stopping power to end the fight, but that is a big if. If he is not on his game, the Brazilian will take him down and hunt a submission. If Hall can avoid the takedown, the fight is his if he wants it.