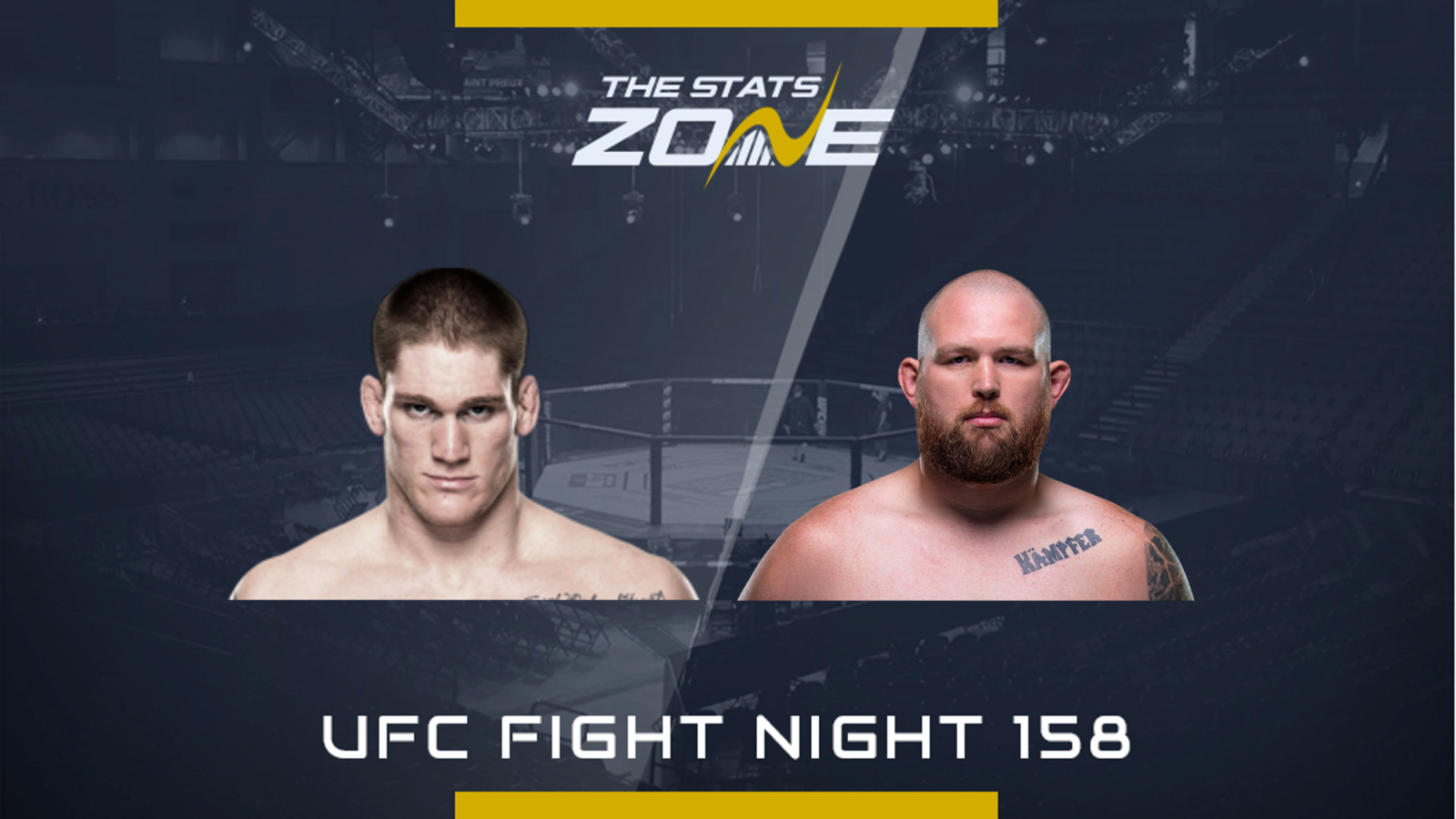 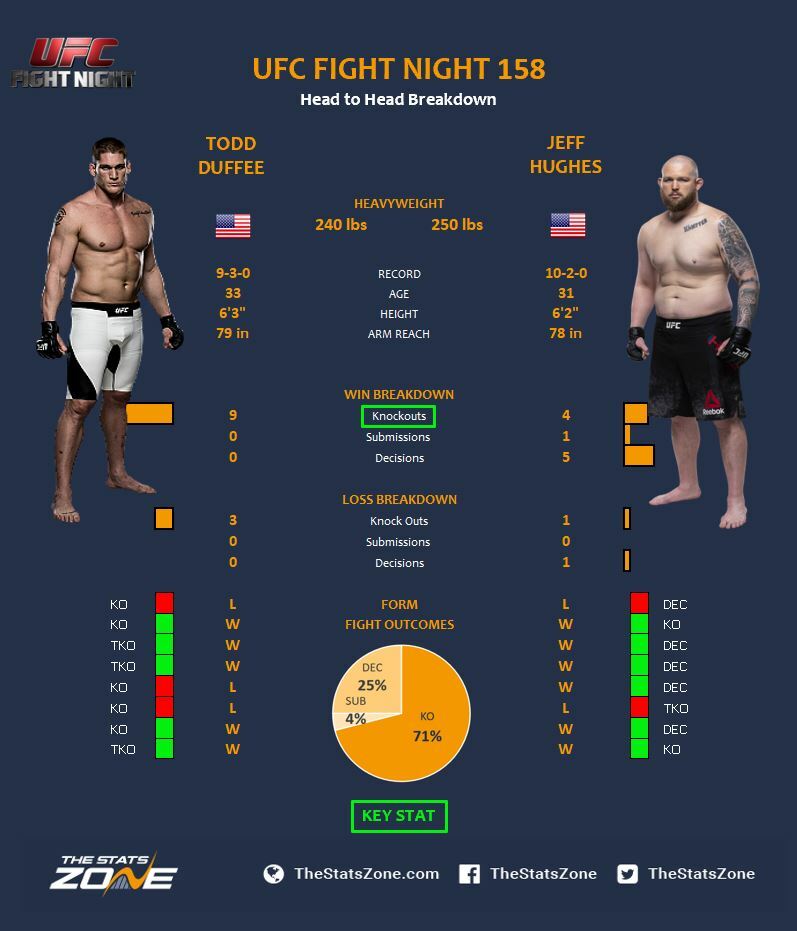 Big Todd Duffee drags himself back to the octagon after another series of injuries and illness and like all his displays, this is destined to be explosive as a fellow heavy slugger welcomes him back to the cage.

Contract disputes, injuries and an illness diagnosed as Parsonage-Turner syndrome have robbed UFC fans of seeing Duffee perform. He has had two stints in the UFC but has only fought twice in nearly seven years and his last fight was a knockout loss to Frank Mir.

Hughes on the other hand has fought nine times since Duffee’s fight with Mir and after impressing on Dana White’s Contender Series with a knockout over Josh Appeit he was awarded with a UFC contract. However, his UFC career did not get off to a good start as he lost a split decision to Maurice Greene to suffer his second career loss.

Despite Duffee’s inactivity, this fight is likely to end how every single one of his fights has ended so far – a knockout. Hughes is very powerful and durable but if Duffee is fit and healthy he is likely to make short work of him.

Duffee is quicker, more explosive and more powerful and should be able to get back to old ways to notch his 10th career knockout.