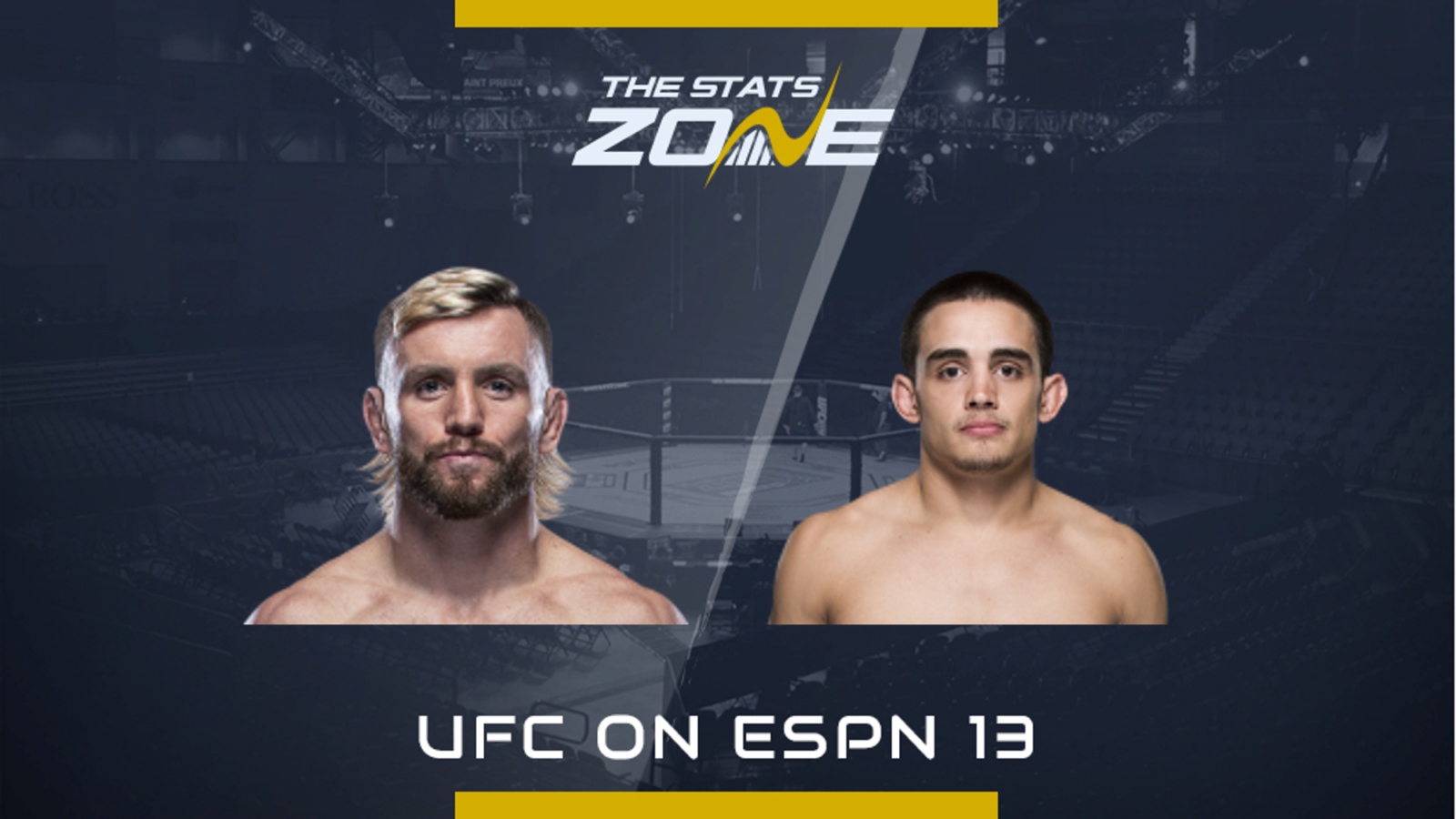 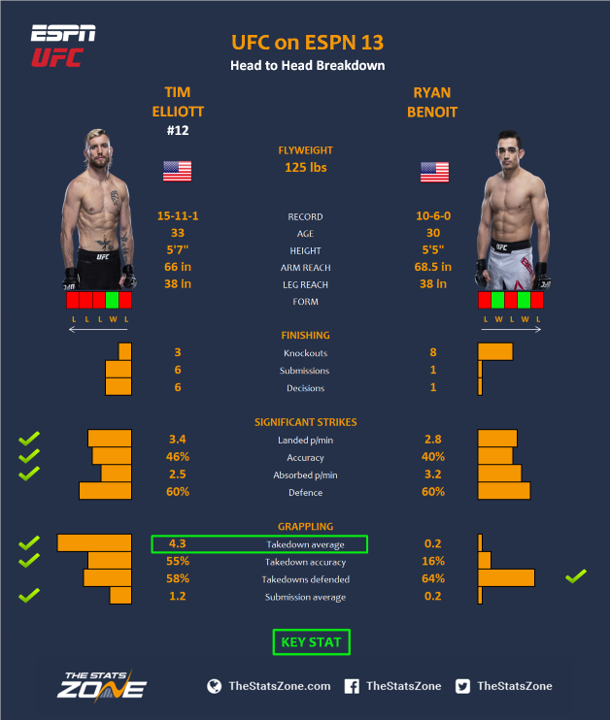 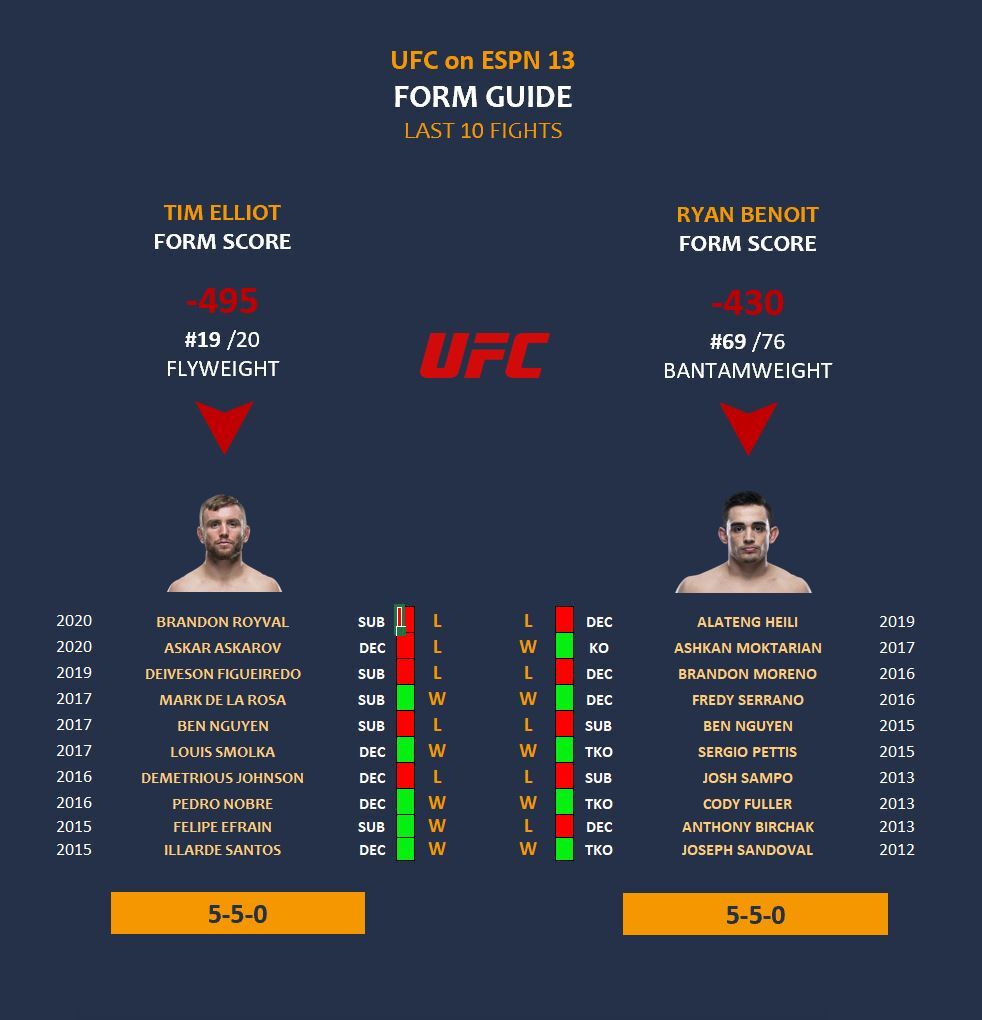 Tim Elliott and Ryan Benoit brace the heat on Fight Island desperate for a win as Benoit heads back down to flyweight to take on the veteran.

Elliott has lost five of his last 10 fights and is coming off three losses on the bounce. After not fighting for two years, Elliott got submitted by Deiveson Figueiredo. He then met Russian prospect Askar Askarov losing a decision and then got submitted again in his last outing against Brandon Royval which sees him slumped at the bottom of the flyweight form table.

Benoit has also lost five of his last 10 failing to string two wins together. He has also only fought twice since 2016 – a brilliant head kick knockout over Askhan Mokhtarian in November 2017 but is coming off a loss and split decision against Alateng Heili which was at bantamweight.

Benoit has shown little consistency in the octagon but if his win/loss streak continues he will be looking at a win. However, despite Elliott’s dire form, he is a wily old veteran who still has the skills. In particular, his grappling which should be enough to shut Benoit down and earn a decision.