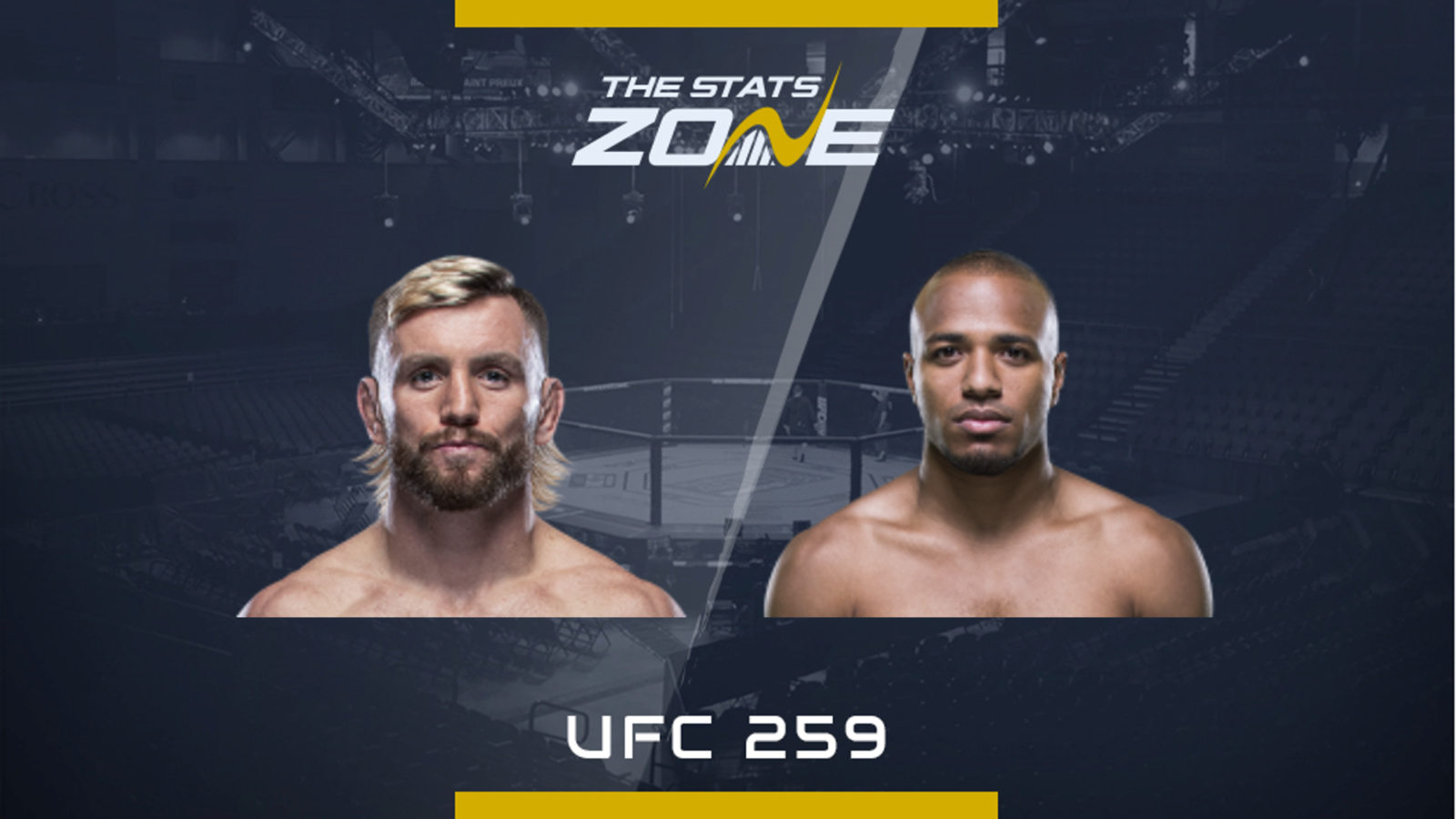 Where can I get tickets for UFC 259? Click here for the latest ticket information for UFC events

Where can I stream UFC 259? BT Sport subscribers can stream the fight online via the BT Sport website

The ‘OG’ of the flyweights, Tim Elliott (16-11-1) is still churning out the fights in his second stint in the UFC. His career was in the balance last year after losing three on the bounce, but they were to three of the best in the division. He got submitted by the current champion Deiveson Figueiredo in October 2019, lost a unanimous decision to prospect Askar Askarov three months later and then got submitted again by Brandon Royval. However, he got back in the win column on Fight Island by earning a unanimous decision over Ryan Benoit.

The flyweight division has been repopulated with beasts and the standard is getting better and better so as they are both struggling to get a run going, a bad loss here could be curtains to their UFC career.

Elliott has a clear experience advantage even with the losses sharing the cage with the top tier. There is little between them on paper, but Espinosa is the more technical striker whereas as Elliott is a better grappler and his grinding persistence could be the key to getting the win.

Espinosa is also a good grappler himself who looks for the takedown, but he will want to keep this fight on the feet. Elliott is expected to make this a scrappy fight and set up takedowns with his unorthodox striking with his nous earning a decision.