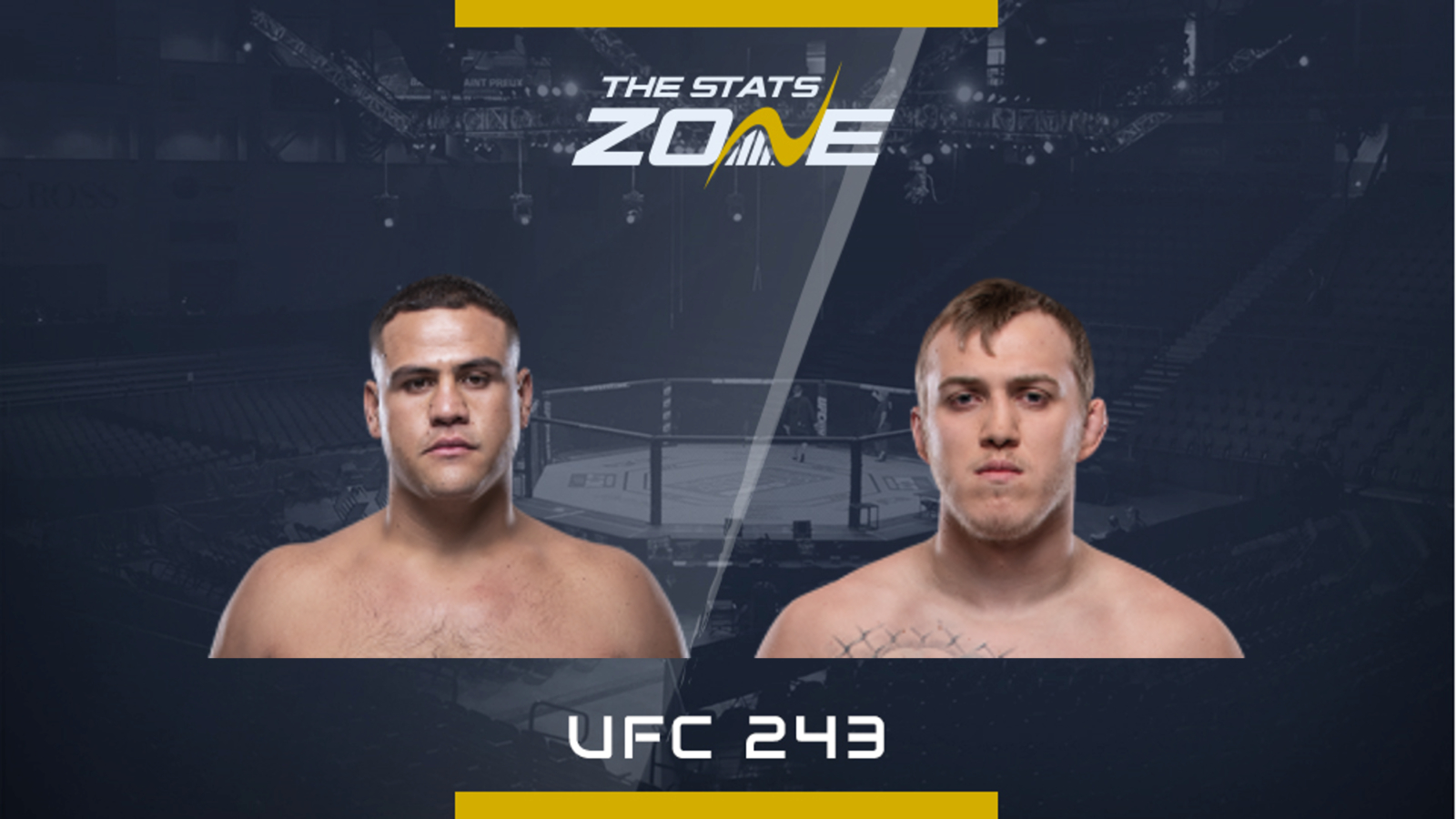 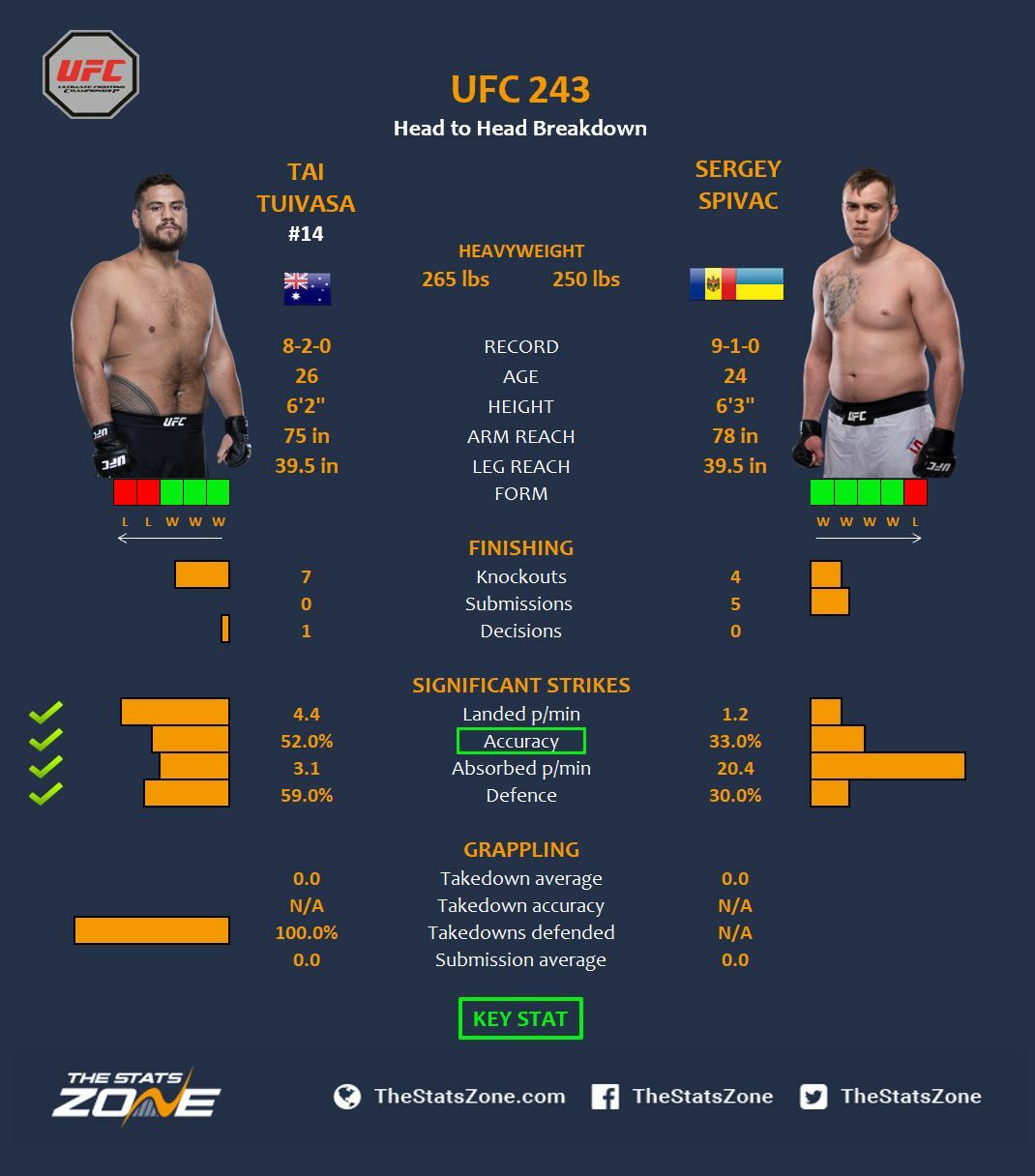 Two rotund sluggers throw down in Melbourne with Tai Tuivasa welcoming Sergey Spivak to Australia for his second UFC fight.

Tuivasa is desperate to display his character and bounce back from his first two losses. After starting his career with five knockouts in a row, he added two more to the win column in his first two UFC fights and earned his first decision against legend Andrei Arlovski to push his record up to 8-0. However, he suffered a TKO to the former champ, Junior dos Santos and then suffered a disappointing decision to Blagoy Ivanov in his last fight.

Spivak is also looking to bounce back from a rare loss; the first of his career. He won and finished his first nine fights (4 KO and 5 submissions) to earn a UFC shot. However, he met Walt Harris who gave him a baptism of fire by violently knocking him out in the first round.

A knockout is almost inevitable as these two big and explosive powerhouses want blood to respond to their losses. They will be patient but ready to throw bombs at any opening.

Spivak's fight stats are only based off that quick knockout loss to Harris so do not pay much attention to them. He does however possess the grappling advantage and will be wise to mix in takedowns with strikes but Tuivasa’s speed and athleticism is likely to be too much for the Russian and help him get back to old ways with a knockout.