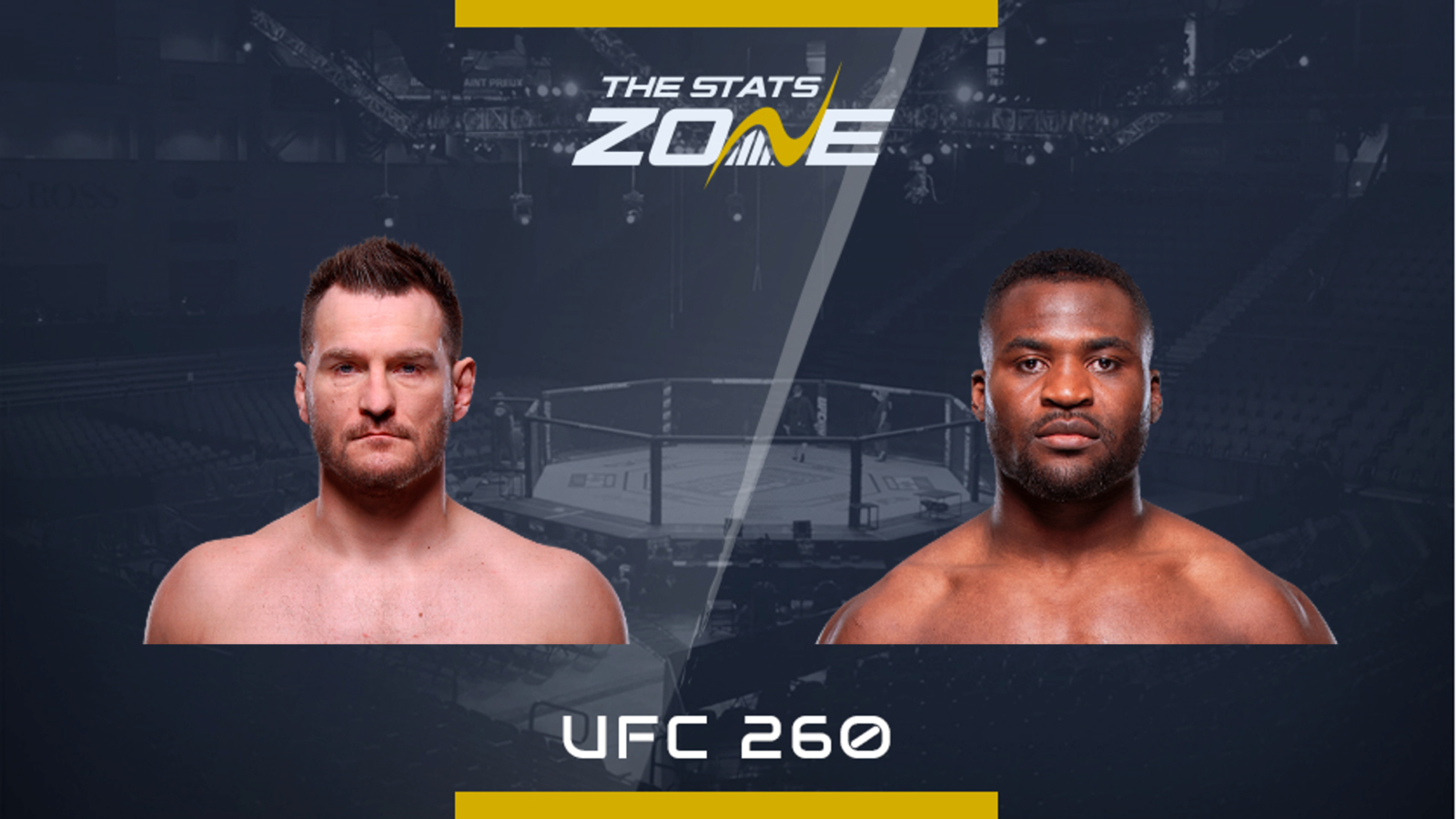 The old stalwart and winningest UFC heavyweight champion Stipe Miocic (20-3) returns for another rematch. His trilogy with Daniel Cormier took over two years to complete after Cormier knocked him out in 2018 at UFC 226, avenging the loss with his own finish at UFC 241 and then putting a cap on Cormier’s glittering career with a unanimous decision win back in August. Three wars that were broken up with a terrible eye injury and lockdown all coming after going five rounds with Francis Ngannou eating some of his titanic Cameroonian bombs but ultimately outclassing him and handing him a humble slap of reality with a unanimous decision.

That loss has had the biggest impact on Ngannou’s (15-3) fight career. His journey to the octagon is an unbelievable story and he arrived late to MMA but what he lacked in technique he made up with extraordinary power. He had an aura of invincibility especially after sending legend Alistair Overeem into the shadow realm with horrifying knockout. Miocic ate some shots and out grappled Ngannou exposing his gas tank and that dented his confidence in his next fight, too afraid to pull the trigger against Derrick Lewis and eventually losing a lacklustre decision. However, he has got back to what made him the most feared man in the sport by going on to melt Curtis Blaydes, Cain Velasquez, Junior dos Santos and Jairzinho Rozenstruik.

Miocic is clearly the better fighter. He is more skilled, more experienced and proven that he has the fight IQ and ability to nullify the strength of Ngannou using his wrestling to sap his energy and avoid his hands.

However, there is no greater equalizer than Ngannou’s power. Miocic did eat a clean punch from Ngannou however, accumulating the damage he took in that fight with the three battles with Cormier, there is no way his chin is the same. Combine that with the fact the best possible preparation for this fight was that humbling lesson three years ago.

Crucially, what that lesson and his subsequent fights will have taught Ngannou is that he does not need to become a wrestler with Tony Ferguson cardio but instead rely on that widowmaking right hand and try to land it clean at all costs especially against somebody who is levels above in every area.

As we saw in the Rozenstruik fight, there was no technique involved, rushing forward, squared up, holding his chin high against a technically better striker and accomplished kickboxer but he knew he just needed to land once and that is what happened in 20 seconds.

That said, Miocic is good enough to mirror his first performance especially after three training camps for Cormier and outclass Ngannou everywhere, subduing him in the clinch and even getting a late knockout but we can also see Ngannou burst out the gate with a jaw-dropping knockout in the first minute. Don’t blink.