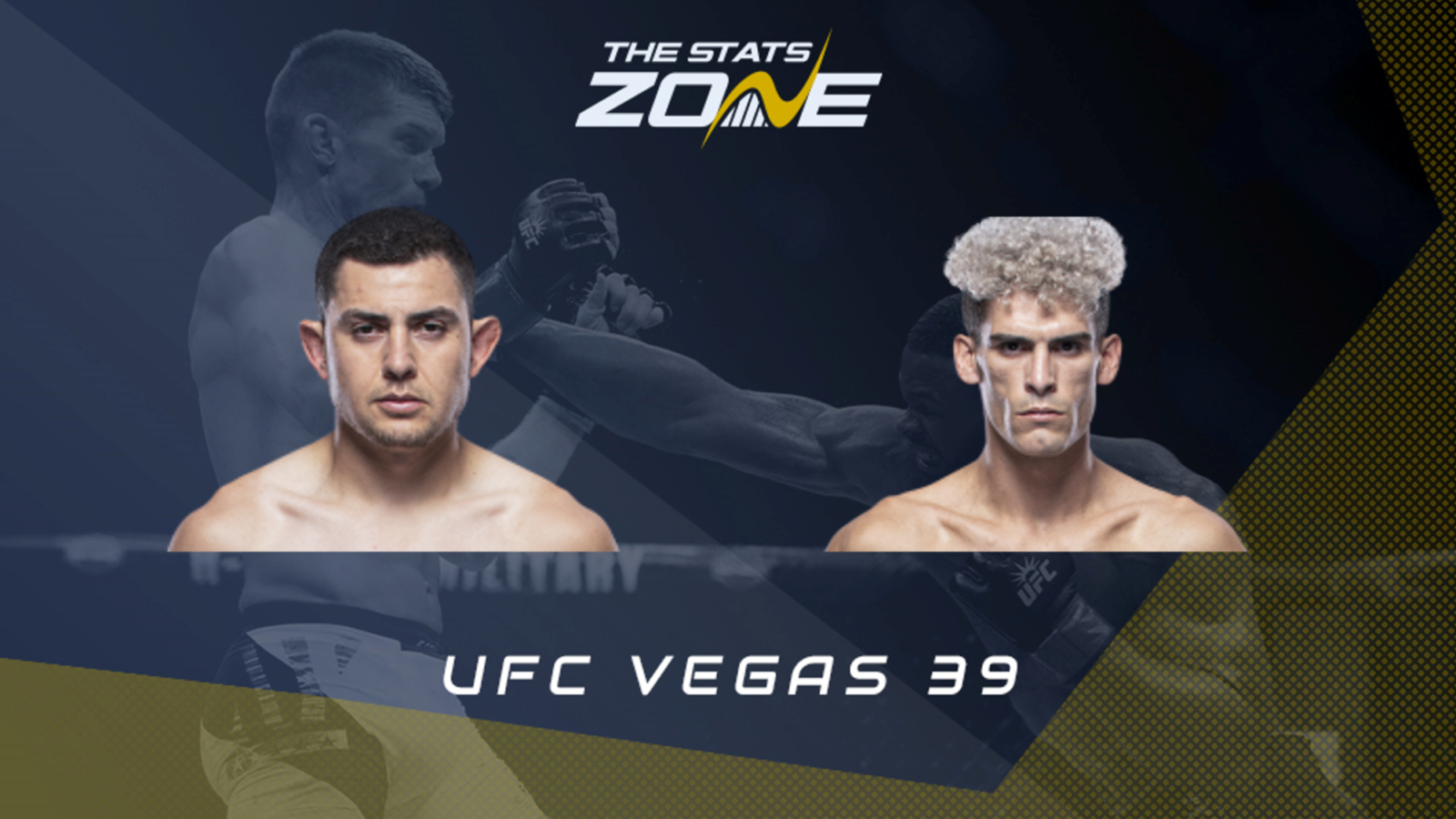 Steve Garcia (11-4) makes his first outing of the year and is desperate for his first UFC win. After losing his featherweight debut fighting for the JasonWink promotion, he dropped back down to bantamweight and won his next four earning a unanimous decision over Abel Cullum (JacksonWink) and notching up TKO’s over Andrew Whitney (JacksonWink), Desmond Torres (Contender Series) and Jose Mariscal (Legacy Fighting Alliance). He then snatched his chance for a UFC debut after Alex Munoz pulled out of his fight with Luis Pena. Even though it was up at lightweight, he took the fight but lost a unanimous decision.

Charlie Ontiveros (11-7) has had a very similar path to the UFC and is also gunning for his first win on the big stage. His three fights leading up to his debut were all for the Fury Fighting Championship and all ended via first-round knockouts. He got finished by Will Morris in 2017 and returned with a bang almost two years later with a flying knee on Derrick Ageday. He followed that up by dispatching Washington Luiz which led to his short-notice replacement opportunity. It was up at middleweight and Kevin Holland was the man welcoming him to the octagon and almost sent him out in two pieces after a huge slam.

Ontiveros drops down to lightweight with Garcia staying up after his last fight. These two love to strike and Ontiveros will enjoy being the bigger man boasting a three inch reach and two inch height advantage.

However, Ontiveros’ chin appears to be made out of glass losing all seven of his fights via knockout. We expect both of them to be aggressive and Ontiveros may look good for the first few seconds, but it should be a matter of time before Garcia connects with the chin to seal his ninth knockout.