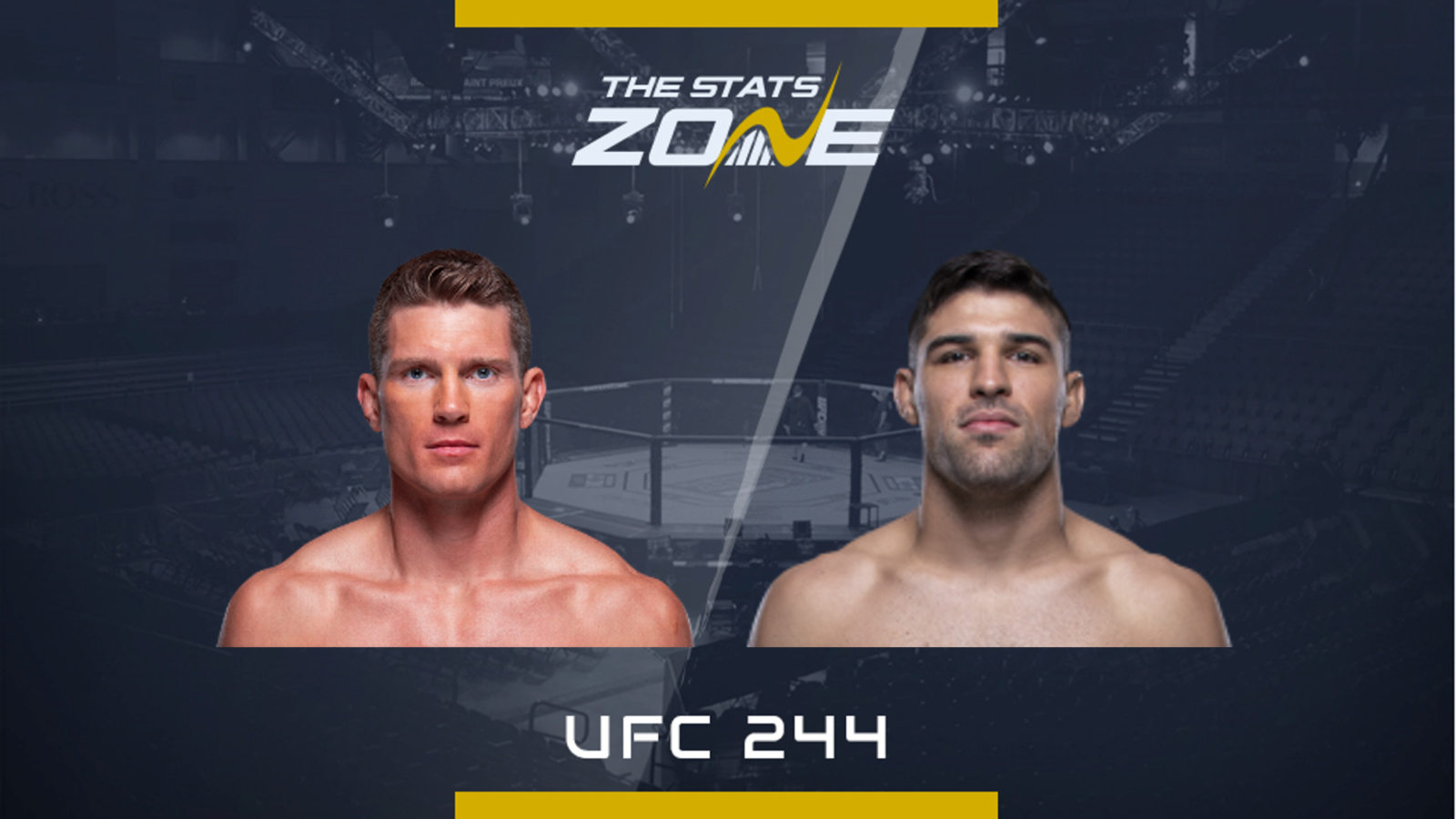 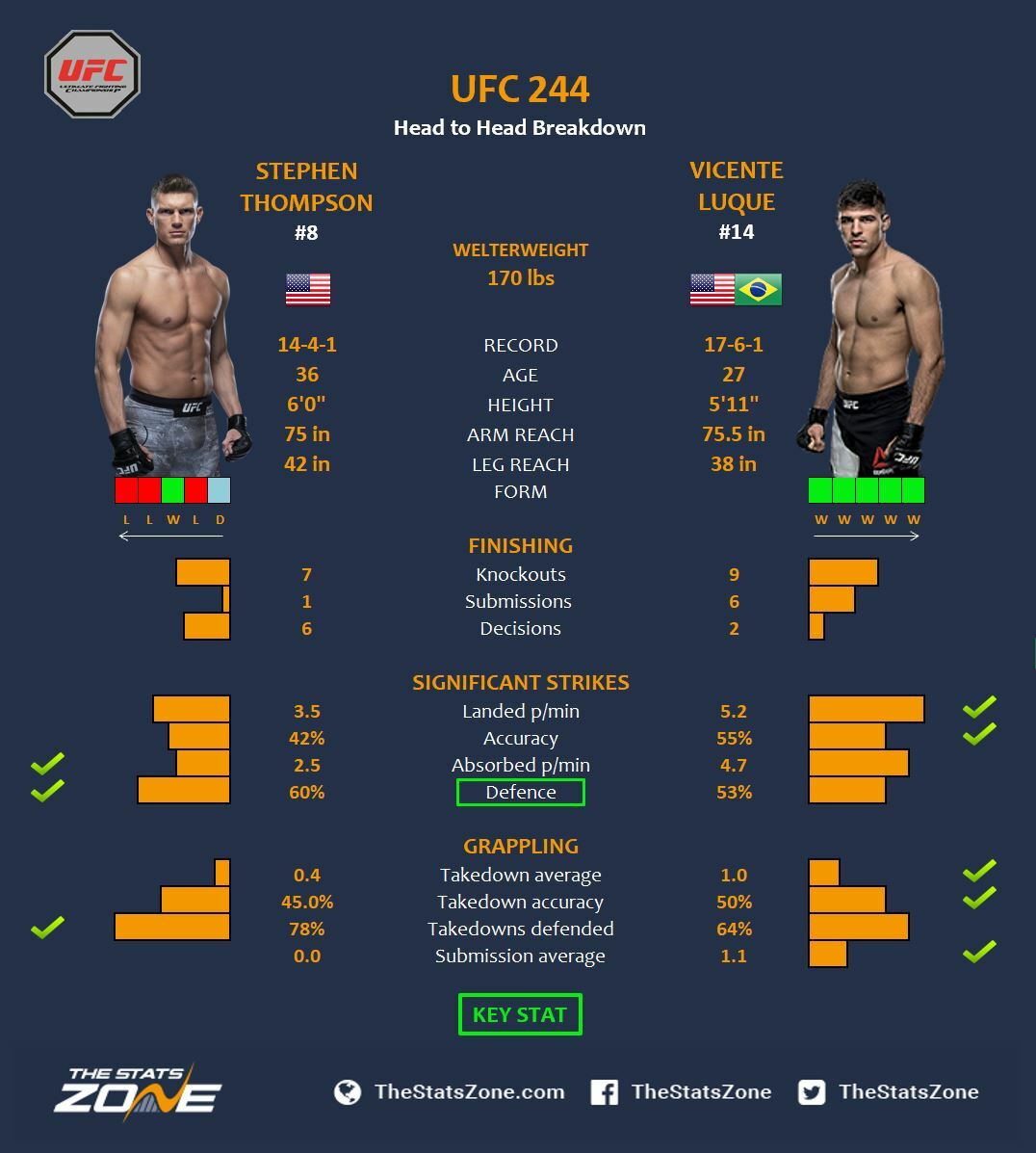 Stephen Thompson and Vicente Luque throw down in New York with ‘Wonderboy’ searching for his first win in three but another beast stands in his way who is riding a brilliant six-fight winning streak.

Thompson has only won one of his last five but they were all incredibly tough fights. He came close to the title after dragging Tyron Woodley to a draw but then lost a decision in the rematch which was also a close one. He bounced back with a classy decision over Jorge Masvidal but is coming off two losses to Darren Till and Anthony Pettis.

Contrastingly, Luque is in the form of his life only losing once in his last 11. That was a decision to Leon Edwards but since he has blitzed his way through the division with a submission and four knockouts and is now coming off his biggest win, taking Mike Perry to a split decision.

Luque’s confidence in his hands could be his undoing in this one. He is such a dangerous striker but that may not be enough against an undefeated kickboxer. Thompson got knocked out by Pettis but he was controlling the fight up until the superman punch and will have learned from his mistake.

Thompson is expected to control the distance by popping in and out of range and catching Luque at the end of his strikes. Thompson should frustrate Luque and tally up strike after strike but is unlikely to finish as Luque is so durable.