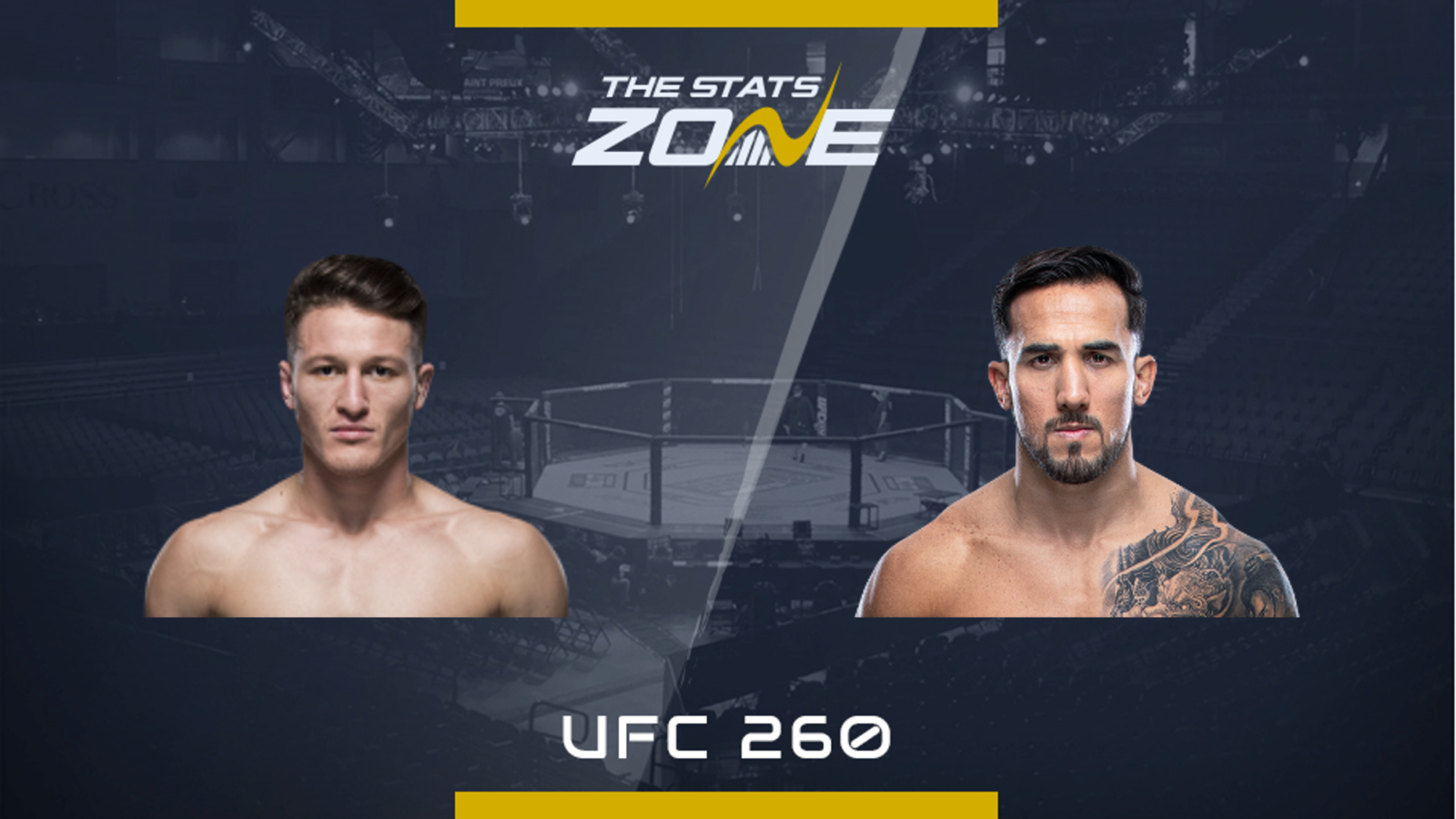 Shane Young (13-5) got embarrassed in his last outing on Fight Island. He welcomed Ludovit Kelin for his debut and also offered a welcome in the form of a traditional New Zealand haka at the weigh ins. An intimidating war dance right in Klein’s face for him only to get viciously knocked out in the first round. He is now 2-2 in the UFC only managing to fight once a year since his debut loss to Alexander Volkanovski. He knocked out Rolando Dy and outpointed Austin Arnett in between the losses and now hopefully he can be more active this year.

Omar Morales (10-1) got two fights in last year and started it off with a victory over Gabriel Benitez to really amp up his hype. That second UFC win and unanimous decision made it 10 in a row which led to a clash at featherweight with fellow prospect Giga Chikadze. Unfortunately for him, he lost a unanimous decision and is now desperate to get back on the winning trail.

This should be a violent battle on the feet. They can both grapple with submissions in the locker, but we expect them both to get to work on the feet with powerful combinations.

Their defence will be key here as they both tend to eat a lot of shots (Young 5.15 significant strikes per minute and Morales 2.99). We fully expect this to be an exciting scrap and we are giving Morales the edge with his technique. A late knockout could be there with an accumulation of damage, but a decision is most likely.