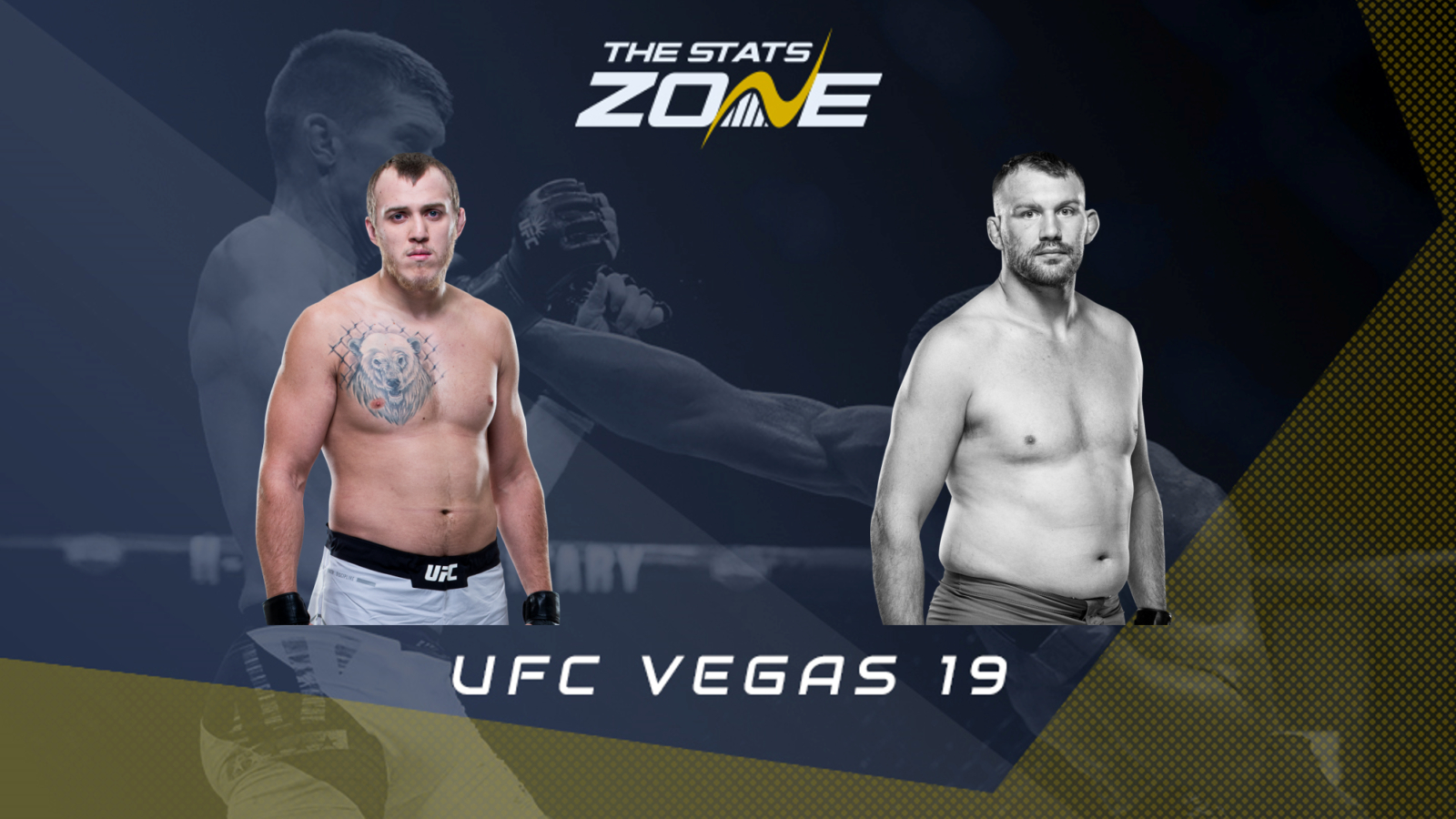 Sergey Spivak (11-2) is coming off a win back in July which looks better with time. He got paired with Carlos Felipe who was yet to taste to defeat in his eight fights and earnt a majority decision and the Brazilin has gone on to outpoint Yorgan de Castro and Justin Tafa. Spivak is now 2-2 in the UFC with his losses coming to Walt Harris and Marcin Tybura but he clearly has pedigree at just 26 years old with his recent win and submission over Tai Tuivasa.

Jared Vanderaa’s (11-4) positive COVID-19 test forced this bout from UFC 256 to UFC Vegas 19 and he is raring to go after his knockout win on the Contender Series. After earning a unanimous decision over Tony Lopez for Smash Global, Vanderaa met Harry Hunsucker which is his actual name and put him away in the first round back in November.

On paper, Spivak should take this. He has the skill and experience to shut Vanderaa down but the newcomer is not a typical lump the UFC have thrown in to make the numbers. He is dangerous and packs a lot of power especially in his hands.

Vanderaa gets his best work done in top position but Spivak has a clear advantage in the grappling department and he should not make any mistakes to end up there. Instead, he can exchange some leather on the feet before tying Vanderaa up and breaking him down possessing the jiu-jitsu to pull off a submission.