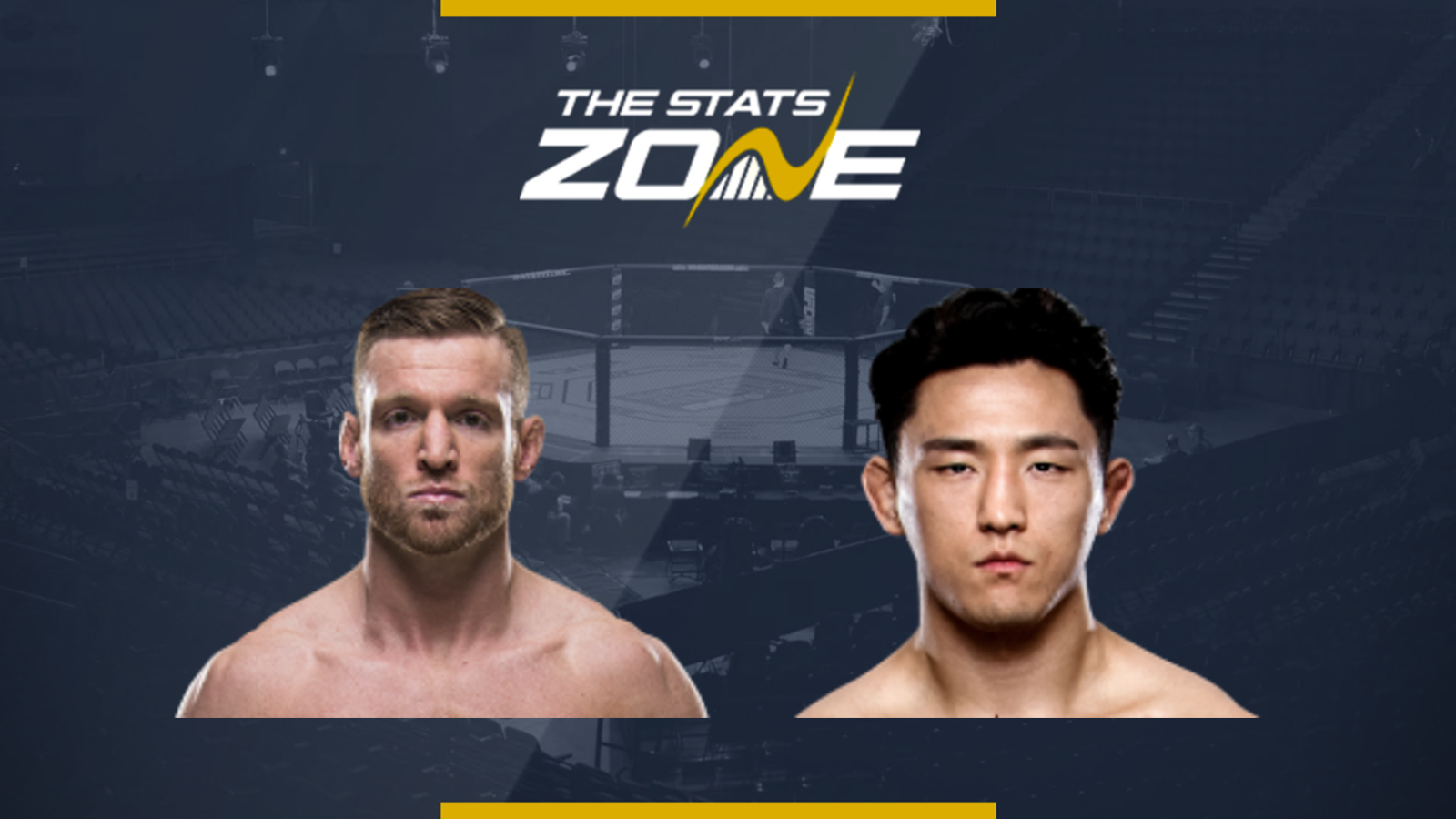 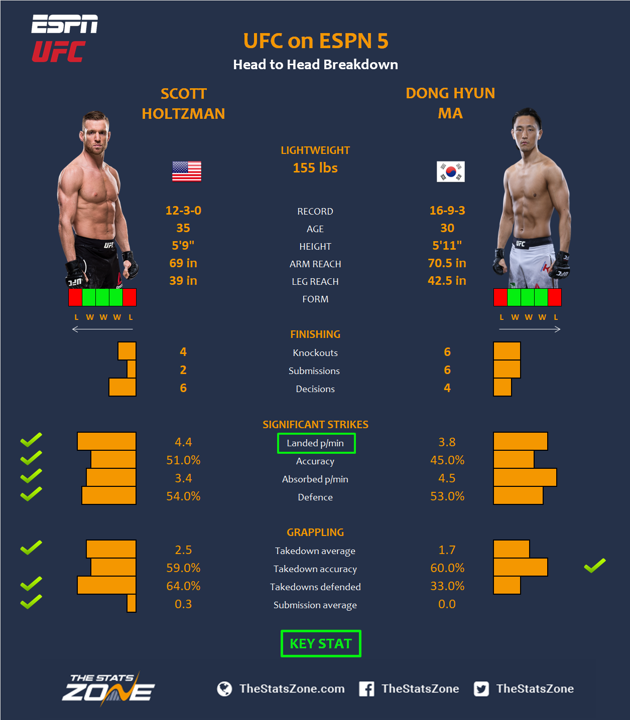 Scott Holtzman and Dong Hyun Ma are both desperate to bounce back from a loss after getting their three-fight winning streaks snapped.

Scott Holtzman is coming off a unanimous decision loss to Nik Lentz but hopes this will be a minor blip after an impressive streak, earning decisions over Michael McBride and Darrell Horcher before mercilessly finishing Alan Patrick with elbows.

Dong Hyun Ma’s streak included a decision over Brendan O’Reilly, a knockout over Takanori Gomi and a tight decision over Damien Brown but felt the wrath of Devonte Smith who inflicted the third knockout of the South Korean’s career.

We have two more well-rounded fighters here who are more than capable of a knockout or submission. They are more evenly-matched than the stats suggest, especially in the grappling department.

Ma is a very high-level judoka and these skills will be crucial to prevent Holtzman taking him down and delivering brutal ground-and-pound like he did against Patrick.

This fight will depend on how they turn up on the night and after seeing Ma’s chin failing the test for a third time, Holtzman will fancy his chances. If he doesn’t find the knockout he will pile on enough damage to sway the judges.