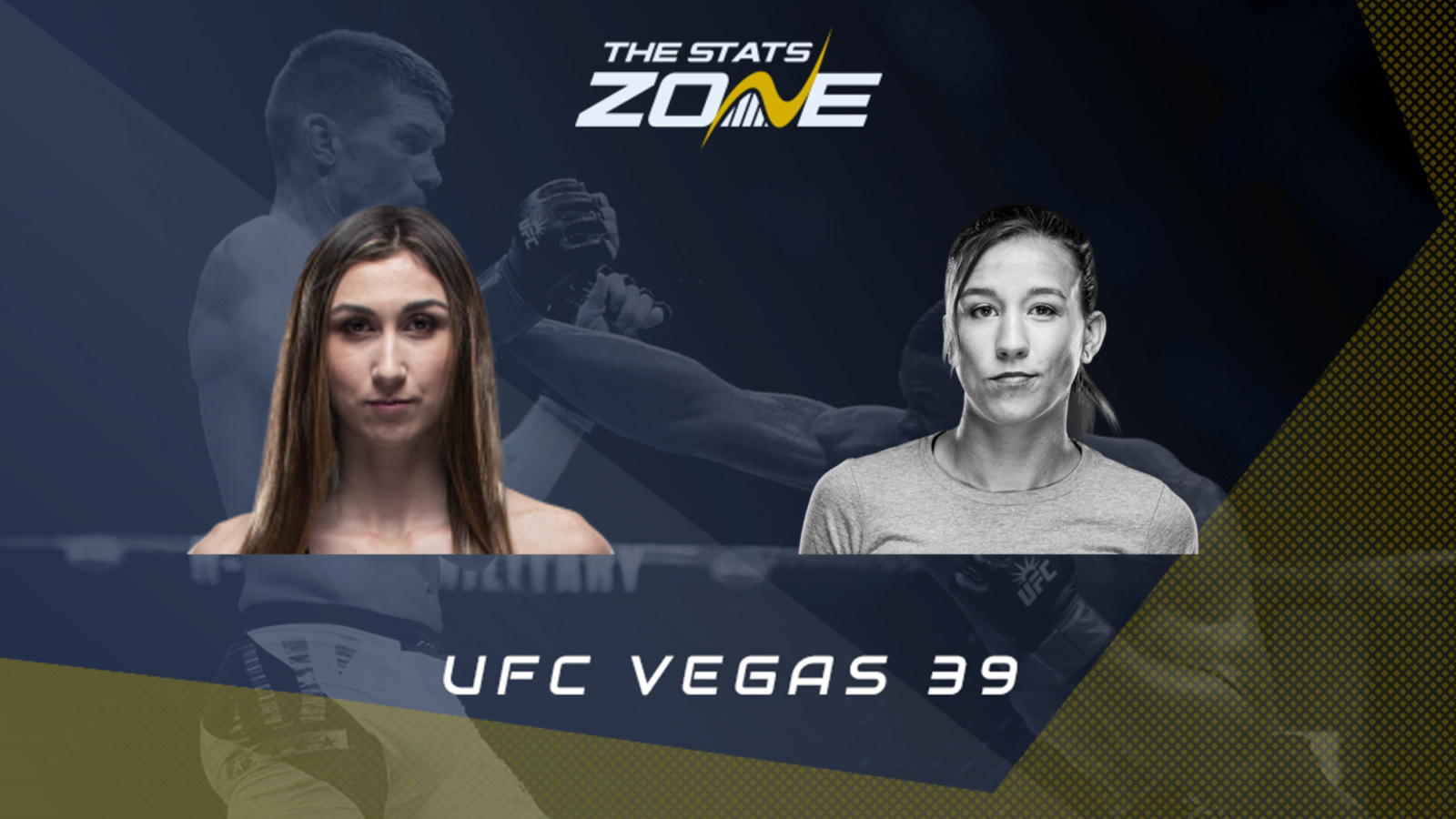 Sabina Mazo (11-2) is coming off a disappointing loss after trying her hand up at bantamweight. She was coming off three quality wins over Shana Dobson (unanimous decision), JJ Aldrich (split decision) and Justine Kish (submission). She then moved up a class to take on the veteran Alexis Davis who was on a three-fight skid. However, the Canadian schooled Mazo with her grappling to earn the unanimous decision.

Mariya Agapova (9-2) had an even bigger shock in her last fight, in fact it was one of the biggest upsets of the year. She had just blitzed through Alexa Conners (submission) and Marilla Santos (TKO) for Invicta to earn the call-up to the UFC. She kept the run going submitting Hannah Cifers in the first round and then was handed Dobson. She was expected to roll her over and put her away in the first round however, she gassed out and Dobson TKO’d her by the second round in a classy performance.

We do not know how high their ceilings are yet, but we know they are going to bring it and put on a show. We are particularly excited to see Agapova after her last fight as it should be a very valuable lesson in her young career.

They have both lost some stock recently, but they are still prospects. They are both lanky strikers with Mazo boasting slightly more range. Agapova has shown more grappling skills and her aggression will be key to put Mazo on the backfoot and start putting it on the Colombian.

However, if she cannot pace herself, Mazo will chew her up in the second round and after her last fight, we expect the Kazakhstani to be a lot more patient and even hesitant to throw.

We can see her relying on her wrestling to get the fight on the floor and look for a submission. However, Mazo has underrated grappling and if she can get out the first round, she will be expected to finish stronger.

This fight is a toss-up so as Agapova is the underdog, she is worth a punt. It is hard to see Agapova making the same mistake as her last fight because it was rather embarrassing so, we expect her to have a cagey first round, but utilise her wrestling to squeeze out a decision.