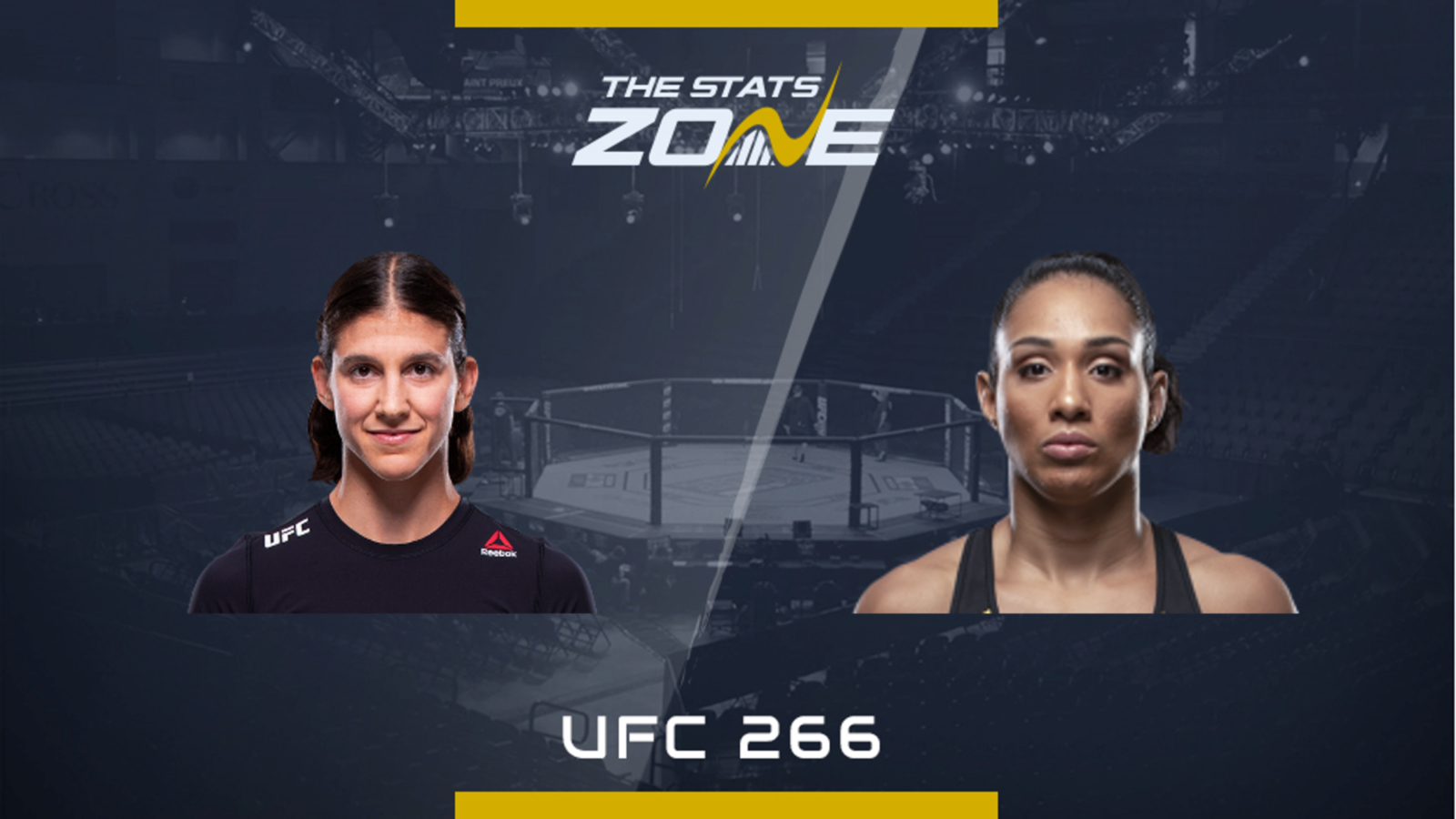 Where can I stream UFC 266? BT Sport subscribers can stream the fight online via the BT Sport website

Roxanne Modafferi (25-18) is floating on a consecutive win/loss streak which is a common theme in the competitive female divisions. Modafferi has never won two fights in a row in the UFC. She is 4-6 in the big time with her biggest win coming against Maycee Barber in January last year. An ACL helped her but inevitably lost her next fight to Lauren Murphy, then beat Andrea Lee and is now coming off a loss to Viviane Araujo which were all unanimous decisions.

Taila Santos (17-1) has been far more consistent. Despite a dubious split decision loss to Mara Romero Borella who she would dispatch now, she has won every fight. We cannot read much into her wins on the local scene as they are all cans but after losing that UFC debut, she has earnt unanimous decisions over Molly McCann and Gillian Robertson looking exceptional in the process.

A win over Modafferi still holds value in the UFC for some reason so this is a great opportunity for Santos to pick up an easy win and get right back in the octagon for a higher ranked opponent.

Modafferi is very durable so this should go to a decision. Santos just needs to keep the distance and should have the takedown defence to shrug her off and even respond with some takedowns of her own and hold top position. The longer the fight stays on the feet the longer the night will be for Modafferi.