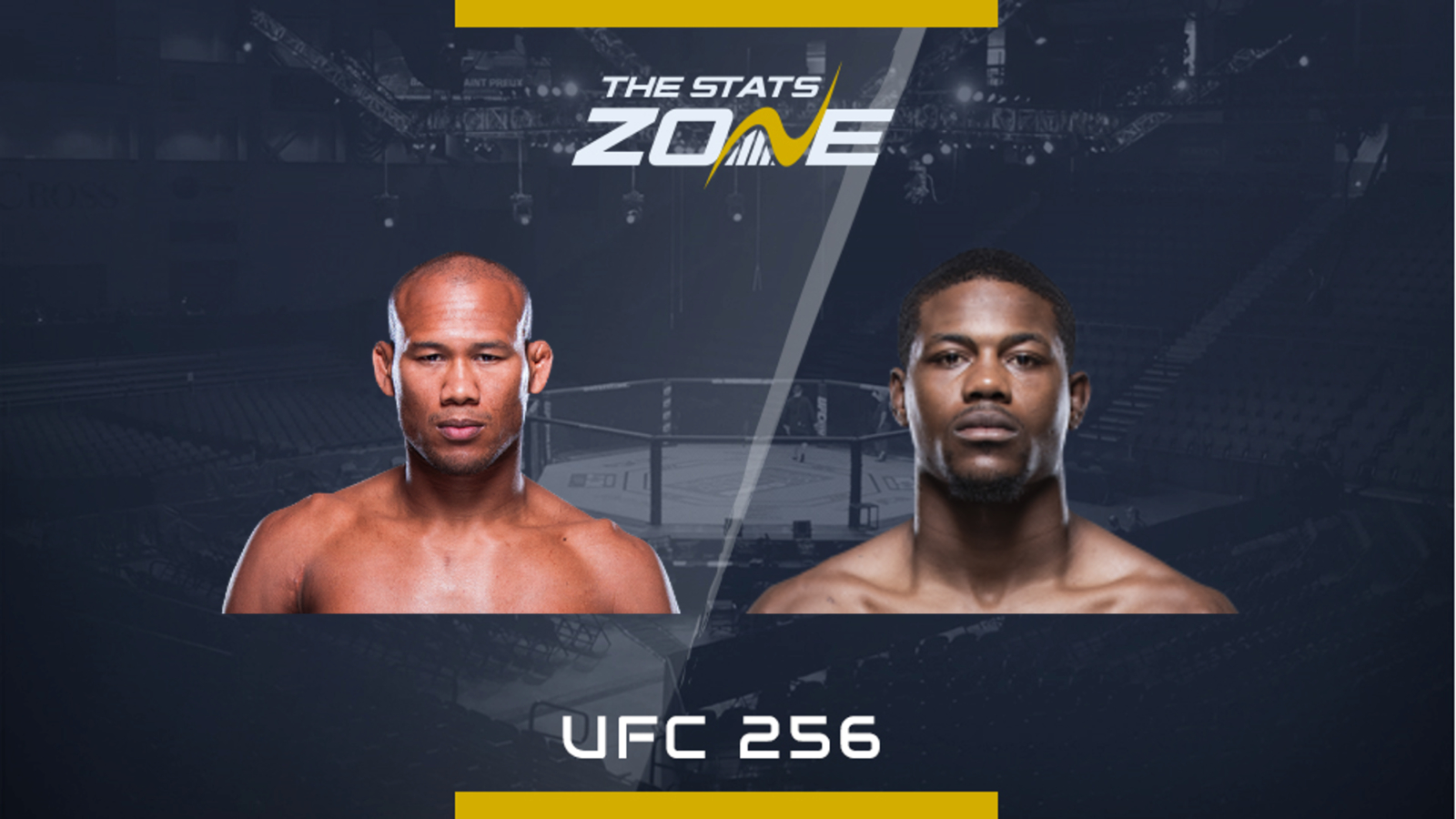 Where can I get tickets for UFC 256? No tickets are available as this event will take place without spectators

Where can I stream UFC 256? BT Sport subscribers can stream the fight online via the BT Sport website

Jacare Souza (26-8(1)) has a change of opponent after Vettori stepped up to fight Jack Hermansson last week. He drops back down to middleweight after his unsuccessful outing over a year ago. He decided to try his hand up at light heavyweight after a unanimous decision loss to Hermansson but matched up with Jan Blachowicz who is now the champion. He took him all the way to a close split decision and it may be a blessing in disguise, fast-forwarding his light heavyweight title fate especially at 41 years of age.

You cannot keep Kevin Holland (20-5) out of the cage who makes his fifth appearance of the year. He is one of the most active fighters on the entire roster and has fought 12 times since 2018 only losing to Thiago Santos who he fought on short notice and Brendan Allen who submitted him a year ago. Since he has won four on the bounce knocking out Anthony Hernandez, Joaquin Buckley and Charlie Ontiveros who he slammed after earning a razor thin split decision over Darren Stewart.

Jacare has lost five of his last nine and there is no doubt he is coming to the end of his career but that said, he is still at the top of the food chain when it comes to jiu-jitsu, he has knockout power and experience Holland does not have.

The question will be whether he has enough to halt the momentum and youth of Holland who is getting better with each fight. He will boast a significant nine-inch reach advantage and if he can keep the fight on the feet, he should win the exchanges and test the granite chin of Jacare.

The 54% takedown defence will wet the appetite of Jacare who is expected to shoot in once Holland starts to land clean. Jacare will make this a dog fight but the longer it stays on the feet the more chance Holland has in getting the knockout or winning the rounds. Holland is the favourite but if Jacare takes him down, a submission will be waiting for him.