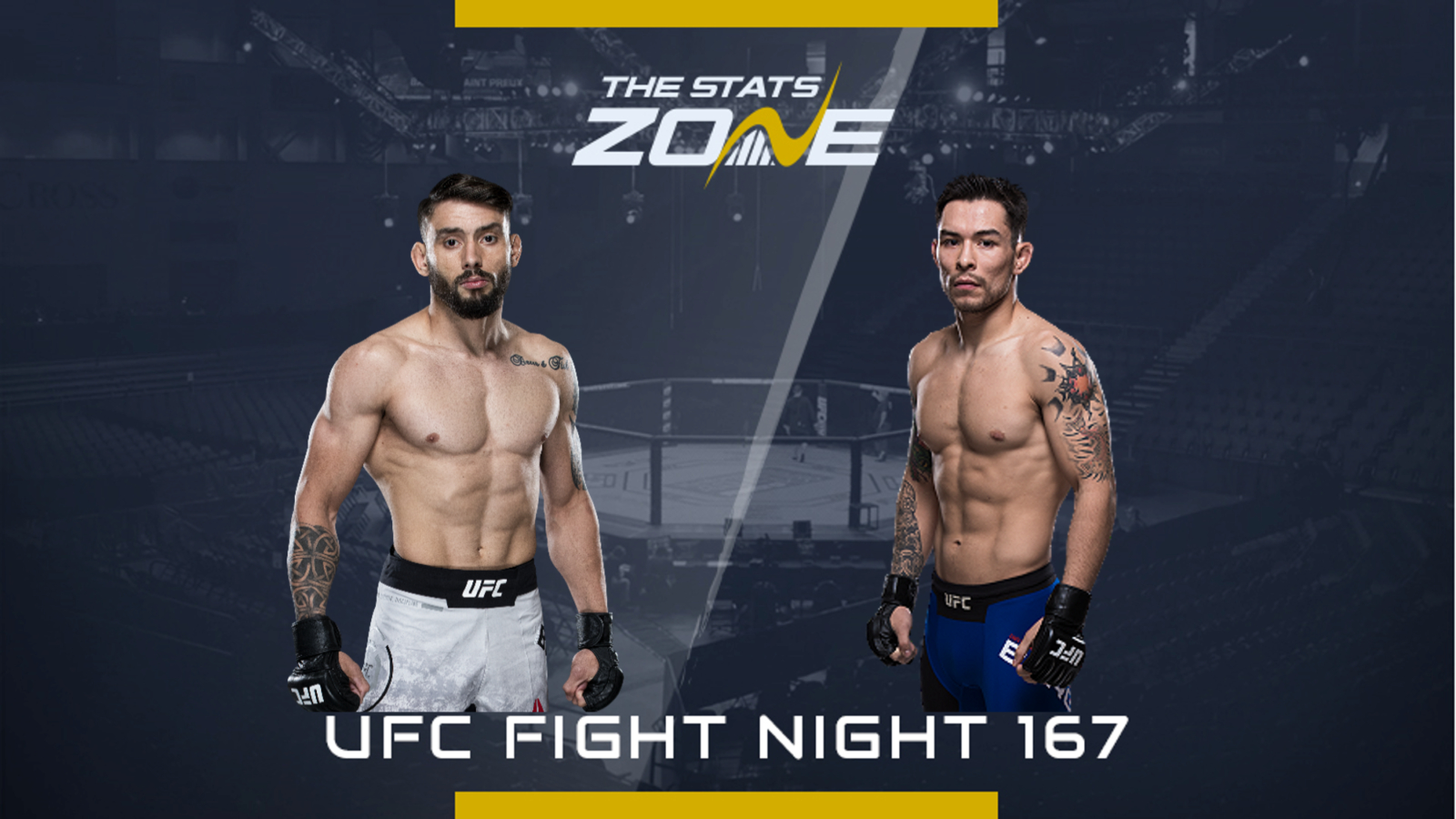 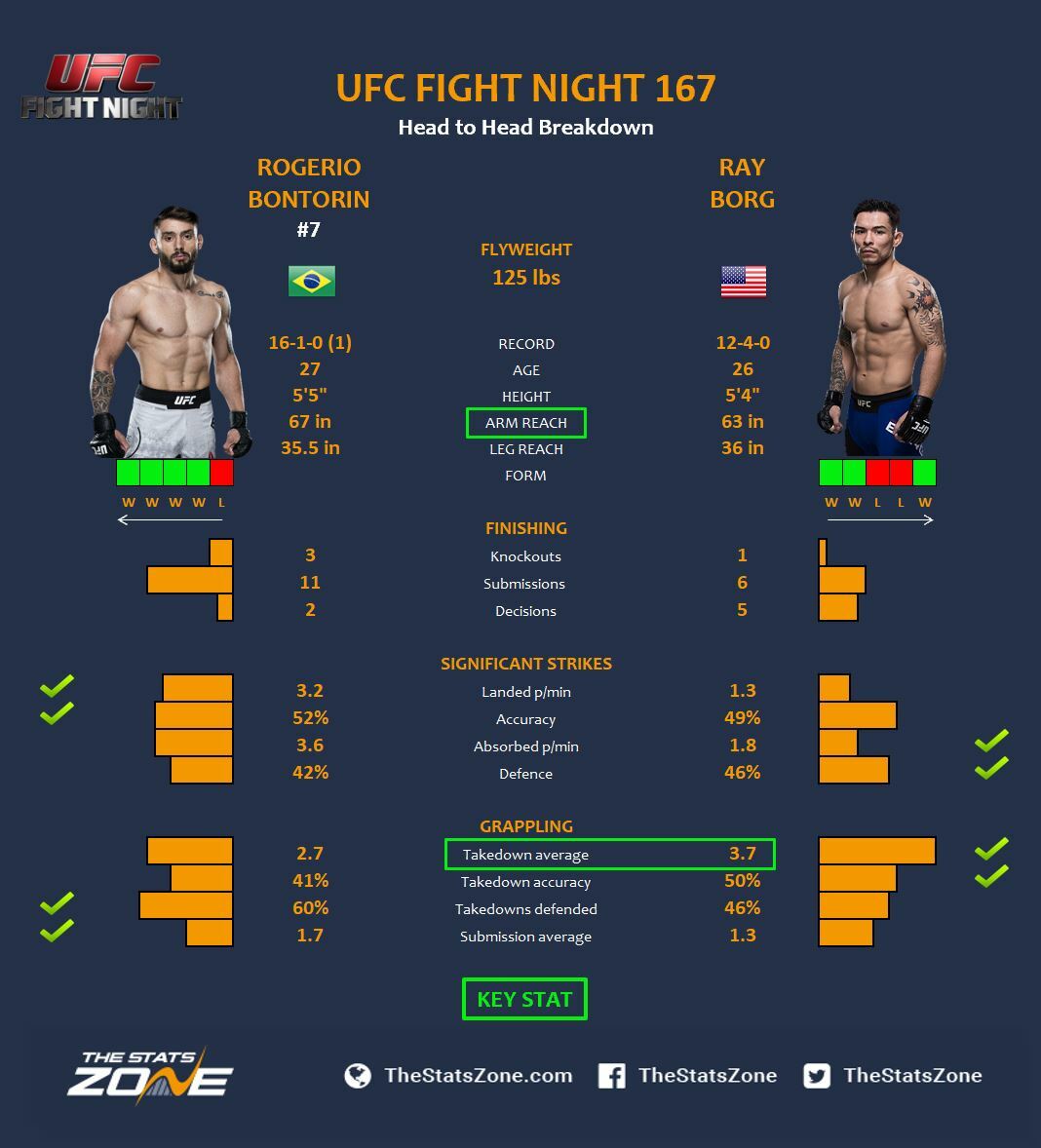 Ray Borg is back in action after his emotional win back in July last year but he has a very tough fight in the form of Rogerio Bontorin.

Bontorin has only lost one fight, to Michinori Tanaka via submission back in 2017 for the Grandslam promotion. He has gone on to win his next four including a submission win over Gustavo Gabriel Silva on Dana White’s Contender Series, a split decision over Magomed Bibulatov on his UFC debut, and he is coming off a TKO over Raulin Paiva.

Borg's biggest fight recently has been together with his young son, who has been battling a rare brain disease. However, once ready to compete, he met Gabriel Silva back in July last year and won a unanimous decision which prevented a three-fight skid.

This is a very intriguing match-up. Bontorin has looked superb, dangerous on the feet, and has 11 submission wins under his belt whereas Borg is a former title challenger who rose the ranks with dominant wrestling.

Bontorin has the skill to earn the win but it may depend on Borg’s mentality. If he is in a good frame of mind, he may have a new fire under his belly and put on a ferocious pace for three rounds to out-wrestle Bontorin to a decision.