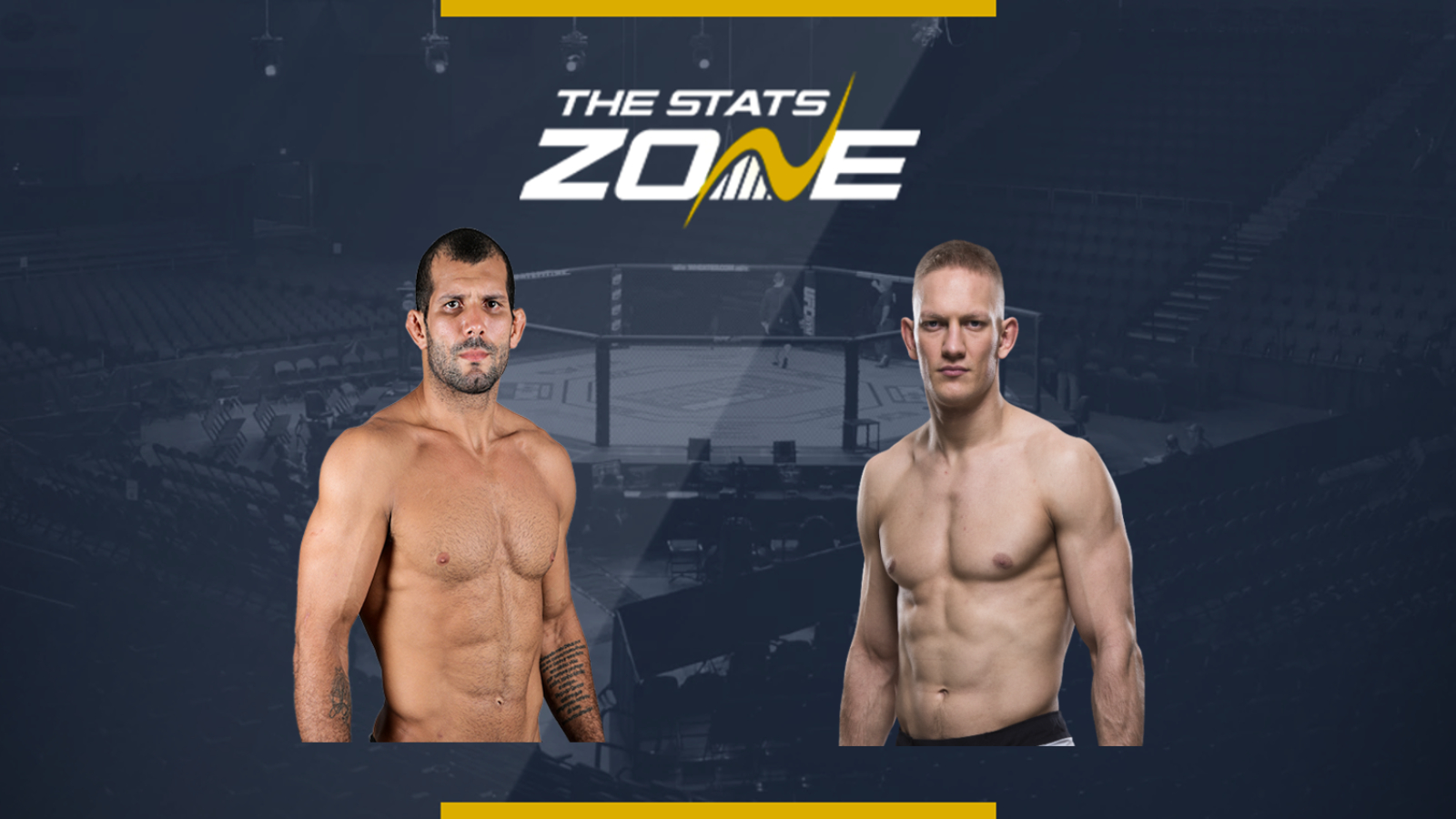 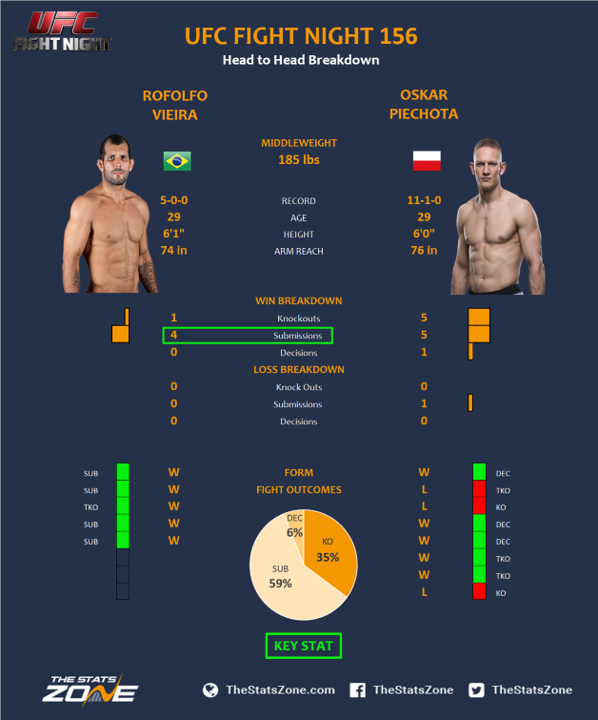 Rodolfo ‘The Black Belt Hunter’ Vieira makes his UFC debut after just five fights but he enters the octagon as one of the very best Jiu-Jitsu practitioners in the world and Oskar Piechota is the black belt assigned to escape his clutches.

Vieira is incredibly decorated with a house full of World Championship and World Cup gold medals. He is jacked, and in his five previous fights he choked out four opponents and knocked out the other. However, he is in the UFC now and up against his toughest foe to date.

Piechota is a black belt but his skills pale in comparison to the multiple world champion. However, the Pole is also an excellent striker and only suffered the first lost of his career in his last fight against Gerald Meerschaert. He was submitted, but this was due to him being severely concussed.

On paper, this looks like a great match-up. However, Vieira only needs one opportunity to display his higher class of grappling. Piechota needs to keep the fight on the feet at all costs as he has the clear striking advantage but Vieira’s explosiveness will enable him to get Piechota to the mat where he will mercilessly find a submission.