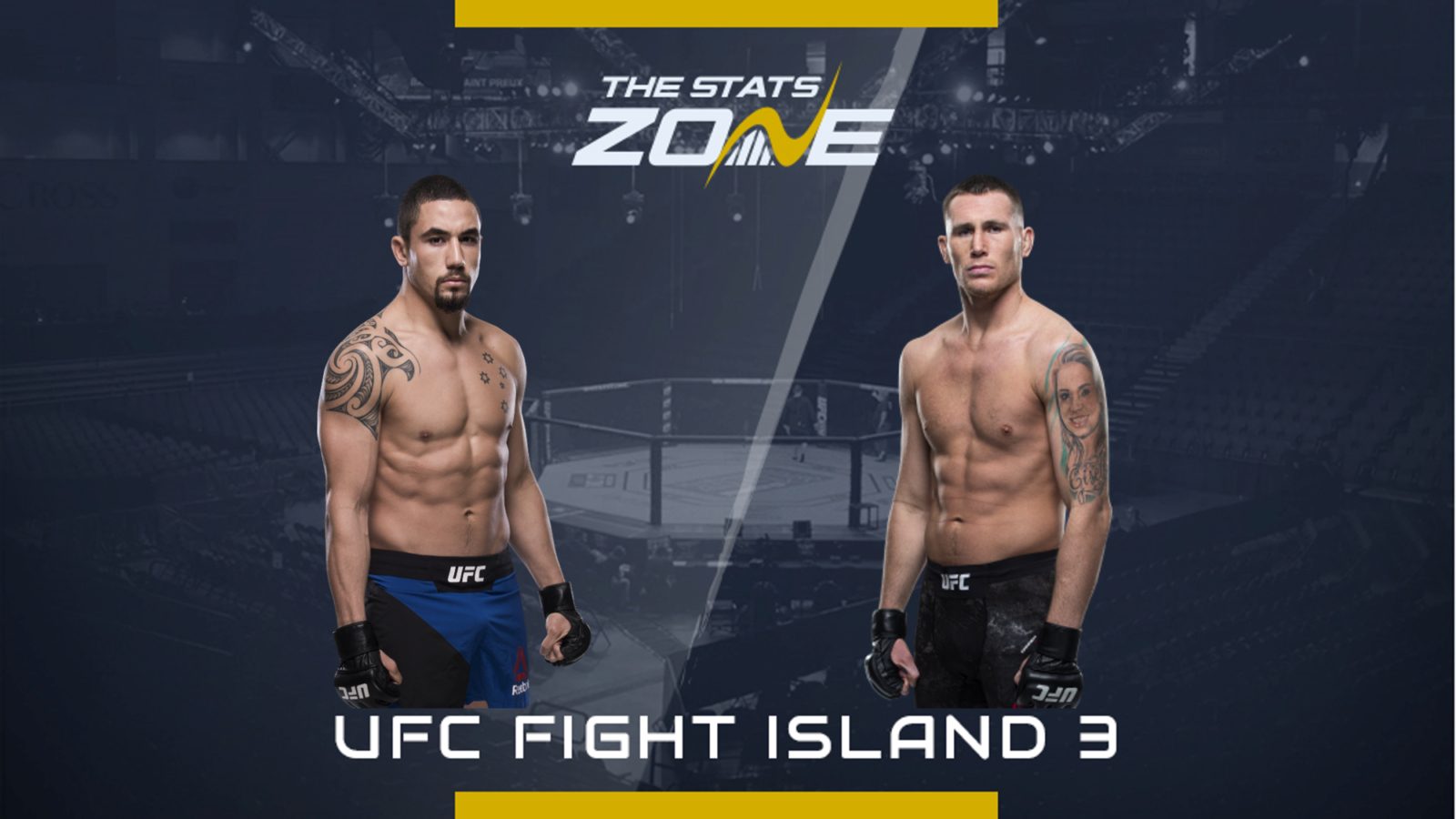 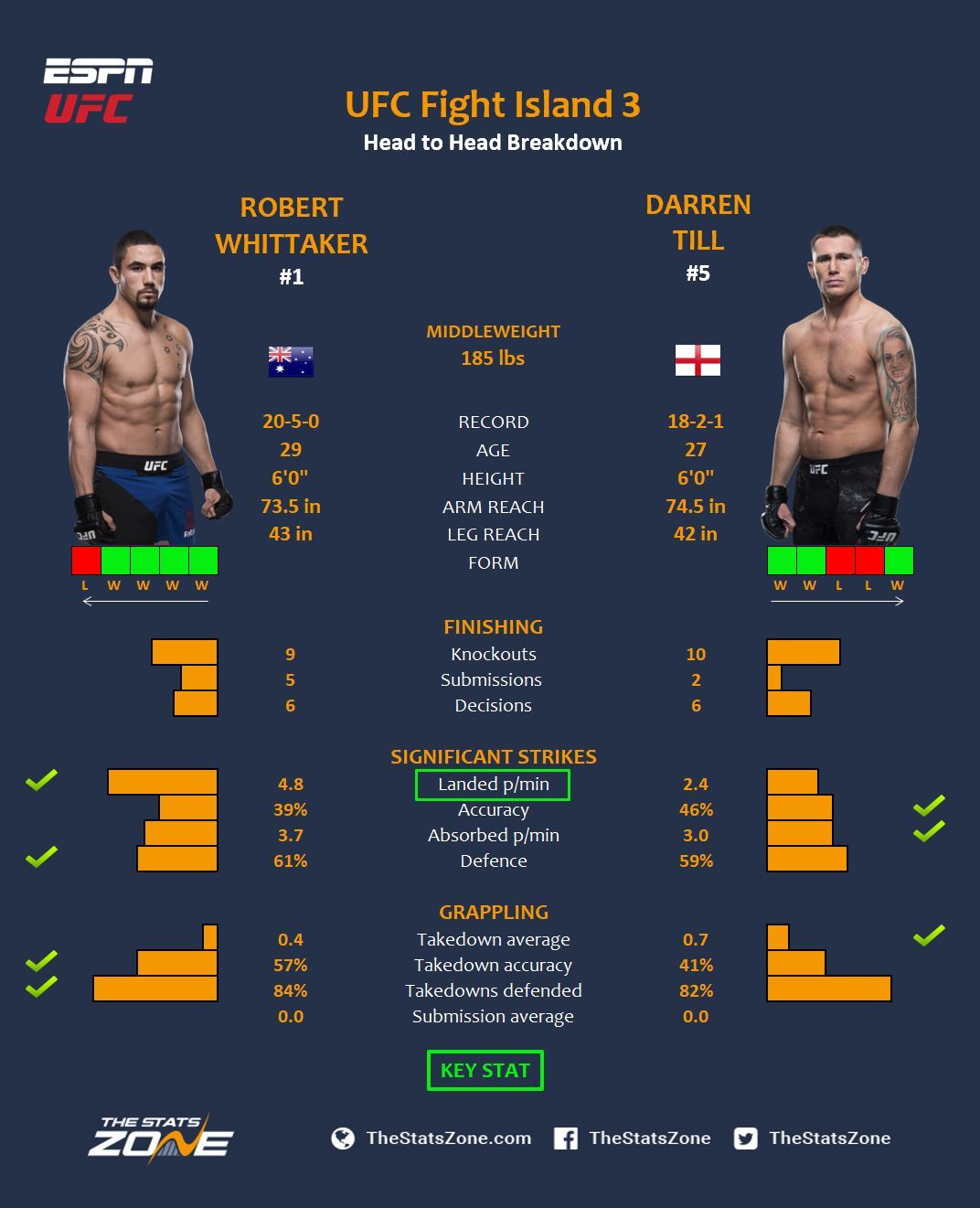 The fourth event on Fight Island is headlined by a mouth-watering fight between two fan-favourites - Robert Whittaker and Darren Till.

Whittaker has regained some motivation after losing his belt to Israel Adesanya in devastating fashion which snapped that phenomenal nine-fight winning streak. He was scheduled to return against Jared Cannonier back in March, but he really needed time to rest and recover properly suffering burnout. Thankfully, he is back and raring to go.

Till heads to Fight Island continuing his quest at middleweight. After the welterweight title shot and submission loss to Tyron Woodley and the brutal knockout loss courtesy of Jorge Masvidal, Till moved up to middleweight and immediately proved he is a top contender by earning a split decision over the former title challenger Kelvin Gastelum.

It will be a real shame to see one of the warriors lose but it is destined to be a war with the highest skill level. Till made a name for himself with his Muay Thai and overwhelming opponents with his power but he proved his class against elite strikers, Stephen Thompson and Kelvin Gastelum with calculated performances.

He is cerebral and creates openings with elaborate movement and feints also using that power superbly in the clinch. Whittaker is a better all-round wrestler and is also devastating on the feet with awkwardly timed combinations finishing with his snapping head kick.

Whittaker may call upon his wrestling, but any grappling is likely to be initiated by Till’s clinch. That said, this is likely to be a tactical stand-up battle of the highest level. They have the power to finish but they are both expected to be patient, respecting each other’s skills and although a lot of damage will be dished out, we are likely to see five rounds.

Over the course of five rounds, it could come down to Whittaker’s mental/physical state and ultimately who lands more. Either way, this is going to be an exhilarating stand-up battle.