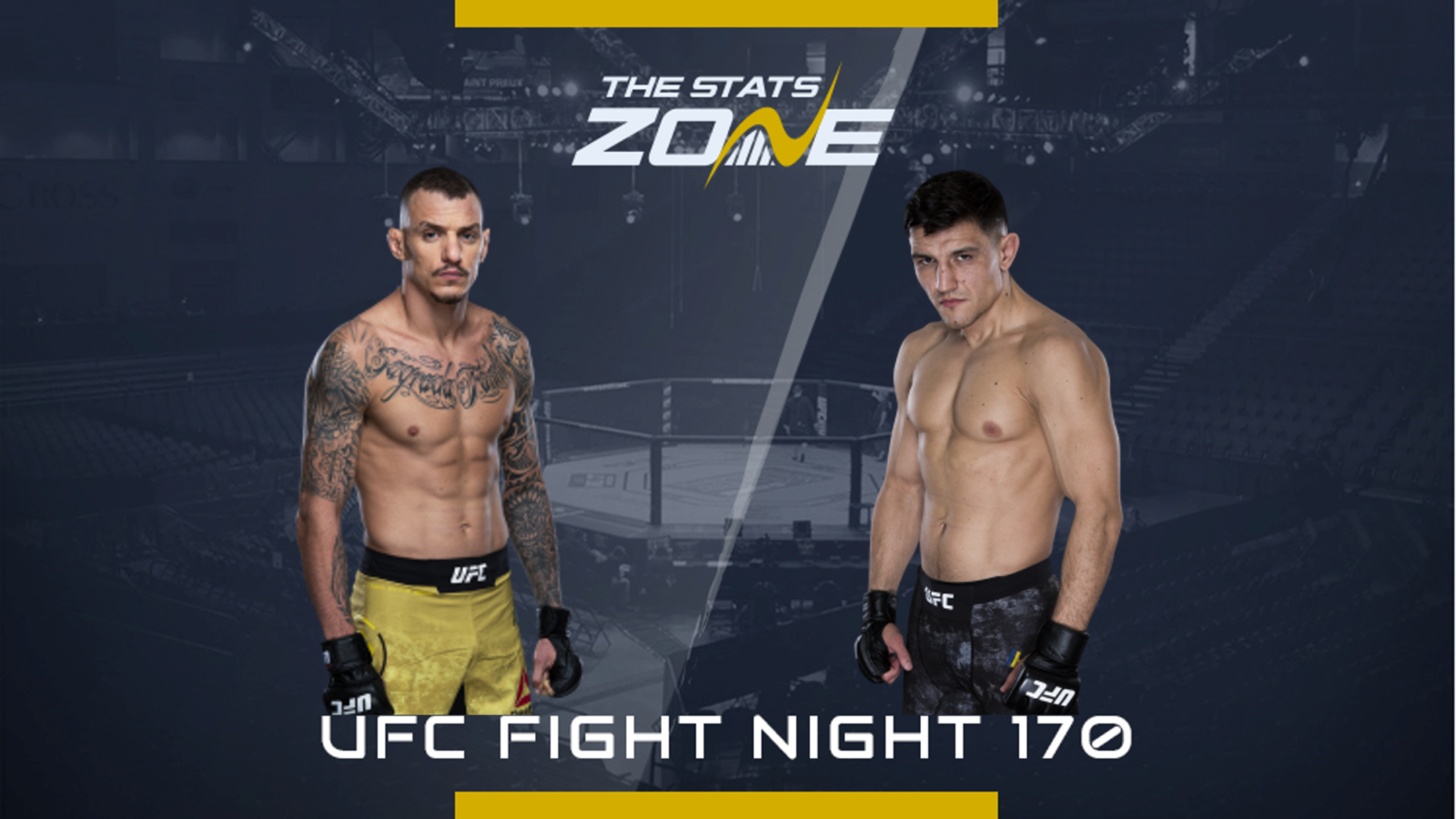 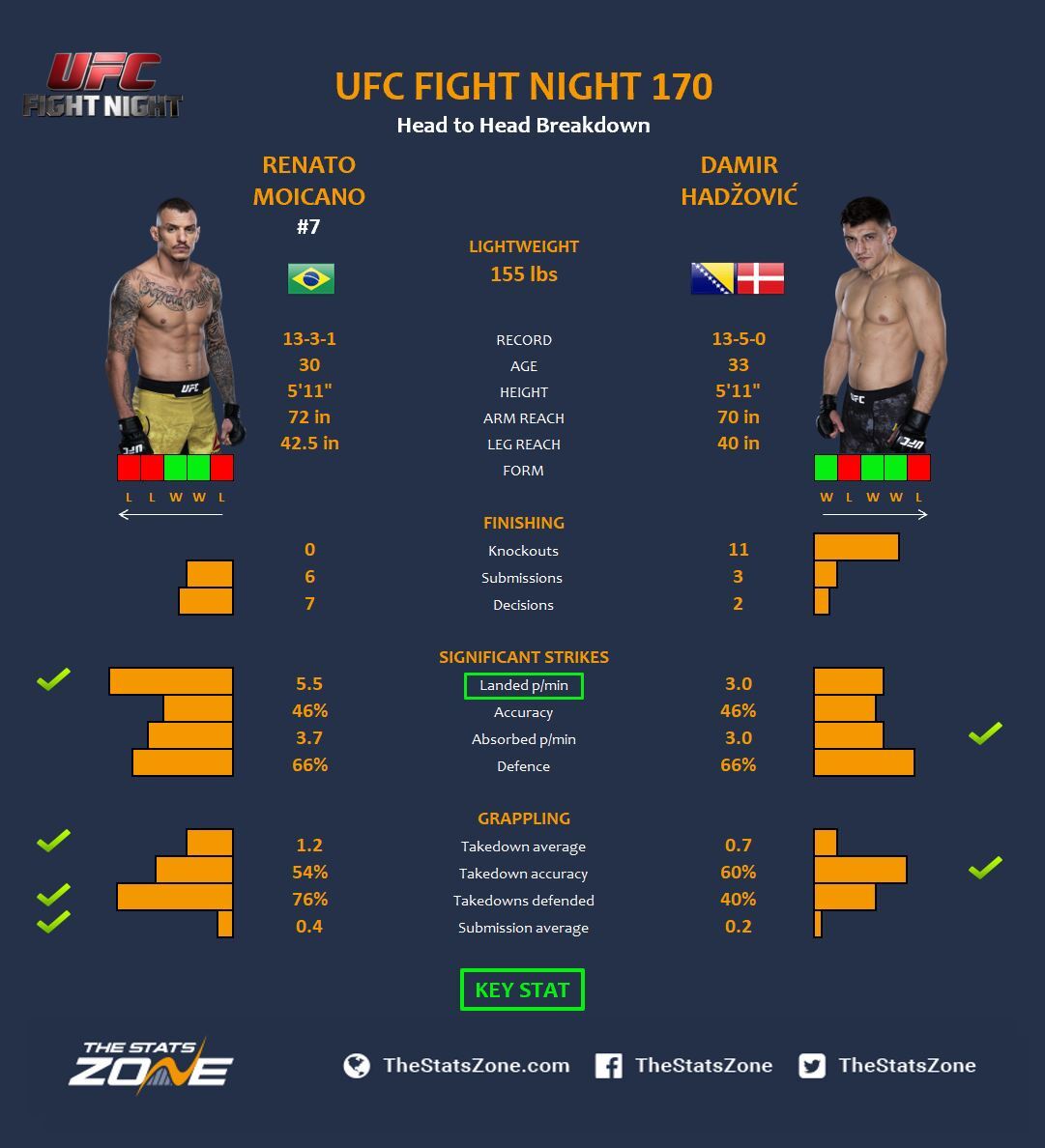 Renato Moicano heads back to his roots in Brasilia and returns to fight ‘The Bosnian Bomber’ Damir Hadzovic.

Storming up the featherweight ranks and sitting on a record of 13-1-1, Moicano stepped up to fight former champion Jose Aldo back in February last year. He suffered his first knockout loss, outclassed by the legend, and then suffered a consecutive knockout finish four months later when he took on Chan Sung Jung so he now moves up to lightweight in attempts to get back in the winning column.

After edging a decision over Nick Hein and knocking out Marco Polo Reyes, Hadzovic is also now coming off a loss which was a unanimous decision to Christos Giagos. That loss made it 3-3 in the UFC and he is finding out first-hand how hard it is to string wins together, especially in the featherweight division.

Hadzovic is a strong wrestler and Moicano is a slick submission artist but this fight is likely to be won on the feet. Hadzovic is bullish and a powerful striker but Moicano has the poise to inflict all the damage with his jab and leg kicks which will be more potent up at lightweight. He can keep Hadzovic at a distance, but his jab in particular is powerful enough to break the Bosnian down and get a decision at least.