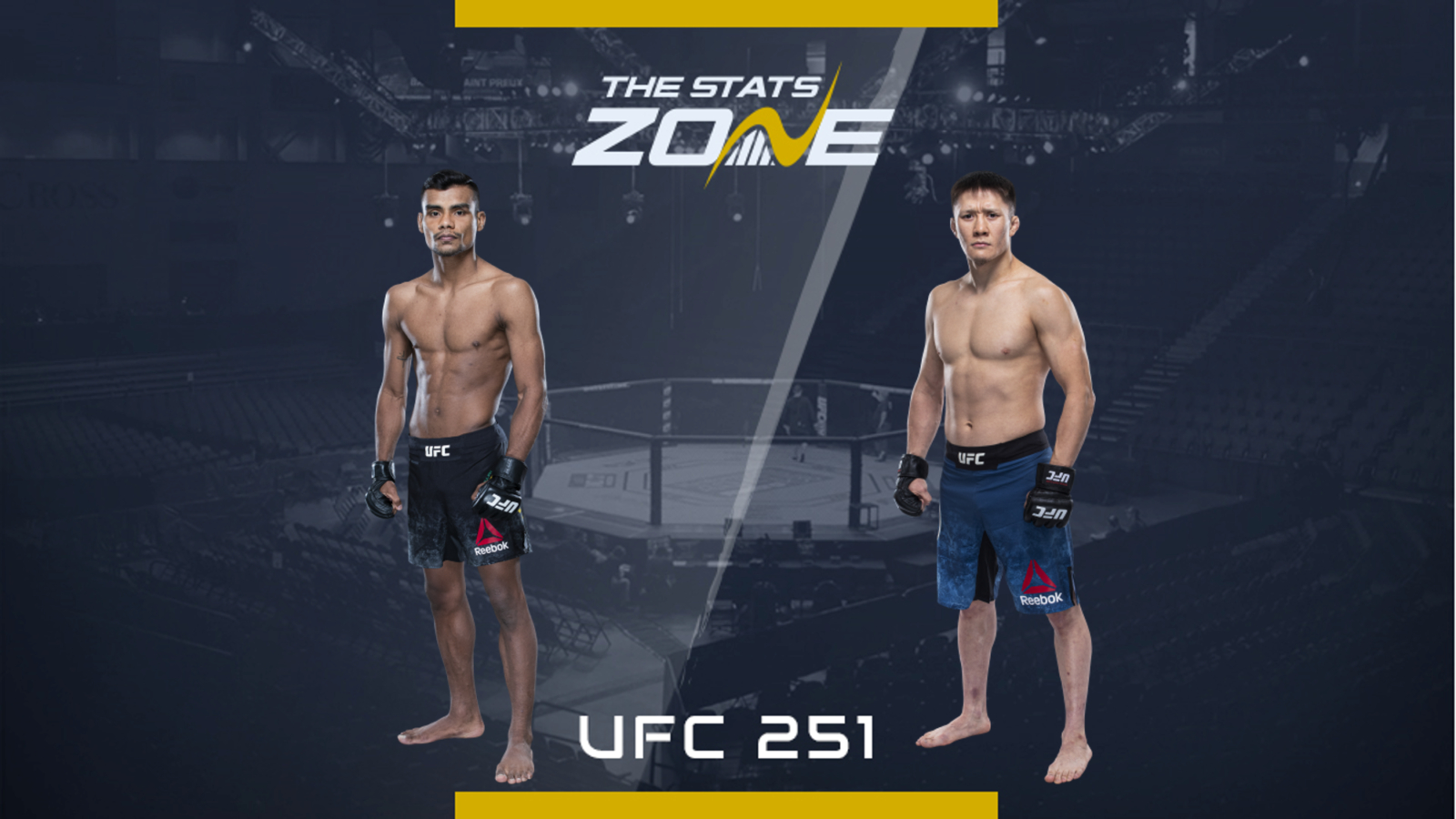 Brazilian flyweight Raulian Paiva will be keen to kick on in the UFC now after ickin up his first win at the third attempt of asking in the Octagon as he beat Mark De La Rosa back in February. He is ranked 14 in the division but after earning a contract via Dana White’s Contender Series, the talented Brazilian lost a split decision to Kai Kara-France on his UFC debut and then suffered a loss due to a deep gash on his eyebrow against Rogerio Bontorin. His emphatic win over De La Rosa last time out will give him belief however that he can produce at this level and he will look to improve on his 19-3 record here.

Zhalgas Zhumagulov makes his UFC debut here and the Kazakh fighter will be looking to make an immediate impact. He has won his last four fights – all via the judges’ scorecards – and he carries a 13-3 record. Zhumagulov is a strong technical fighter who has a good all-round game without particularly excelling at any one thing.

This match-up could be the most entertaining on the undercard with these two speedy flyweights expected to put on a lively fight. A knockout seems unlikely with neither fighter possessing great knockout power, but it should be a quick and highly technical fight between the two. The preference goes to Raulian Paiva here as he has the edge in a number of areas but this is one that will likely be decided by the judges.