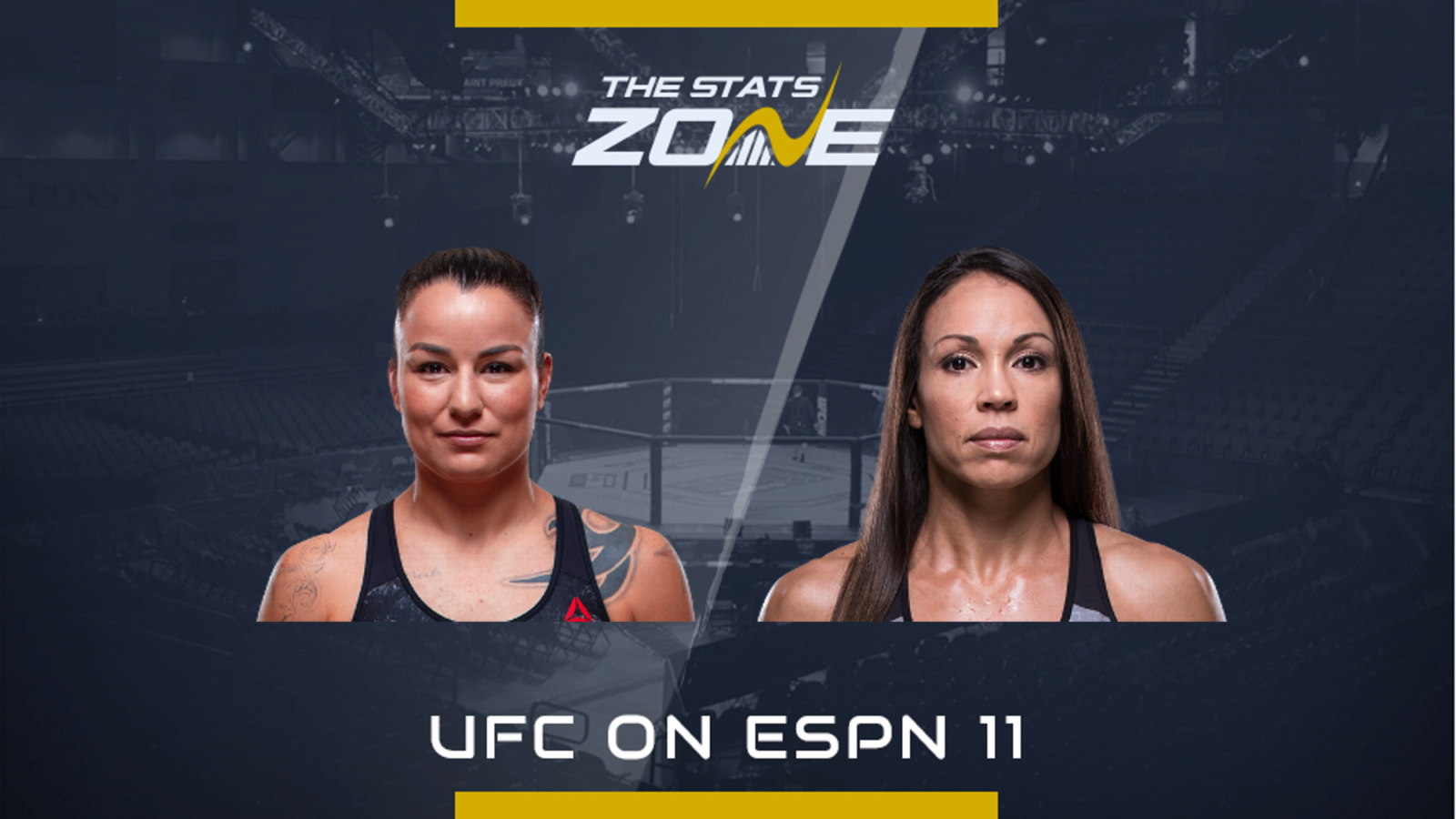 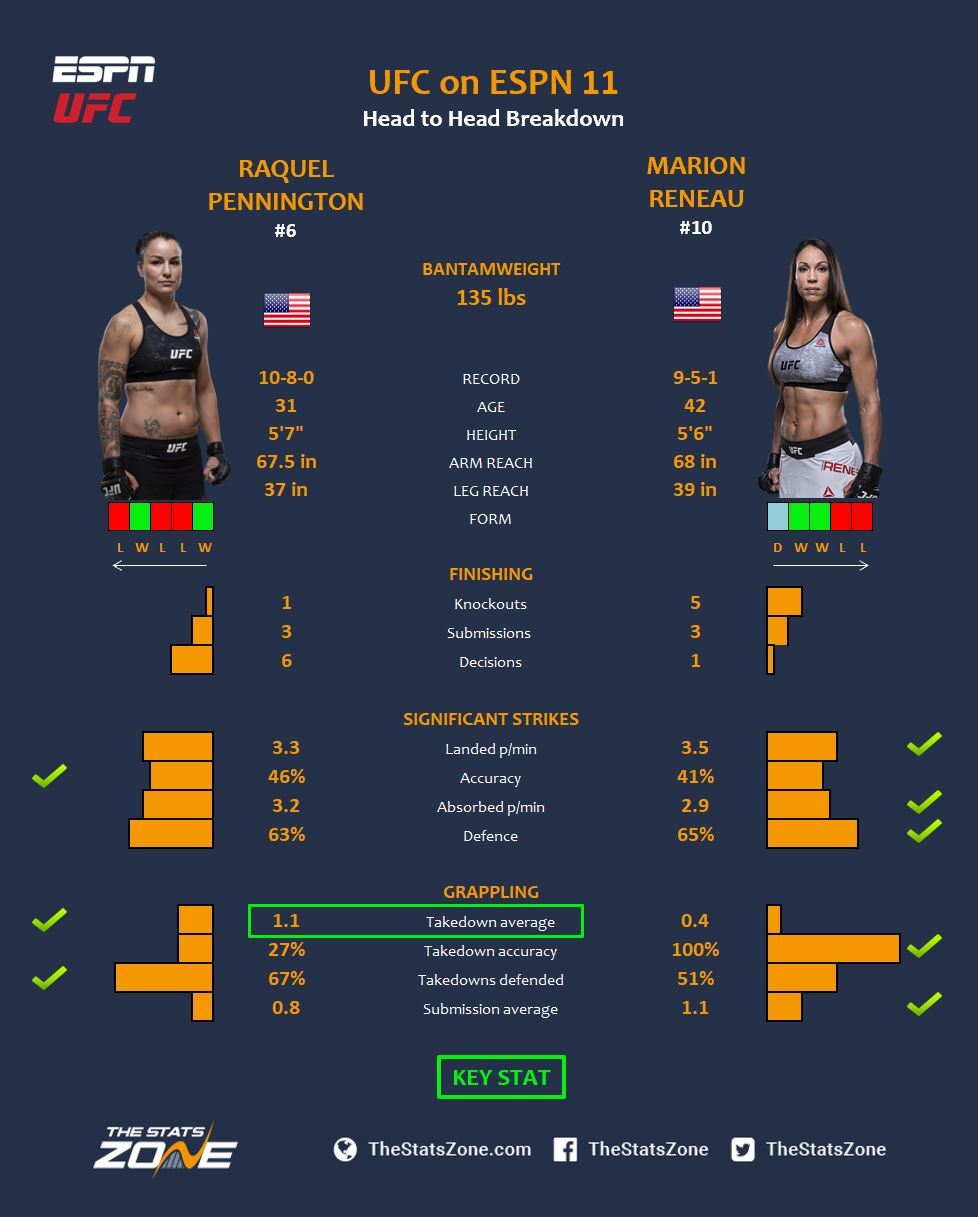 Two powerful bantamweights in the shape of Raquel Pennington and Marion Reneau support the main event at UFC on ESPN 11.

Pennington’s record is unflattering but that is what happens when you fight the majority of your career at the top of a UFC division. She has not quite looked the same after her hunting accident on an ATV although she has come up against Amanda Nunes and Germaine de Randamie and was outclassed. However, she squeaked out a decision against the up-and-coming Irene Aldana but suffered another loss in her last fight and rematch with Holly Holm.

The high school teacher has been in the UFC since 2015 and has a UFC record of 5-4-1, never quite making it to the top level. However, a win over Pennington would be huge for the 42-year-old but she has not fought for over a year and comes off two unanimous decision losses to Cat Zingano and Yana Kunitskaya.

These are two of the strongest women in the division but stylistically this will not get the fans off their seat which is just as well as there won’t be any. Pennington will look to smother Reneau in the clinch and try to set up a takedown. Reneau is extremely tough and an excellent Brazilian jiu-jitsu practitioner but Pennington is likely to out-wrestle here and grind out a decision.