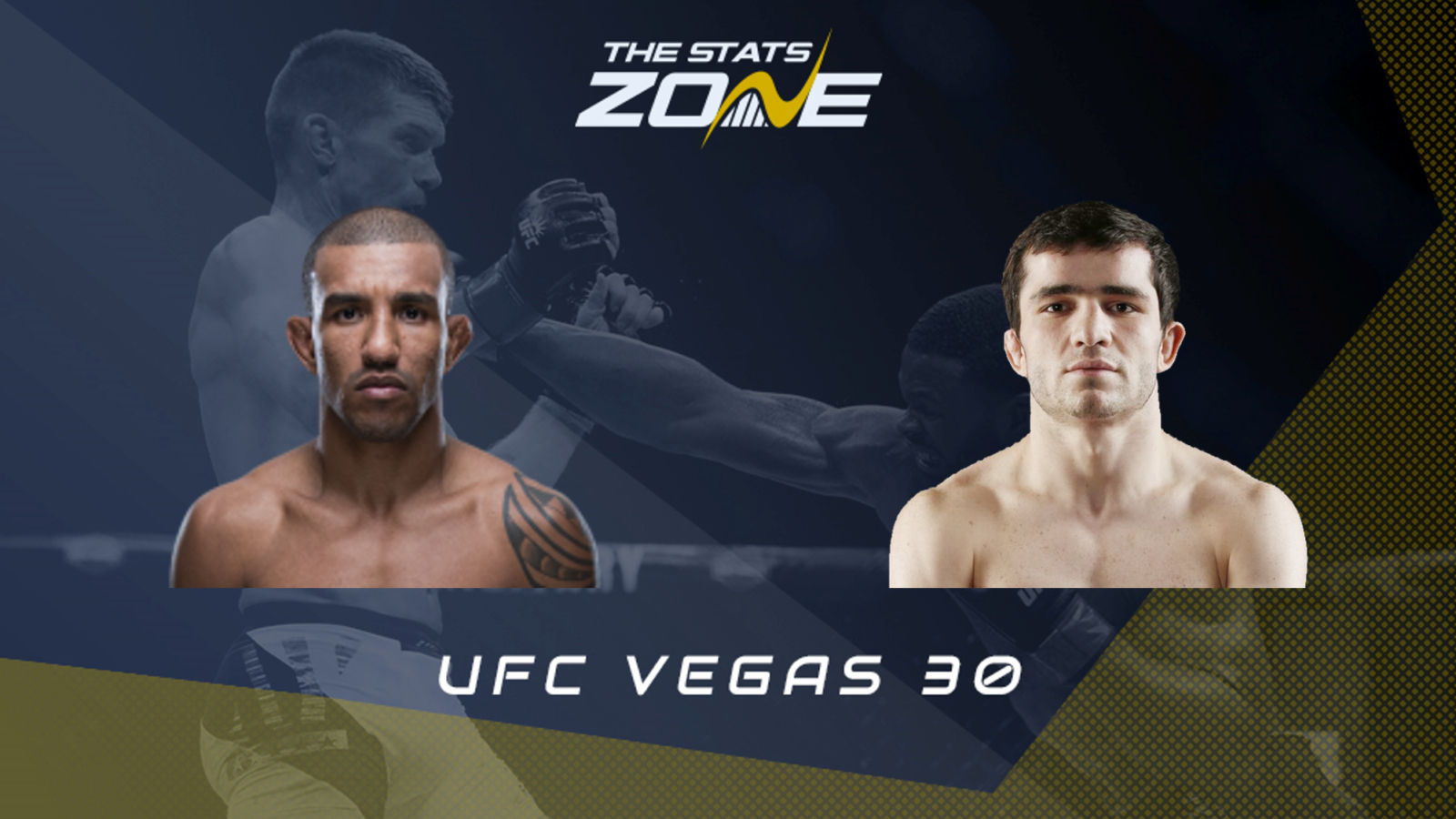 Where is UFC Vegas 30? UFC APEX, Enterprise, Nevada (US)

Where can I get tickets for UFC Vegas 30? Click here for the latest ticket information for UFC events

Where can I stream UFC Vegas 30? BT Sport subscribers can stream the fight online via the BT Sport website

Raoni Barcelos (16-1) has been deprived of attempting to extend his impressive nine-fight win streak. He only got to fight once last year after bouts with the likes of Merab Dvalishvili, Raphael Assuncao and Marcelos Rojo all fell through due to medical suspensions, COVID-19 and Assuncao having to pull out. Thankfully, he is back and hungry to continue where he left off after racking up his fifth UFC win. After dispatching Kurt Holobaugh on his debut, he dropped down to bantamweight and submitted Chris Gutierrez and knocked out Carlos Huachin. He then snapped Said Nurmagomedov’s seven-fight win streak with a unanimous decision and followed it up with another over Khalid Taha back in November.

Timur Valiev (17-2(1)) drops down to bantamweight looking to extend his own unbeaten run. Technically he is unbeaten in eight after his knockout loss to Trevin Jones was overturned after Jones popped for marijuana. That was his UFC debut and he treated it like a loss as he should, but he responded well returning six months later in February this year earning a unanimous decision over Martin Day.

This will be a showcase of high-level mixed martial arts. They are both elite grapplers – Barcelos is a Brazilian jiu-jitsu black belt and National Nogi Championship gold medallist whereas Valiev is a Master of Sports in Sambo and Pankration which is a combination of boxing and wrestling founded in ancient Greece. Add in the fact they are both dangerous strikers, we are in for a treat.

As good as their grappling is, we can see it cancelling each other out forcing a stand-up battle. They have almost identical height and reach but Barcelos will be more confident on the feet as a more dynamic and explosive striker.

Expect Barcelos to be the aggressor, pressing the action and forcing Valiev on the back foot with leg kicks and combinations. Valiev is very durable and will back himself to absorb anything that comes his way while firing back with his own leg kicks and counters.

This is destined to be an even battle and the fight could be decided by whoever can throw in a takedown in between the striking exchanges. This is where Barcelos’ aggressiveness should swing the fight in his favour. If he can force Valiev back to the fence with powerful strikes, takedowns and clinches will open up.

Valiev is an exceptional fighter, but we are backing Barcelos to stretch the streak and hopefully go on to land a ranked bantamweight.