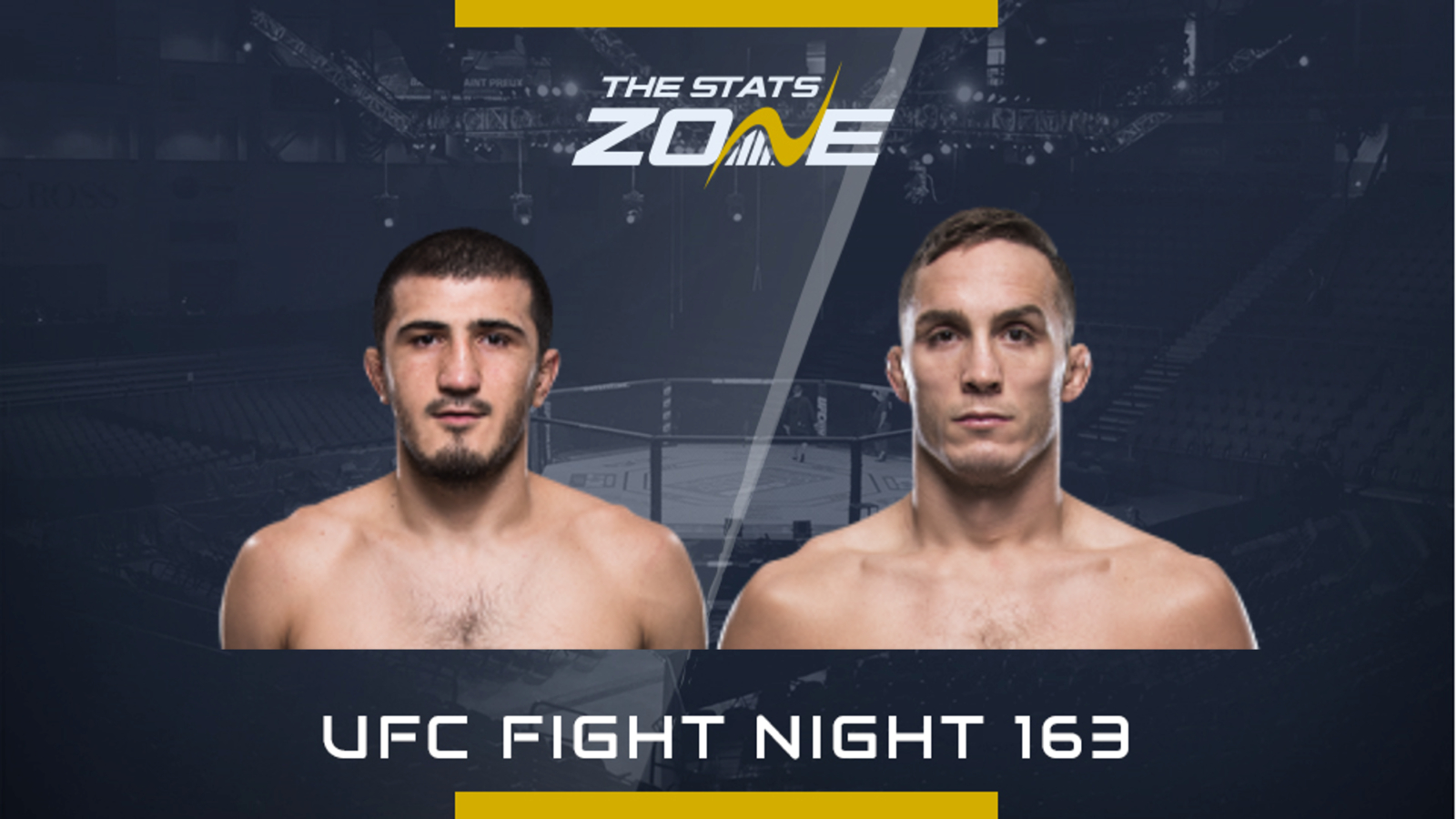 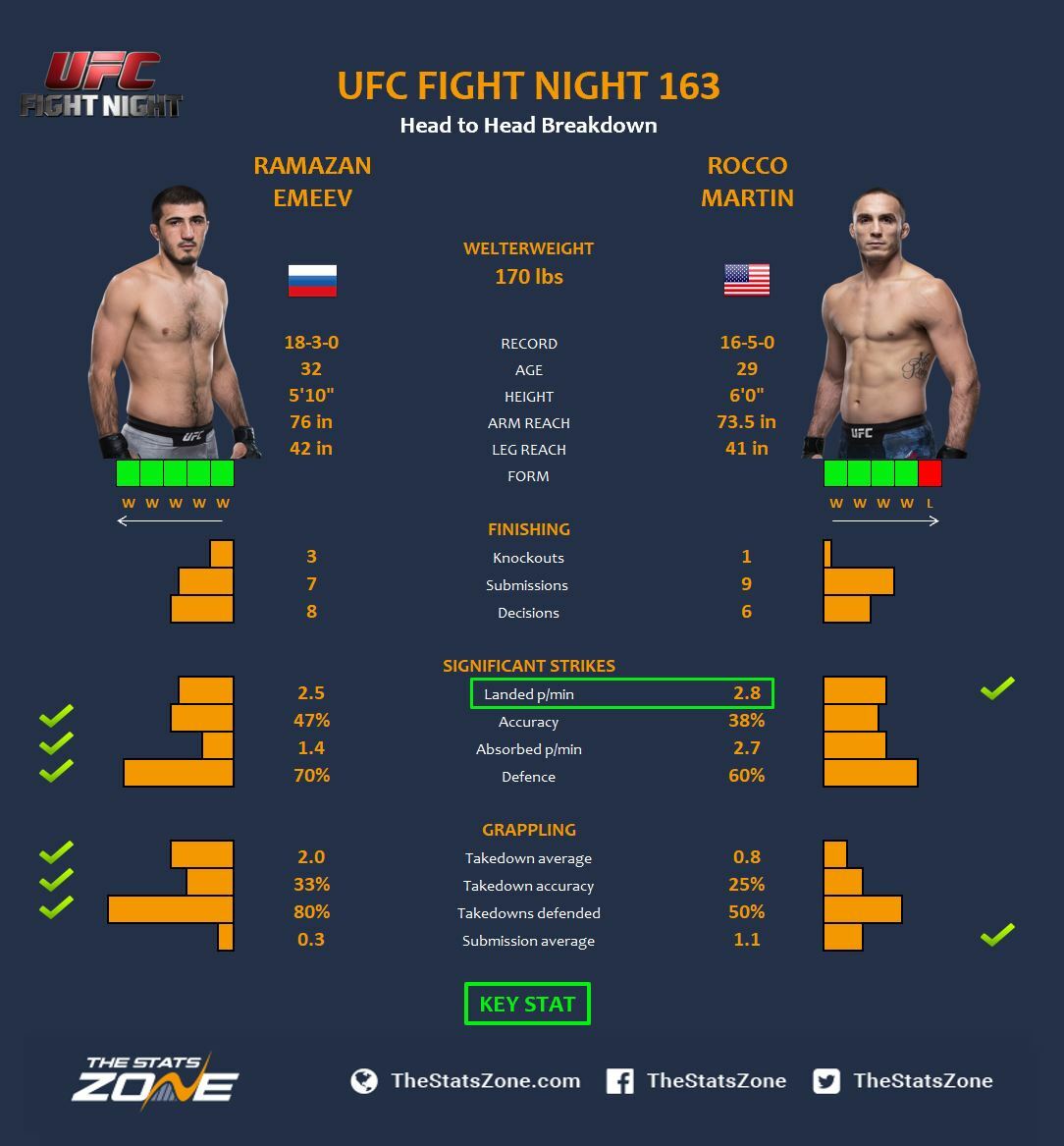 Another Russian phenom looks to thrill his fans as Ramazan Emeev has the toughest test of his career so far in Rocco Martin.

Emeev has only lost once in 16 fights which was to Vyacheslav Vasilevsky, losing his M-1 middleweight championship. However, he submitted Vasilevsky in the rematch and went on to defend the belt four times before making his UFC debut. He beat UFC vet Sam Alvey via decision and then added two more decisions to the record with wins over Alberto Mina and Stefan Sekulic but he has not fought in over a year.

If Emeev gets past Martin, you know he will be a huge threat in the division. Martin only lost once in eight before meeting one of the best grapplers in the sport. He lost to Demian Maia but put up a great fight escaping the Brazilian’s clutches before forcing a majority draw.

On paper, this should be a fascinating grappling battle. Emeev has used his sambo and wrestling to amass a brilliant record while Martin is a machine and extremely difficult to put away as we saw in his fight with Maia.

It would be great to see them tangle but their skills may force the fight on the feet. It will be a gritty affair and likely to end in a decision with Martin expected to use his experience and sway the judges.