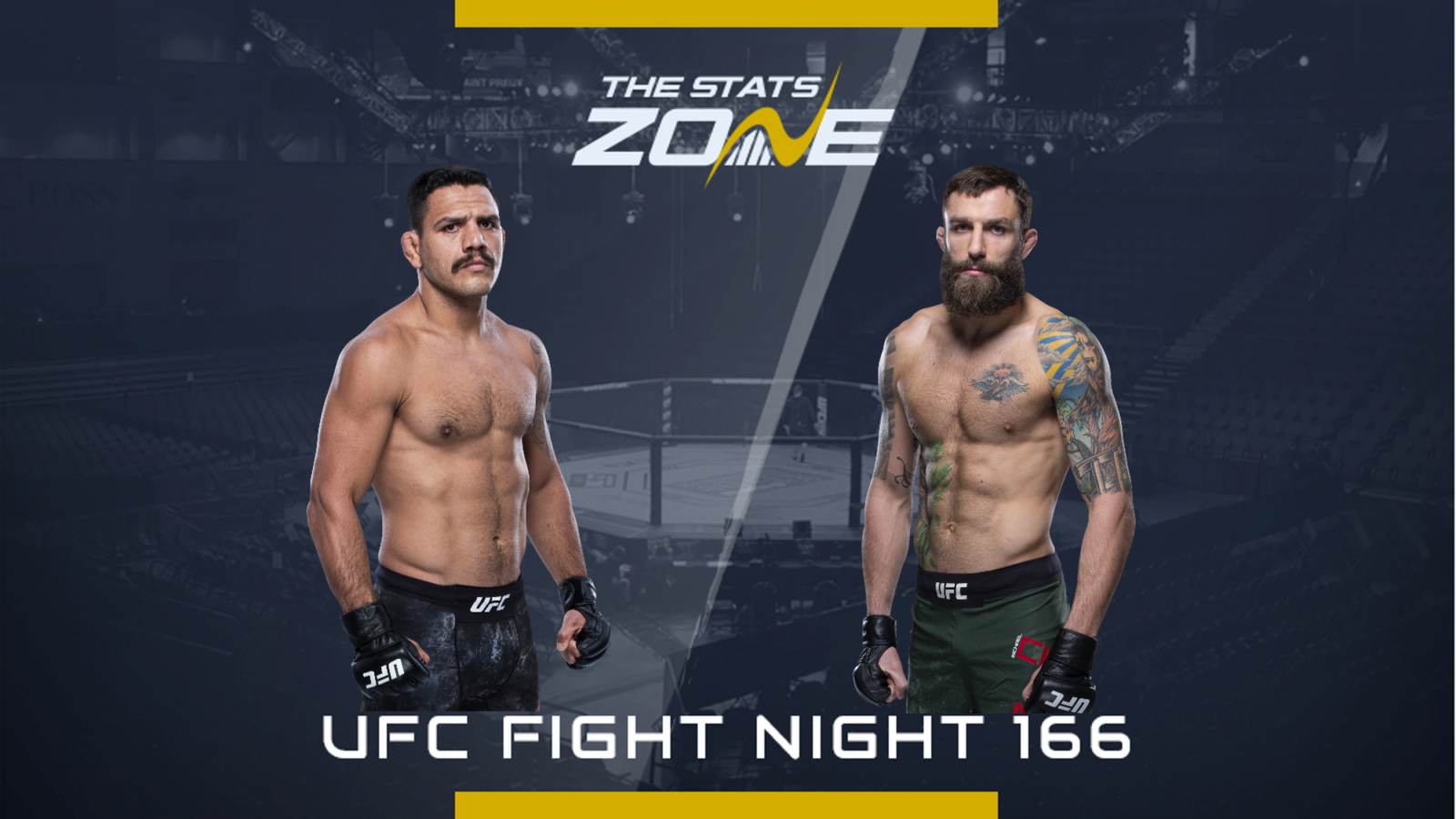 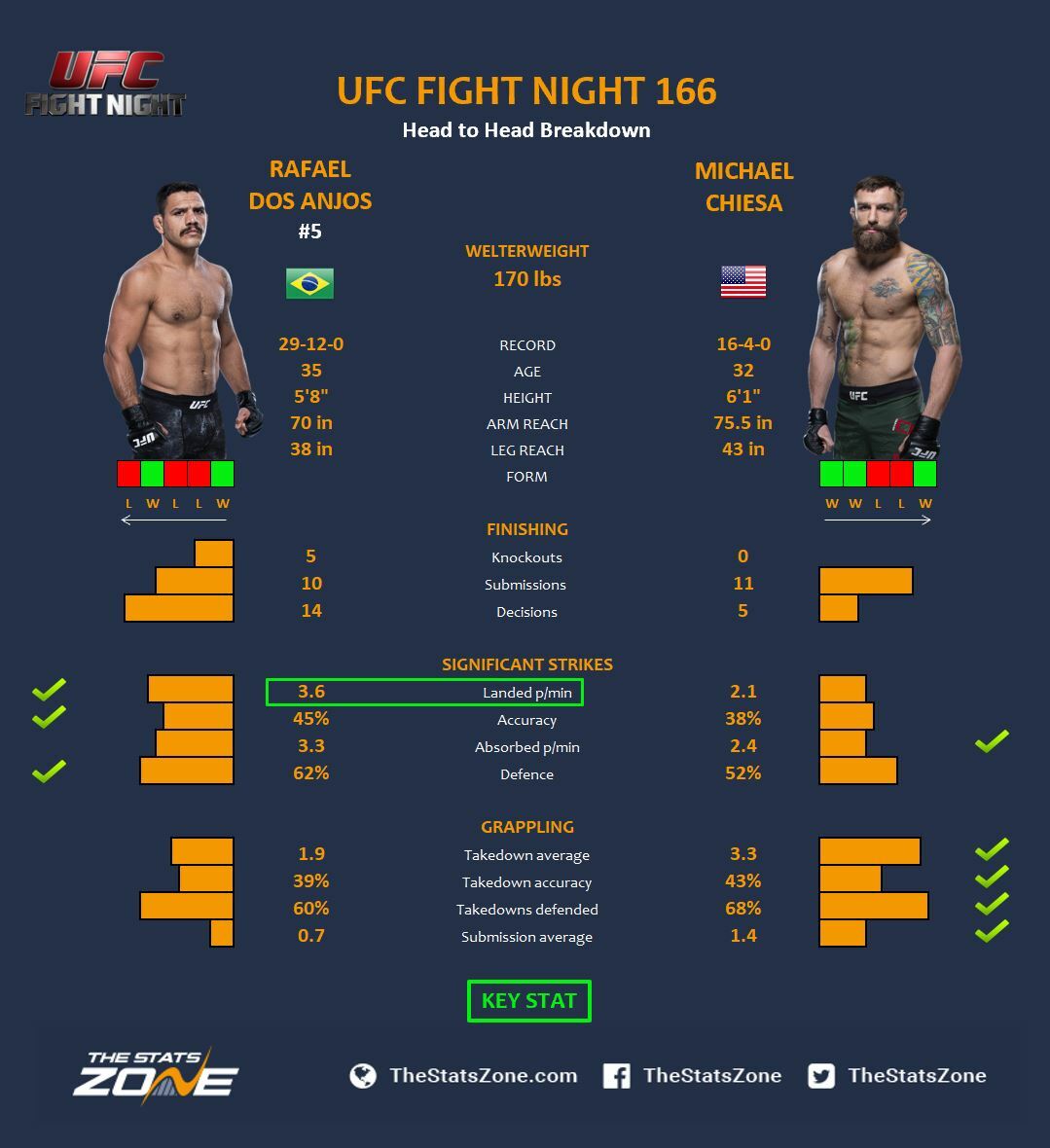 Michael Chiesa looks to make it three from three at welterweight but has a big step-up in competition in the form of Rafael dos Anjos.

The former lightweight champion has had mixed fortunes since he made the move up himself to welterweight but Dos Anjos has stepped in the path of monsters. He is one of many to suffer decision losses to Colby Covington and Kamaru Usman but bounced back with a brilliant submission win over Kevin Lee. However, the Brazilian is coming off another decision loss, this time to Leon Edwards.

Chiesa really struggled with the weight cut to 155 lbs and after getting submitted by Kevin Lee and Anthony Pettis, he decided to make the jump to 170 lbs which is clearly the right division for him. He submitted Carlos Condit and then dominated Diego Sanchez in a decision but this will be a true test of his potential against the classy veteran.

Chiesa’s strengths undeniably lie in his grappling. He has the ability to out-wrestle Dos Anjos but the Brazilian is too skilled on the mat to receive too much damage. Dos Anjos has elite Brazilian jiu-jitsu but Chiesa may try and keep him on the ground to grind out a decision.

If Dos Anjos can leverage his ground skills to force the stand-up battle, you have to back him despite the five and a half reach disadvantage. He is the superior striker but has not finished anyone on the feet since 2015 so a decision is more likely.