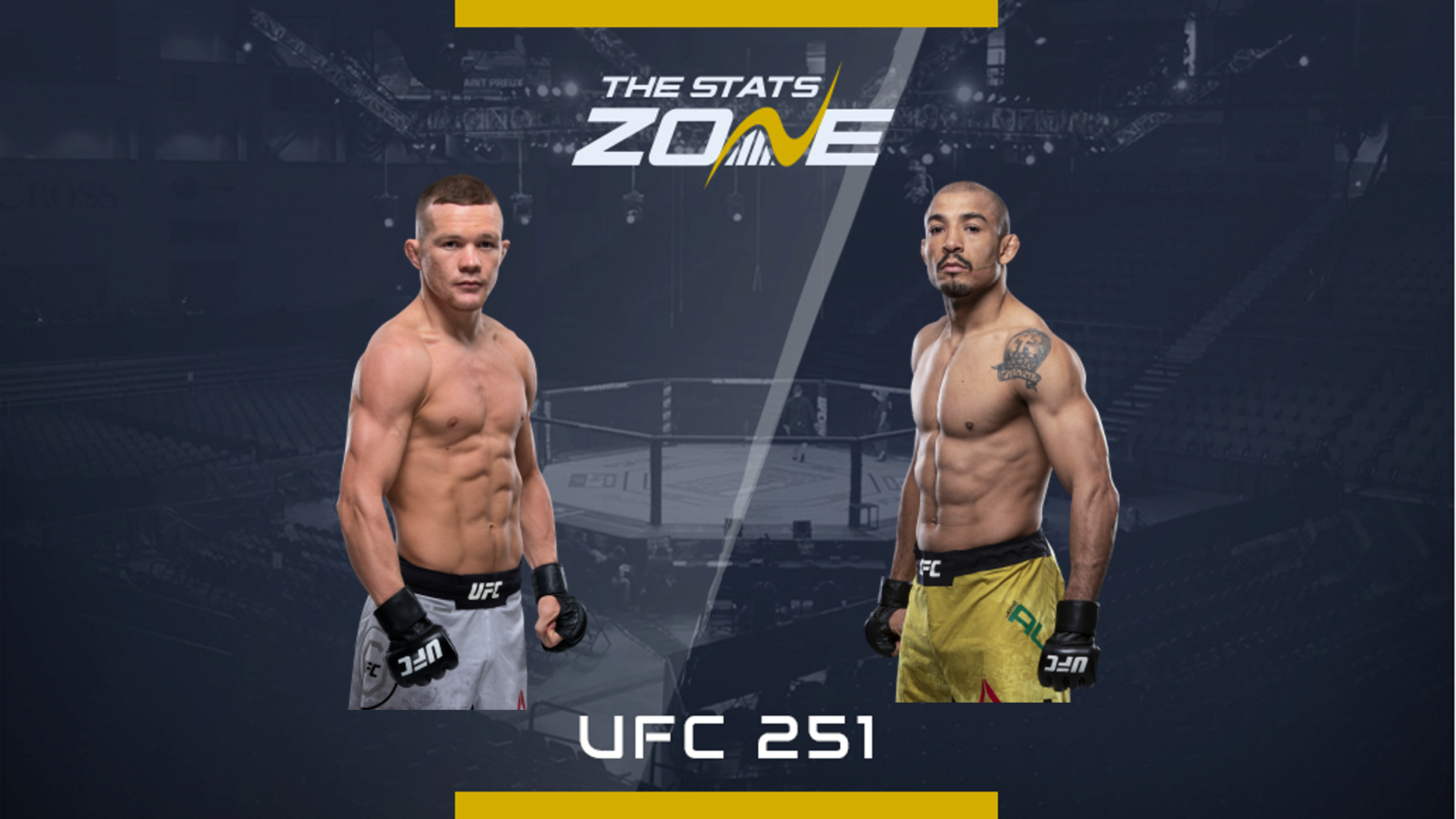 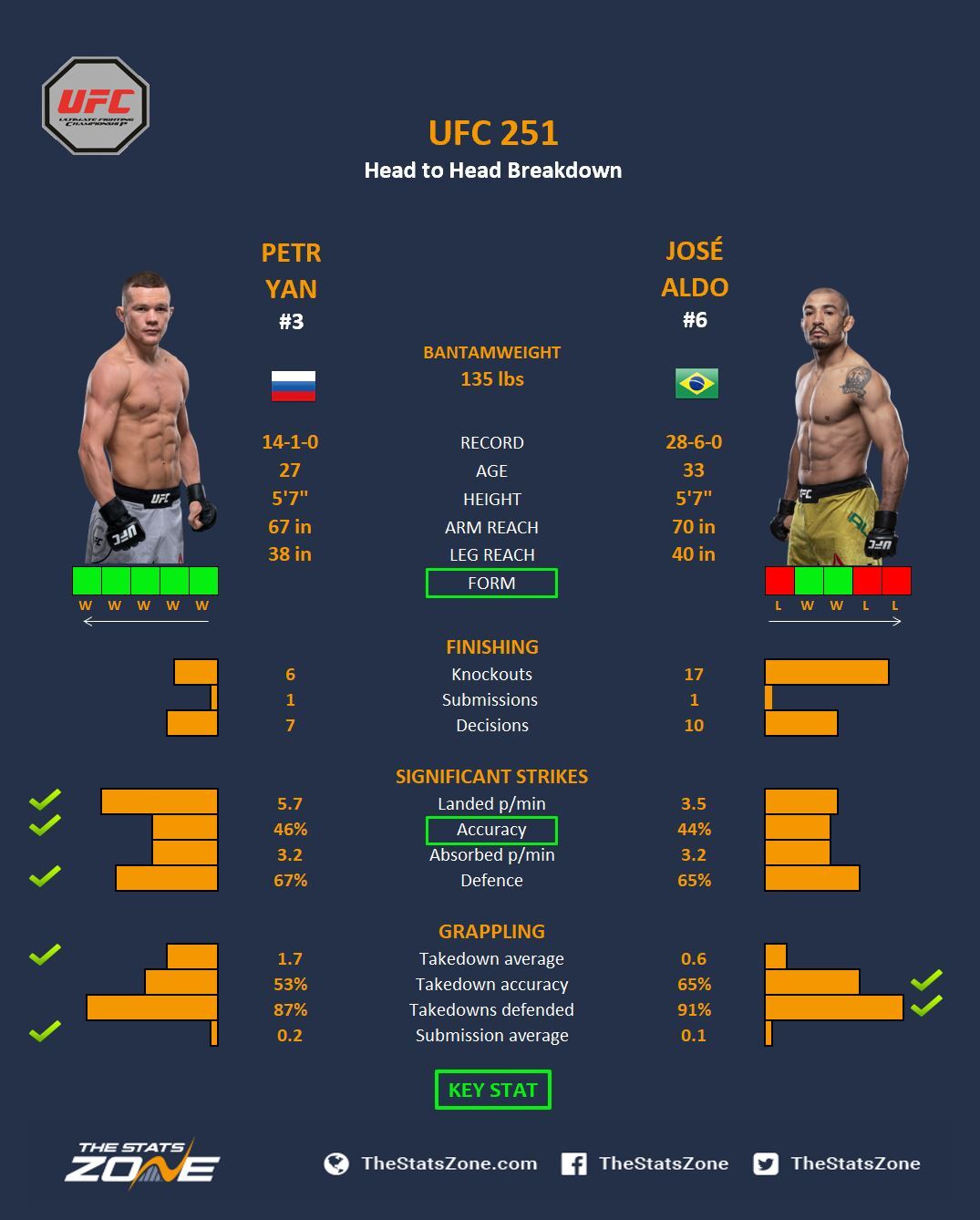 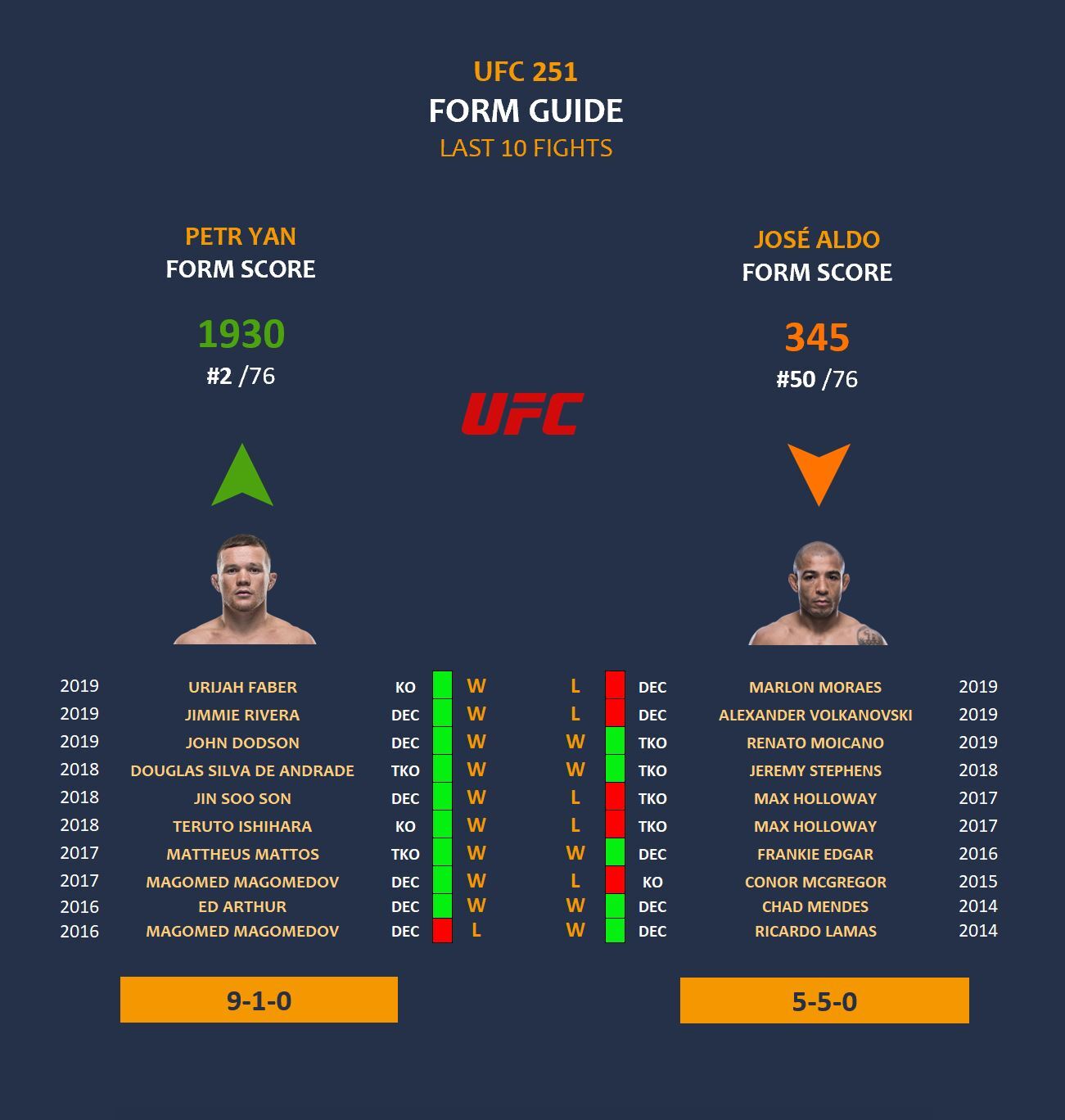 Coming off a loss on his bantamweight debut, ‘The King of Rio’ Jose Aldo meets Petr Yan for the vacant title left by Henry Cejudo.

Yan has earnt this shot compiling an impressive nine-fight winning streak which has seen him rise to #2 in the bantamweight form table. After earning impressive decisions over John Dodson and Jimmie Rivera, Yan met Urijah Faber at the perfect time. ‘The California Kid’ came out of retirement and pulled off a shock knockout over Ricky Simon which got everyone talking. Yan then saw an opportunity to add a legend to his record and displayed his superiority in putting the ageing veteran away in the third round.

It makes no sense for Aldo to get this title shot. After losing to Alexander Volkanovski, he moved down to bantamweight but lost another decision to Marlon Moraes which has seen his form score plummet. However, it was a controversial decision and Aldo looked brilliant against Moraes and with everything the Brazilian has accomplished in his career, he thoroughly deserves to be an exception and earn a title shot off the back of two losses.

Yan does not have the resume of Aldo but on paper, he has the skills to be a legend in his own right. What he lacks in UFC experience, he makes up for in talent and stylistically this has the makings of an explosive battle.

They are both monsters on the feet and two of the hardest hitters in the division with technique to match their power. The biggest difference is experience and miles on the clock. Aldo has spent the last decade only fighting top contenders, usually in five-round fights but Yan has the youth and has not taken as much damage.

Their conditioning could be an interesting factor as Yan has only gone past the third round once in his career and it will be very hot inside the arena. If the gruelling weight cut goes as smoothly as last time for Aldo, expect him to call upon his championship experience to feel out the first couple rounds and then begin to overwhelm Yan, timing his power combinations.

Aldo can cement his legacy here, but he has to respect Yan's power and wealth of amateur boxing experience. He will need a flawless performance and the return of his vintage leg kicks would be helpful to slow Yan down. Aldo is the underdog and we may have seen the best of him, but we have not seen the best of Yan and the sky is the limit for the Russian. A knockout or decision either side is possible here.