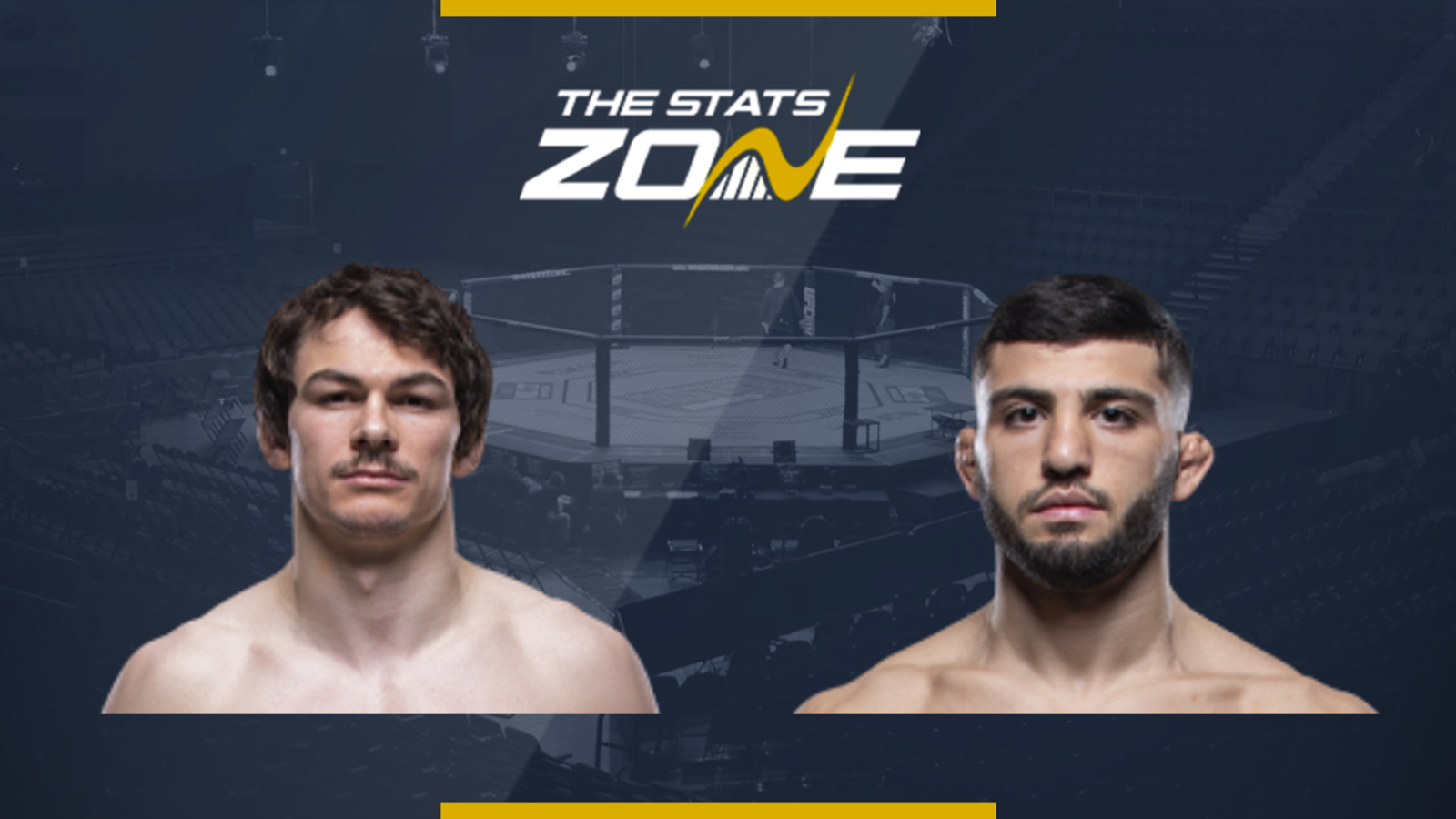 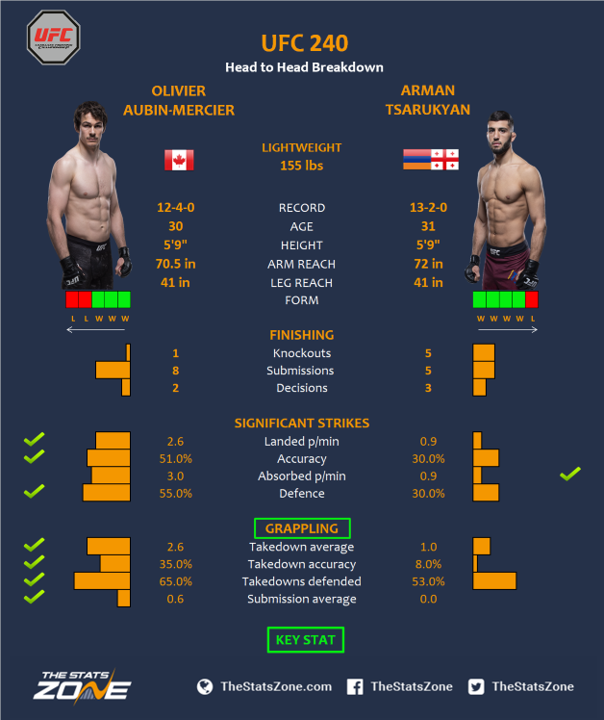 The Canadian Gangster makes his third appearance in a row on home soil and is desperate to prevent a third loss but his matchups do not get any easier as Arman Tsarukyan flies over to spoil the party.

Aubin-Mercier strung four very impressive wins together prior to his two recent losses. He beat Thibault Gouti, Drew Dober, Rocco Martin and Evan Dunham but went on to lose decisions to Alexander Hernandez and Gilbert Burns.

As for Tsarukyan, he was unbeaten going into his UFC debut with Islam Makhachev. It was a baptism of fire as Makhachev, who trains with Khabib Nurmagomedov, is championship calibre but Tsarukyan surprised everyone with an excellent performance despite losing the decision. The Russian was expected to ragdoll Tsarukyan but he held his own in the grappling exchanges and even became the first fighter to take Makhachev down.

The Canadian’s bread and butter is his grappling, in particular his Judo, so the grappling battle will be fascinating. Although Tsarukyan’s stats look woeful, bear in mind these are based off his fight with Machachev and Aubin-Mercier will be well aware of the threat on the feet.

Aubin-Mercier needs to have a solid game plan and call upon his experience to subdue his counterpart, but we feel Tsarukyan is the dark horse in the division and may surprise a lot of people on the night.