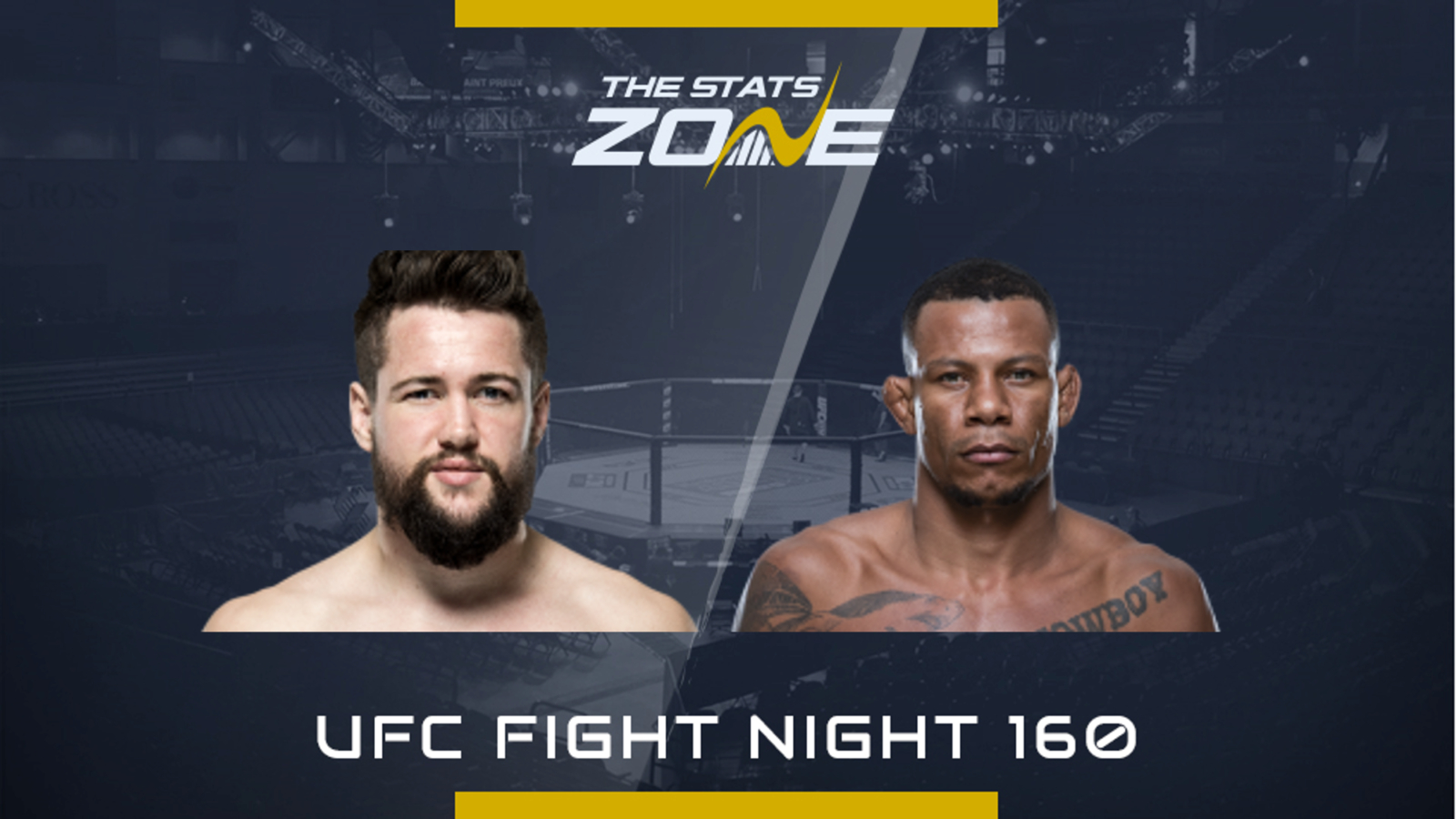 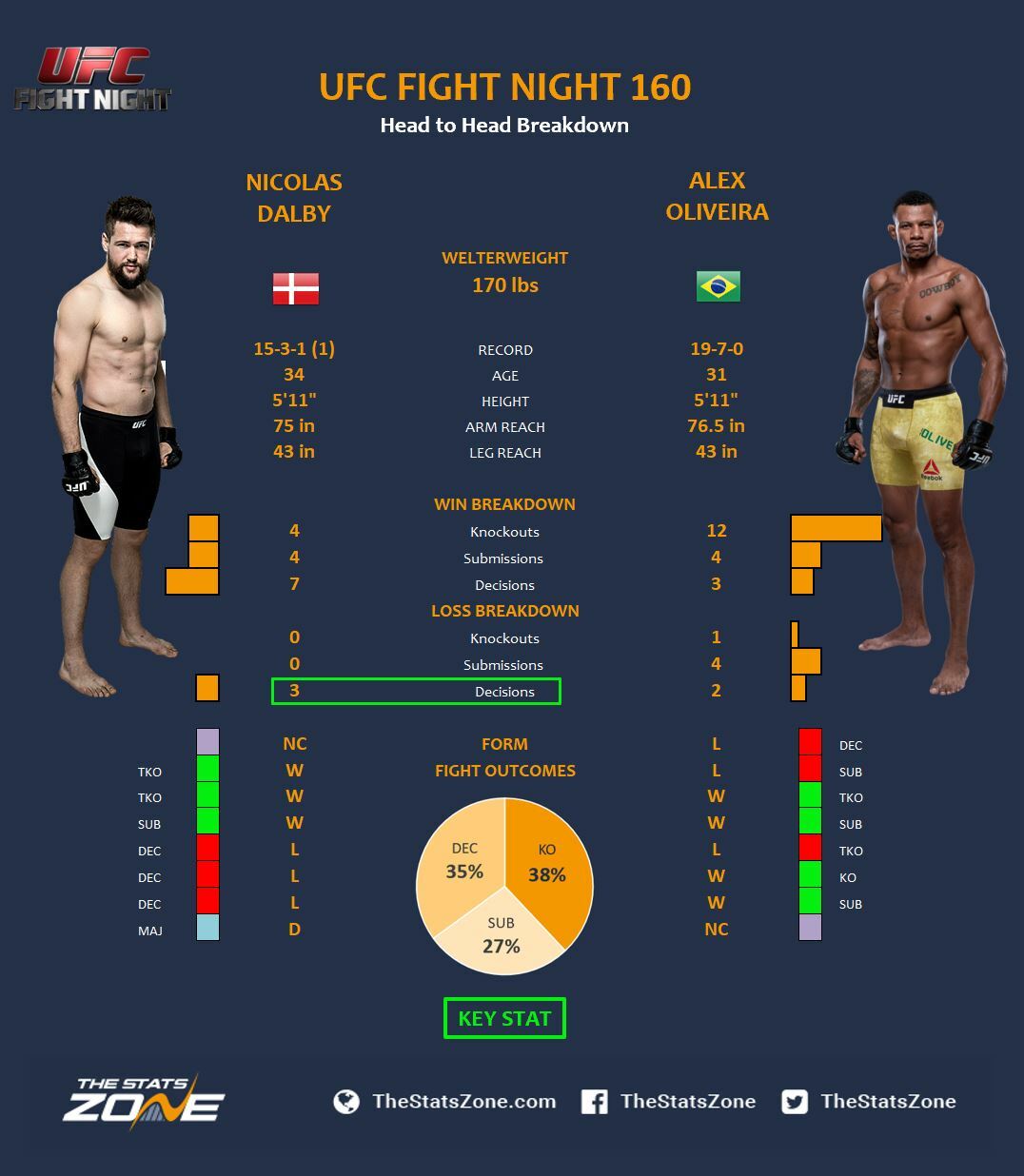 The hometown hero Nicolas Dalby makes his return to the UFC for Denmark’s first hosting, but he has been handed an extremely tough assignment in the form of the experienced Alex Oliveira.

After losing two in a row to Zak Cummings and Peter Sobotta, Dalby was released from the UFC and on his return to Cage Warriors he lost again to Carlo Pedersoli. However, the Dane regained his old form and finished three fights in a row to claim the Cage Warriors interim welterweight championship. Then, in his unification fight with Ross Houston, referee Marc Goddard had to call a ‘no contest’ as the fight was so bloody that the canvas became too slippery and unsafe.

Oliveira is in unfamiliar territory losing two fights in a row. Unfortunately, he also spilled vast amounts of blood in his last fight courtesy of Gunnar Nelson who sliced him with an elbow before submitting him. He then went on to lose a thrilling battle to Mike Perry in a decision and is now desperate to get back on track with a win.

Dalby will be so pumped for the opportunity to fight for the UFC again, especially in Copenhagen. He has the momentum, but he will be under heaps of pressure to perform and Oliveira has the experience to capitalize on it.

This should be a bruising and technical stand-up battle. Dalby will come out fast and aggressive and has the ability to knock Oliveira out but if the Brazilian can be patient and watch out for Dalby’s high kick and left hook he can out-strike the Dane with his own lethal offence and punish him in the clinch.

Dalby is extremely durable and will put everything on the line but Oliveira has more tools at his disposal and will find a way to win.