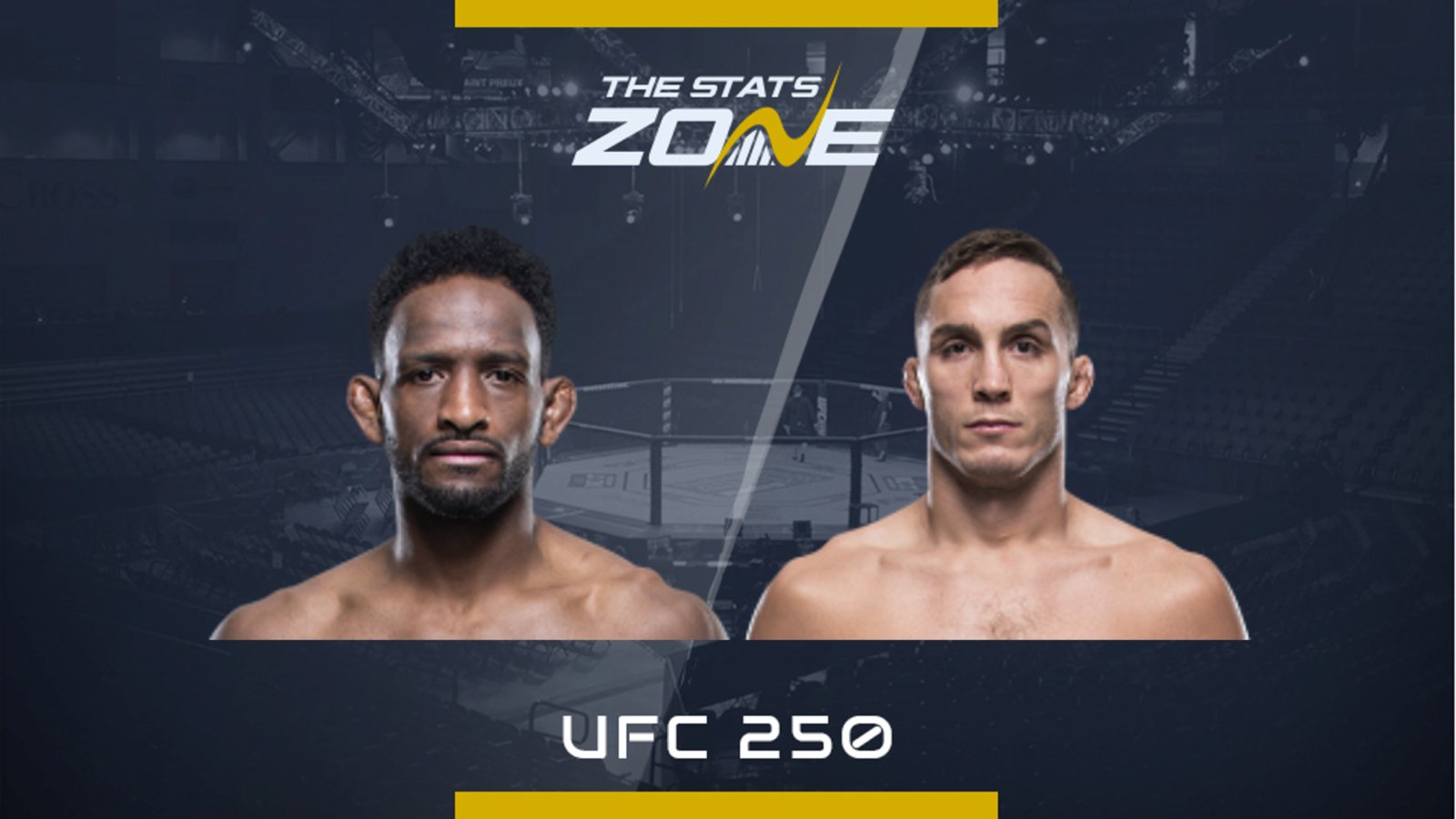 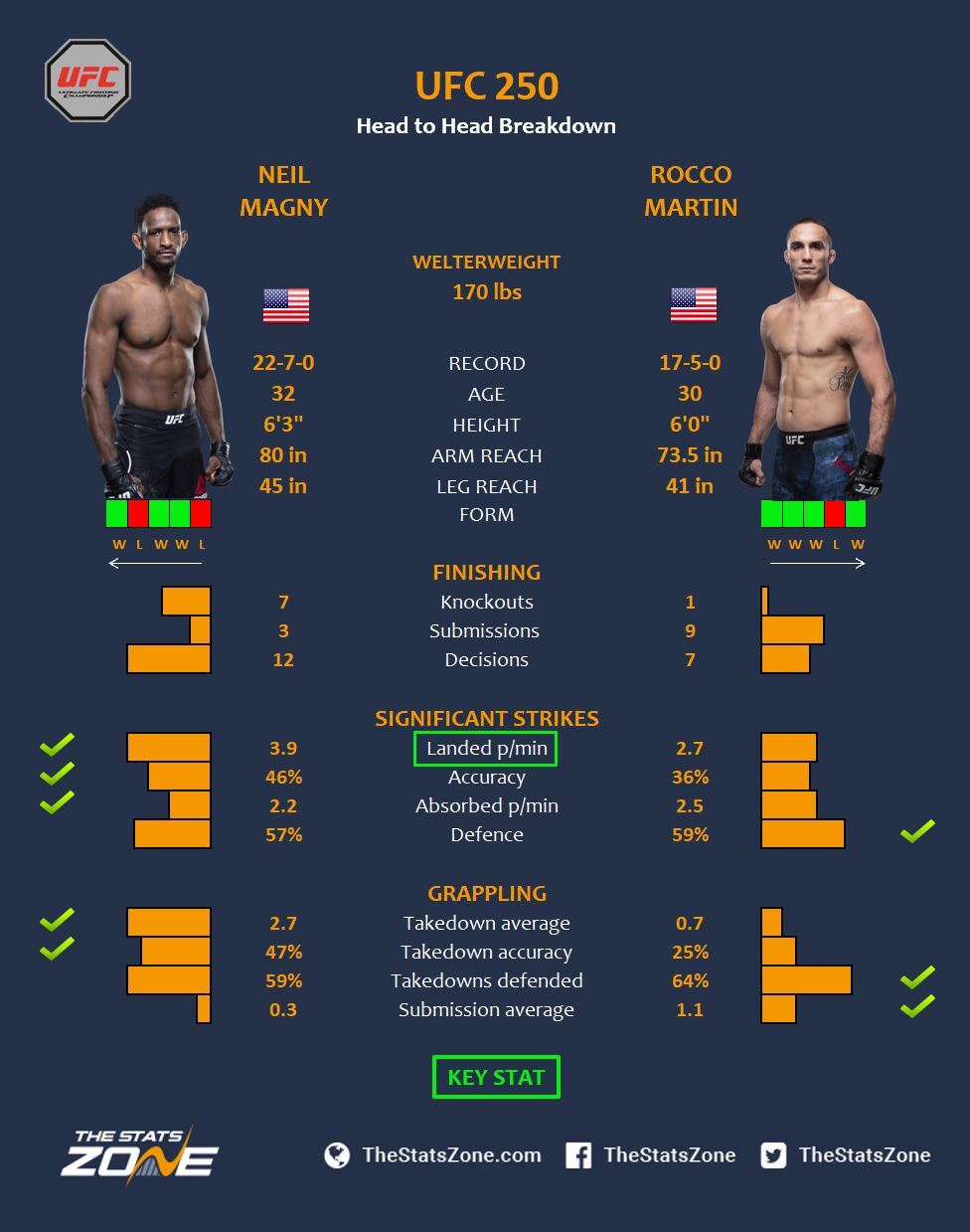 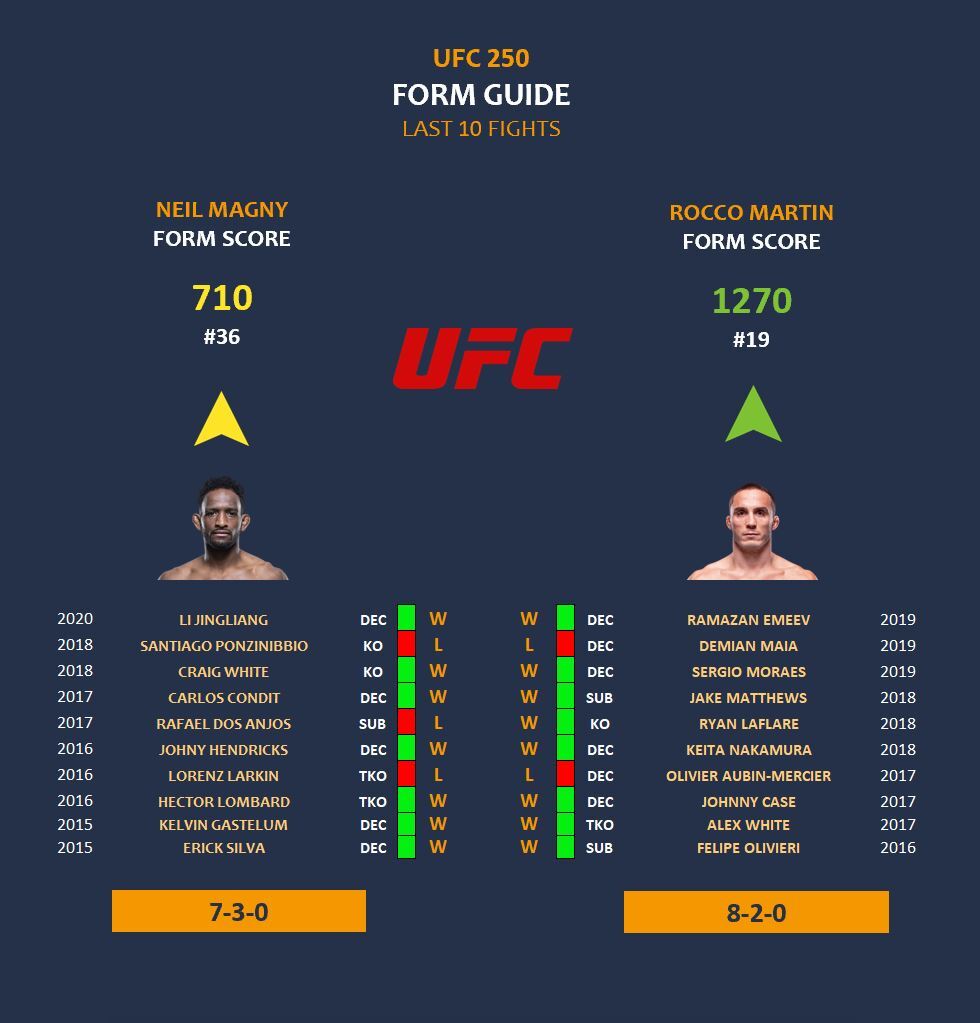 UFC veterans Neil Magny and Anthony Rocco Martin duke it out at the UFC APEX facility.

Magny has only fought once since 2018 after serving a drugs ban due to a contaminated supplement. After a brutal knockout courtesy of Santiago Ponzinibbio that year, he got back in the win column on his return three months ago. He was assigned a very tough assignment in the form of Li Jingliang but cruised to a unanimous decision.

Martin has also bounced back with a win recently with a great performance and unanimous decision over Ramazan Emeev. This was in response to a majority decision loss to Demian Maia which broke a four-fight winning streak.

Both these guys are beasts, but a clash of styles could form a slow-paced fight. They both rely on their output and endurance to wear their opponents down so this will be competitive right until the bell.

Martin’s bread and butter is his grappling and he can grind out a decision if he starts early and ties Magny up as soon as possible in each round. However, Magny’s experience will be crucial in preventing Martin gaining control in the clinch or taking him down.

Expect Magny to grow into the fight and once he gets a read on Martin he can control the distance with his reach and with little knockout threat, Magny will be able to let his hands go but would need a flawless performance to finish Martin.