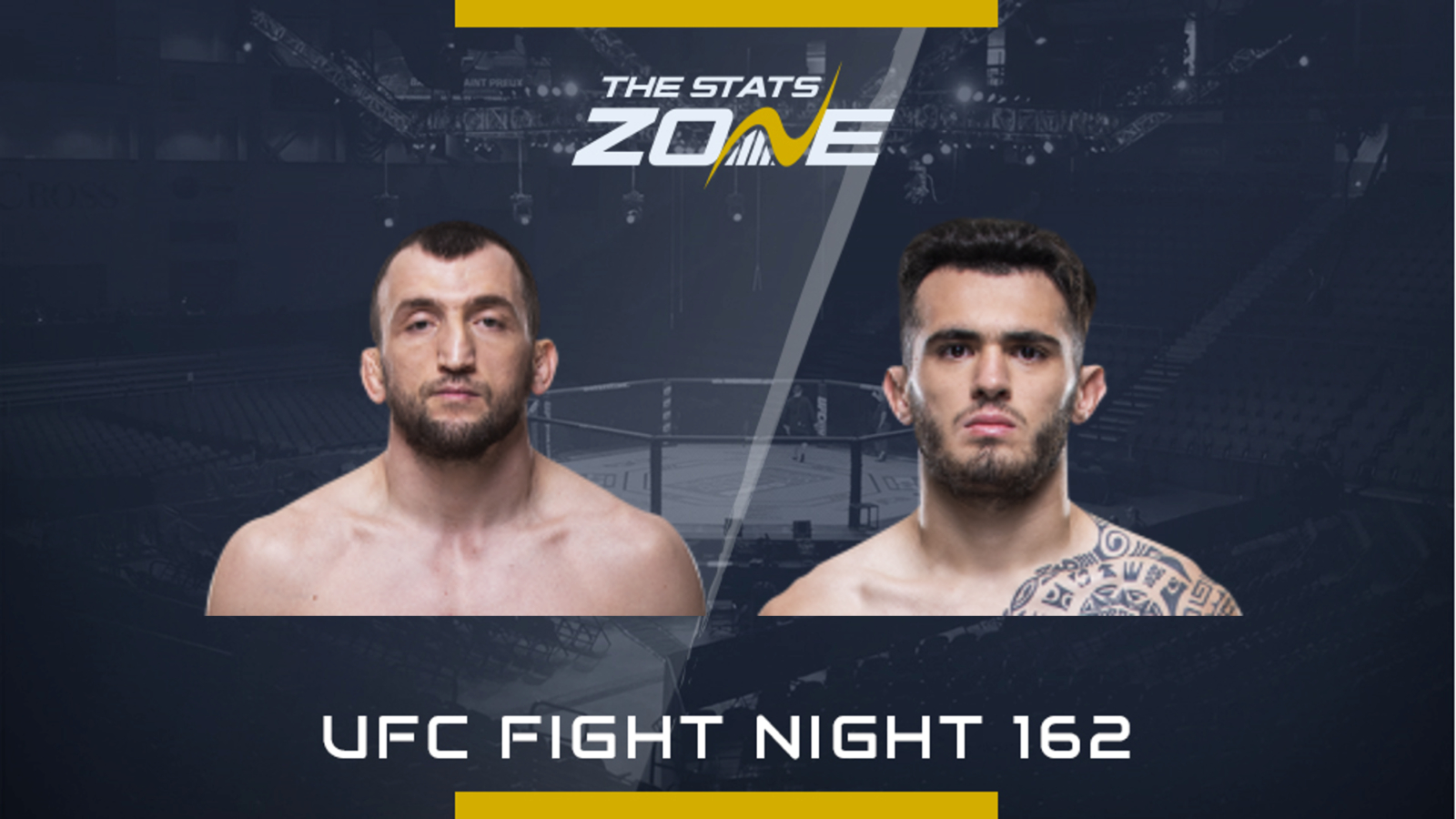 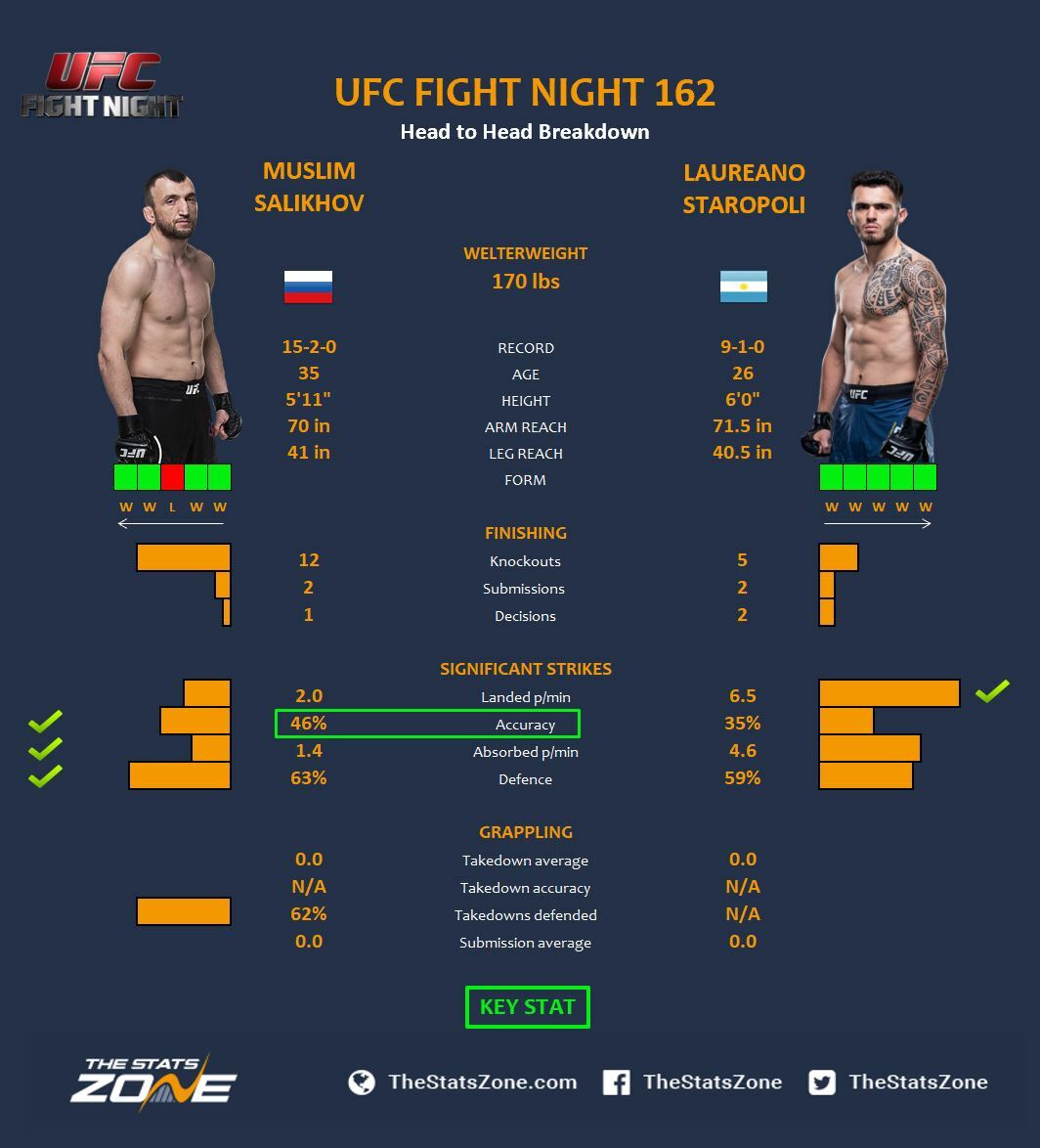 Muslim Salikhov and Laureano Staropoli support the main event in Singapore planning to continue their ascension up the welterweight division.

Salikhov is a kickboxing legend and incredibly accomplished martial artist who arrived to the UFC with a tremendous amount of hype. However, he lost his debut against Alex Garcia who caught him in a rear-naked choke to hand him his first MMA loss but he showed his character in his last two fights by bouncing back with two devastating knockouts over Ricky Rainey and Nordine Taleb.

A man who was also accompanied by a lot of hype is the Argentinian Staropoli who, after losing his third pro fight, is now on a seven-fight winning streak with two unanimous decisions over Hector Aldana and Thiago Alves in his UFC outings.

This could easily be a ‘Fight of the Night’ contender as these are two stand-up specialists with knockout power, especially Salikhov who is a weapon on the feet. Staropoli looks like an exceptional talent but will have to display the grappling elements of his game. If his strategy is to stand and trade with the Russian his night could come to a painful end.