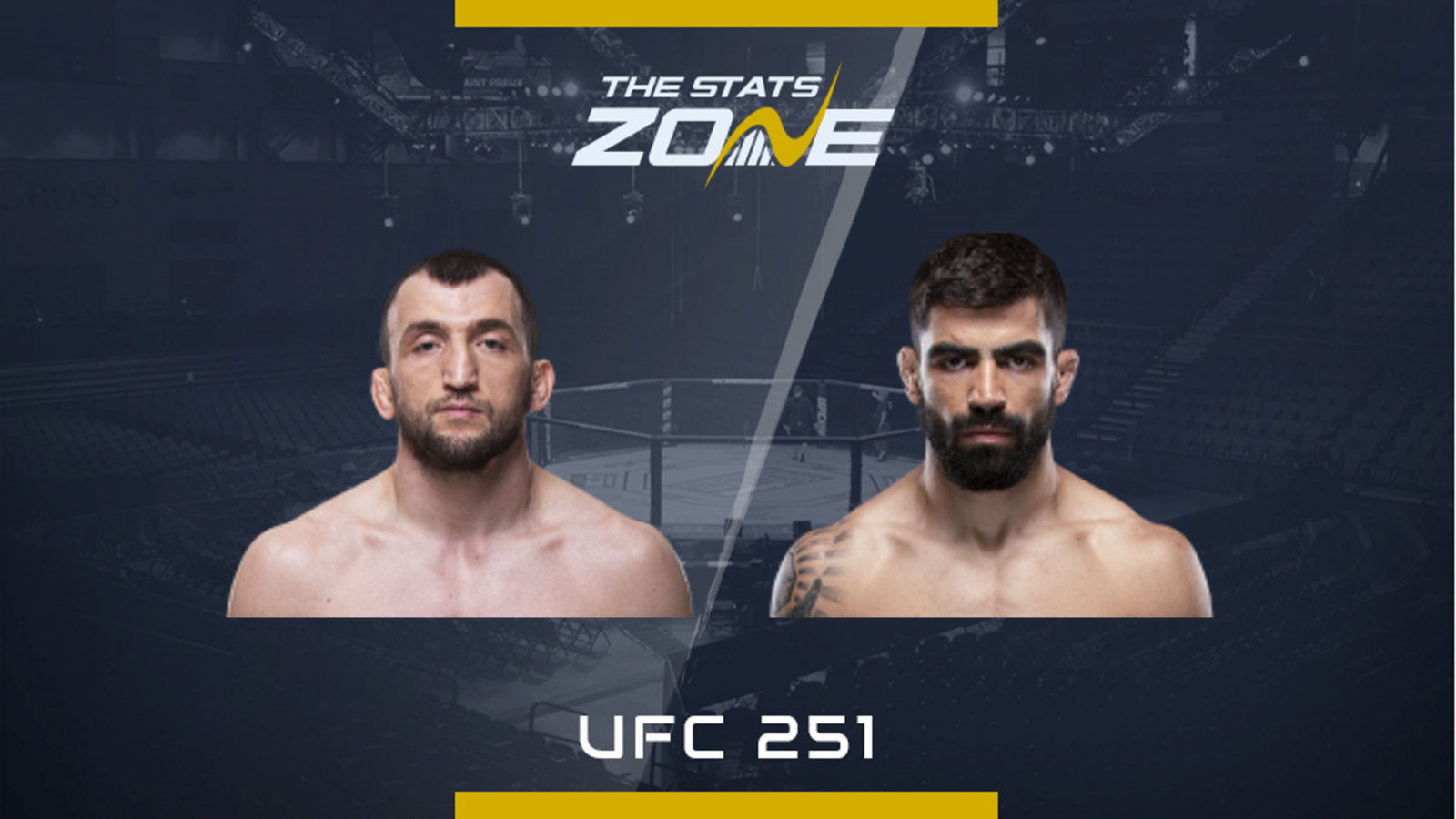 The highly entertaining Muslim Salikhov brings his impressive 16-2 record into this fight and fighter from Dagestan has made quite an impression since entering the UFC. After a submission loss on his debut at the hands of Alex Garcia, he has reeled off three wins in a row including a couple of impressive KO wins. He was due to face Niko Price in April but that was cancelled so now face off against Elizeu Zaleski dos Santos as he looks to extend this streak.

33-year-old Zaleski has won eight of his last nine fights and he brings a 22-6 record into this fight. Similar to Salikhov, the majority of his victories have come via KO/TKO with 14 stoppages, thee submissions and five wins via decision. He won a unanimous decision back in March against Alexey Kunchenko and he will be looking to move up the welterweight rankings with a win here.

This bout has all the hallmarks of a Fight of the Night candidate with both fighters possessing heavy hands. 12 of Salikhov’s 16 wins have come via KO/TKO and Zaleski has had 14 knockouts himself so the chances of this fight going the distance are pretty slim to say the least. Salikhov looks particularly impressive as does his chin. His two sole defeats have come via submission and that may offer Zaleski his best chance of winning. Salikhov has to be fancied to catch Zaleski at some stage and he can add another KO to his tally.